It’s a New Year and there’s so much in this wild world that we want to see and do. We’ve scoured our favorite cities for some of the very best happenings of 2019. From museum openings to new plays, music and iconic bookstores, here’s a list of travel resolutions to inspire your wanderlust in the New Year. So, what are you waiting for? Get out there and experience it all!

The Brooklyn Museum’s highly anticipated “Frida Kahlo: Looks Can Be Deceiving” opens February 8 and runs through May 12, 2019 as the largest U.S. exhibition devoted to the influential Mexican painter in a decade. It will showcase Kahlo’s paintings, drawings and photographs, as well as a collection of her clothing and personal possessions that had been locked away since her death in 1954, shedding new light on the style, politics and life of one of the 20th century’s most iconic female artists.

Tarell Alvin McCraney, the playwright whose work Academy Award-winning film Moonlight was based on, is back with the premiere of a new play at the legendary Steppenwolf in Chicago. Co-written with Tina Landau and also featuring McCraney as the titular character, Ms. Blakk For President imagines a world where America’s first black drag queen is running for president. It promises to be an irreverent, thought-provoking night of theater, running from May 23 to June 14, 2019.

Founded by poet Lawrence Ferlinghetti in 1953, City Lights Booksellers was the de facto gathering place for the Beat generation, first publishing radical voices like Jack Kerouac and Alan Ginsburg in San Francisco’s North Beach. Today, the three-level independent bookstore retains its revolutionary spirit with new releases, hard-to-find indie books and an extensive poetry section, including their own Pocket Poets series. This is where you want to travel for your reading list inspo in 2019. Mark your calendar for February 12 when prolific author Joyce Carol Oates reads from her new novel Hazards of Time Travel at the shop.

From her “Bad Romance” breakout debut in 2009 to her movie star turn in A Star is Born, Lady Gaga’s supernova talent is now being channeled into her own limited engagement Las Vegas residency at the Park Theater, which opened right before the New Year. She’s created two singular shows: Enigma, which is a full pop spectacular and an “unplugged” Jazz & Piano revue. Only a handful of dates combine both of these productions and they’re already sold out, so move fast for these hot tickets, Little Monsters!

From the Grand Ole Opry to the Bluebird Café and the Country Music Hall of Fame, it’s no wonder Nashville is known as Music City. Whether it’s honky tonk hopping on Broadway or an intimate listening room, Nashville is thrumming with the melodies of talented singer-songwriters. For an authentic bluegrass experience, seek out The Station Inn in the Gulch, which has showcased the musical stylings of everyone from Alison Krauss to Alan Jackson and rising stars.

Fresh off its tri-centennial celebration in 2018, New Orleans is always a good idea, whether during Mardi Gras celebrations or any old time of year. Get off the beaten path of Bourbon Street and seek out Frenchmen Street, famous for its laidback vibe and stellar live music joints, from a full brass band at the Spotted Cat to rock ‘n roll at d.b.a. 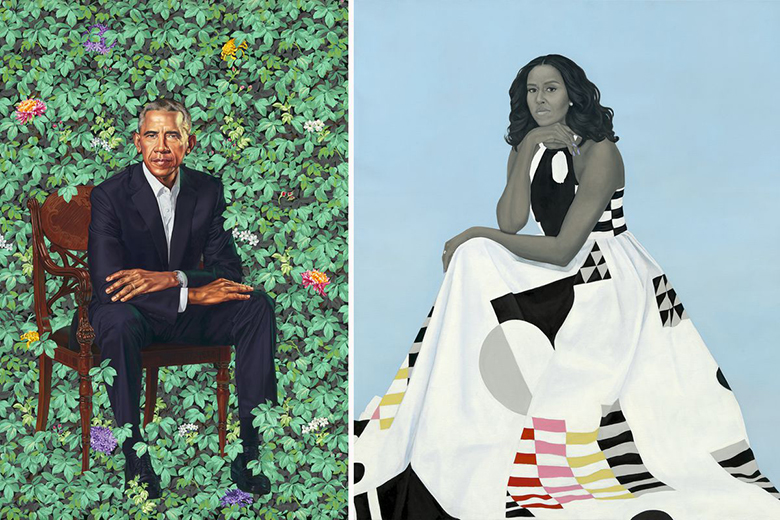 See the Obamas at the National Portrait Gallery in Washington, D.C.

When President and First Lady Obama’s portraits were revealed at the National Portrait Gallery in Washington, D.C. in February 2018, museum attendance during President’s Day Weekend spiked threefold over the previous year. The historic portraits of Barack and Michelle by contemporary superstar Kehinde Wiley and rising talent Amy Sherald, respectively, sparked a national cultural conversation. If you haven’t seen these works of art in person yet, make a resolution to travel to Washington, D.C. in 2019. If you ask us, the third annual Women’s March on January 19 is as good a time as any to pay a visit to our nation’s capitol.