Whether you’re a fan of The Walking Dead or a fan of raw, emotional songs penned straight from the heart – you can probably find a way to become a fan of Emily Kinney. The 29-year-old actress/singer chatted to A Drink With in Richard’s Flat about all the important things in life: love, family, music – and go-to binge foods. Read the full interview.

ADW: SINCE WE ARE AT RICHARD BRANSON’S HOTEL, ONE OF MY FAVORITE QUOTES OF HIS IS, “A TOUCH OF THE JITTERS SHARPENS THE MIND, GETS THE ADRENALINE FLOWING AND HELPS YOU TO FOCUS.” DO YOU AGREE WITH THAT? DO YOU GET NERVOUS PERFORMING?
EK: I do like a little bit of nervousness. I think there’s a certain focus when you’re excited about the task at hand, so it helps you to shut out other things. I used to get really bad stage fright, so I would say in that case maybe it didn’t help me. I’d forget all of the things I practiced because I just didn’t have control over my body and if you’re a performer on stage there’s a certain amount of control you need. The really bad nervousness started to disappear when I realized that it’s all just no big deal. I’m just on stage singing and the worst that happens is I mess up. The only thing that really gets hurt is my ego, you know? This isn’t rocket science, you’re not performing surgery. It can be scary to be on stage, but the best thing that could happen is you change someone and you connect with someone on this amazing, emotional level. The worst that happens is you mess up a bit. Maybe the only thing that’s hurt is your ego a bit, and who really cares!

ADW: BEST PART OF YOUR “THIS IS WAR” TOUR SO FAR?
EK: I’m loving seeing that there are so many fans of my music out there. I’m used to just interacting through Twitter and Instagram. It’s fun to go to a city and be in a room full of people who know all the words. You’re physically with them interacting.

ADW: HAVE YOU DEVELOPED ANY PRE-SHOW RITUALS OR ARE YOU STILL TRYING TO FIGURE THAT OUT?
EK: It’s early enough on so we’re still kind of figuring that out. We quickly realized that it was nice to have a moment with just the band before we go on stage. It was only our second show and we realized for the first show we did a nice little powwow. We held hands and said, “Okay, let’s focus on the music and let go of the day and really be in the moment on stage.” We didn’t do that for our second show of the tour and the third show we all thought something didn’t feel right. We all felt scattered. So now that’s become a ritual. We do that no matter what. Our tour manager knows, he’s like, “Where are you going to have your powwow?”

WHEN YOU HAVE DOWNTIME ON THE ROAD, WHAT WILL WE FIND YOU DOING?
Usually when I travel—being in hotel rooms and having big blocks of space to myself—I do tend to write, but with a tour we’re all together in a van so it’s more of a group situation. We listen to a lot of comedy podcasts so that’s really fun in the van.

WHAT COMEDY PODCASTS HAVE YOU BEEN LISTENING TO?
We’ve been listening to a lot of Louis C. K. 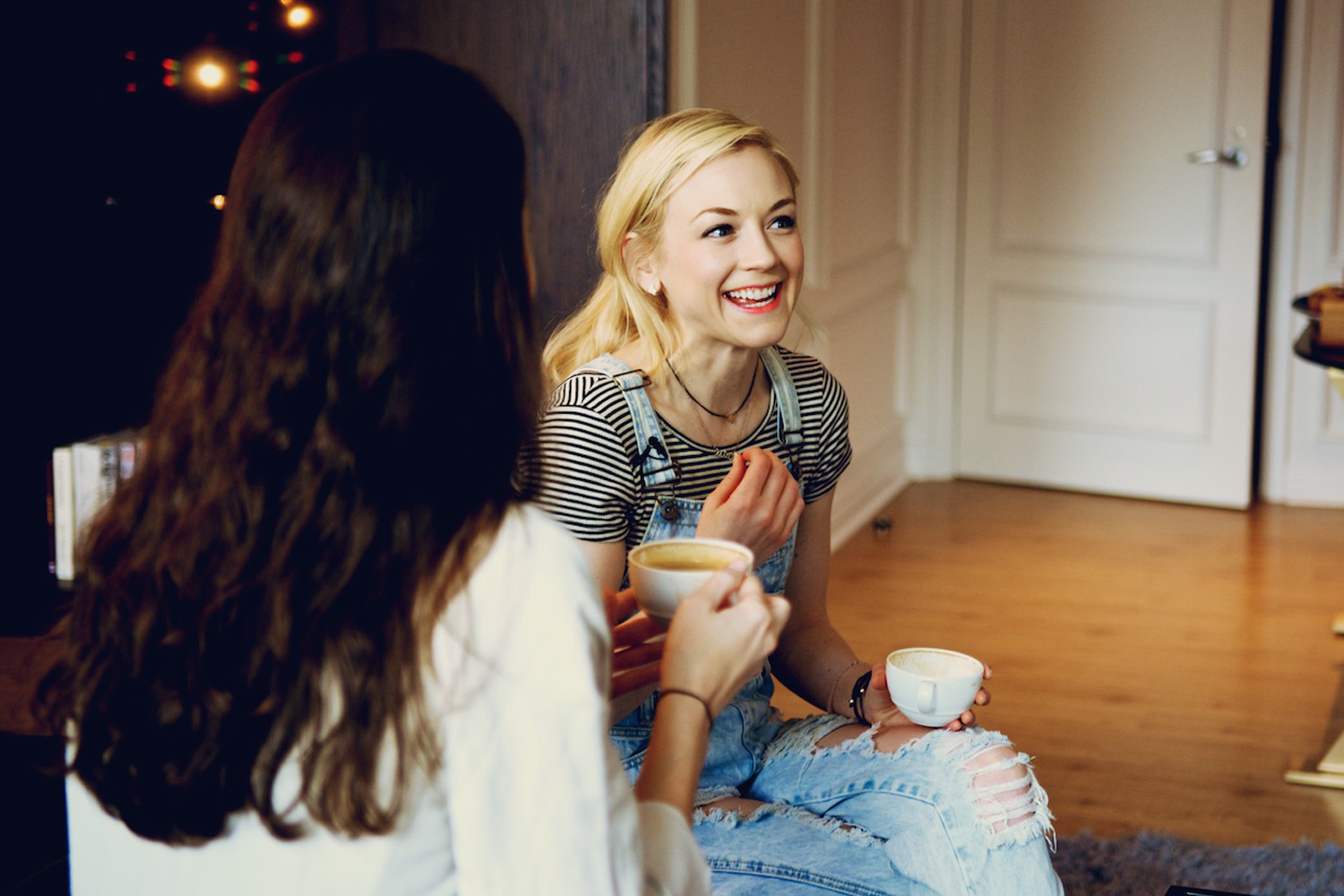 ADW: ON INSTAGRAM YOU POSTED A PICTURE OF THE BOOK “THE ARTIST’S WAY: A SPIRITUAL PATH TO HIGHER CREATIVITY” – IS THAT A BOOK YOU READ?
EK: [“The Walking Dead” Spoiler alert] It’s almost like a workbook and I started doing it when I found out I was going to be killed on “The Walking Dead” – I just needed a little focus. I had actually lived in Atlanta [because of the show], so not only was I sad to be leaving a job but there were also the logistics of moving and wondering what I should do next. I was feeling pulled in a lot of directions, the book gave me these exercises to do. One thing that I kept with me is writing three pages in the morning. I do find writing to be very satisfying. When I was working through things it gave me the focus to be like, “Every morning I’m going to write three pages.” It’s something that I still do. I found that whatever it is you’re trying to do make it the first thing you do. For me, writing is really important.

ADW: ARE THERE ANY HABITS YOU’RE TRYING TO BREAK WHILE SINGING ON STAGE?
EK: It’s funny. Early on in theater you’re told to get rid of certain habits so you can portray a different character. With music I’m trying so hard to just be honest and be myself, so mostly I’m looking for things that might distract or hurt my voice rather than trying to get rid of habits that are my habits. I’m just being myself. I’m not being a character. It’s okay if I tend to do this or do that or dance weird. I’m just being myself. I more so look for things like taking a bigger breath before certain notes. Most people are coming to see and hear live music so I want to give them a quality show. 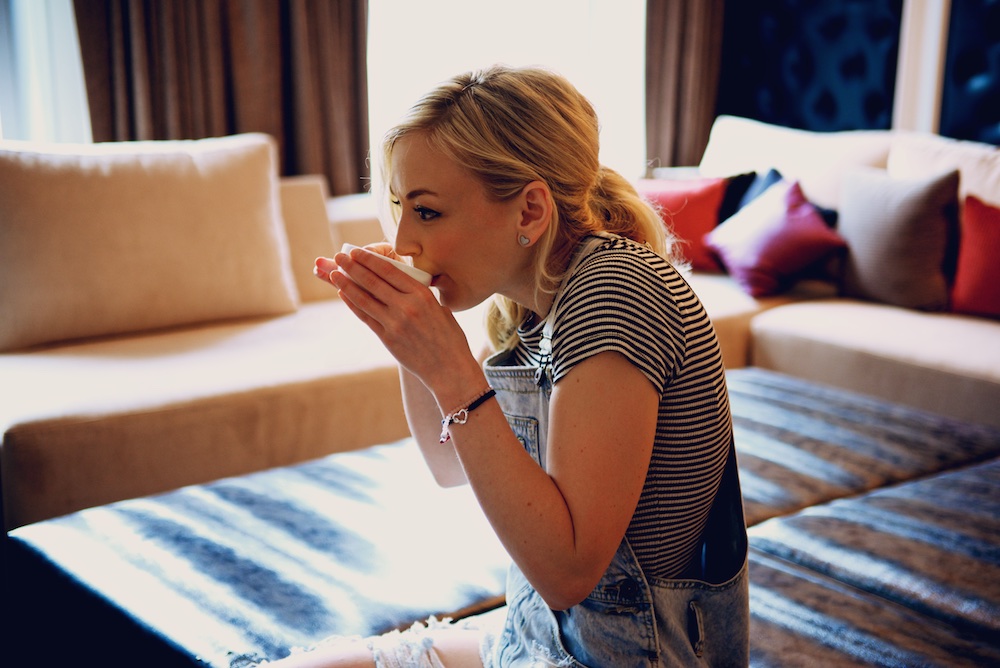 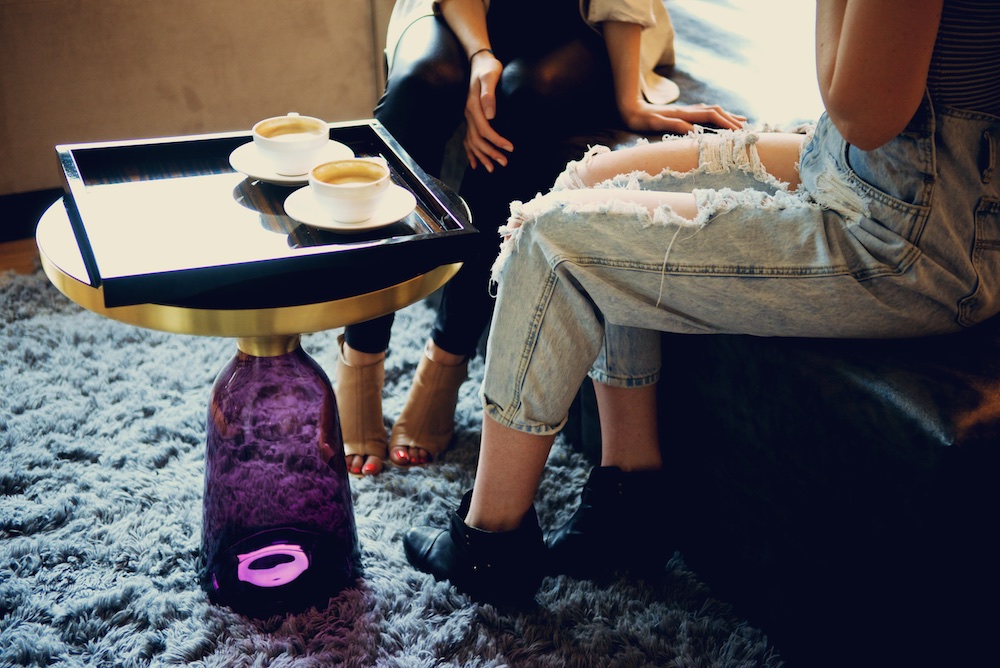 ADW: IF YOU COULD GO ON TOUR WITH ANYONE, WHO WOULD IT BE?
EK: Ellie Goulding, that would be awesome. Or Regina Spektor and Colbie Caillat. It’d be cool to be with another girl and just be empowered on tour. Something like that could be fun. I’m a huge Paramore fan and I’ve actually never seen them in concert, but I’ve watched so many YouTube videos that I feel like I’ve seen them live. I love them.