Song parodist “Weird Al” Yankovic’s career has had more longevity than anyone would’ve predicted when his silly songs hit the airwaves! Weird Al sat down with A Drink With in The Commons Club to chat about his subversive, comedic perspective to his lyrics as well as his craziest fan encounter.


ADW: WHAT’S A QUESTION YOU GET ASKED ALL OF THE TIME?
WAY: When is “UHF 2″ coming out? The answer is, I’m guessing never. You know, I just don’t see how that could possibly be satisfying for anybody no matter what, but the fans want to see it happen. I would love to do another movie. I’m pretty vocal about that. I think I could do a movie that has the same kind of comedic sensibility, but just something else. What’s the point of doing a sequel to a movie that bombed at the box office in 1989?

ADW: AT WHAT POINT IN YOUR CAREER DID YOU FEEL LIKE YOU HAD MADE IT?
WAY: It’s hard to pinpoint. I’ll tell you when I quit my day job. I was signed to a 10-album record contract– and that doesn’t mean they guarantee that you’re going to get 10 albums. It means on the extremely off chance that you’re successful… we’ve got you! We’ve got you for 10 albums. So it’s protecting them, not me. But anyway, I signed this deal. I think the advance was zero. I was working at a minimum wage job in a mailroom and I thought signing a record contract was better than not signing a record contract. I recorded my album and I’m still in the mailroom because I’ve got to pay for the macaroni and cheese. I remember one day as part of my job I went to the post office and got the mail bag and Billboard Magazine was sticking out of the top. I thought, “Well, let me check this out,” and I open it up and I’m there on the Top 100 chart and I thought, “I should probably give notice at work. I should probably get serious about this Weird Al thing.

ADW: WHAT HAS BEEN YOUR BIGGEST PINCH ME MOMENT?
WAY: I’ve had a lot in my life and a lot of them were just in this last year alone. The number one album, [“Mandatory Fun”], was a huge one. A comedy album has never debuted at the top of the charts, so that was never something that I ever, ever anticipated. Recently, right now, I’m on the cover of Mad Magazine. That is something I wish I could go back and tell my 12-year-old self about because I was so obsessed with Mad. So, being on the cover of Mad was just mind-blowing.

ADW: WHAT HAS BEEN YOUR CRAZIEST FAN ENCOUNTER?
WAY: I’ve had so many! The ones that kind of stick out in my mind for some reason are the tattoos. I’ve met several – and this is not an exaggeration– several dozen people who have Weird Al-related tattoos, whether it’s my autograph, my image or visual representation of my song lyrics. I’m thinking, “That’s permanent, you know! That’s not going to wash off.” They do it out of fandom, I guess. It’s very sweet, but wow.

ADW: WHAT ARTIST OR CELEBRITY WOULD YOU GEEK OUT OVER?
WAY: The people that I get starstruck around now are mostly people that I was starstruck around when I was a kid. I’ve met Paul McCartney a couple of times and it’s hard for me to be normal. I’m sure he’d appreciate just having a normal conversation and being real people. I try so hard, but the inside of my brain is going, “Ahhh it’s Paul McCartney!”

ADW: IS THERE A TV SHOW THAT YOUR FANS WOULD BE SURPRISED TO KNOW YOU ENJOY?
WAY: They wouldn’t be surprised that I like comedies, but I like some darker stuff. I was a big “Breaking Bad” fan– I mean that had funny moments, but that got very dark. 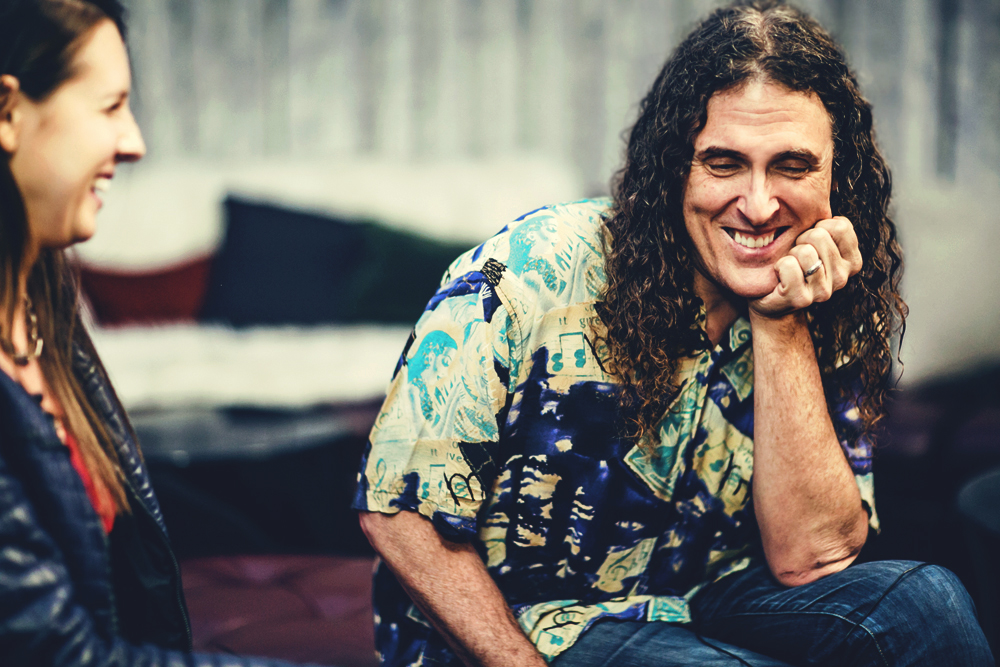 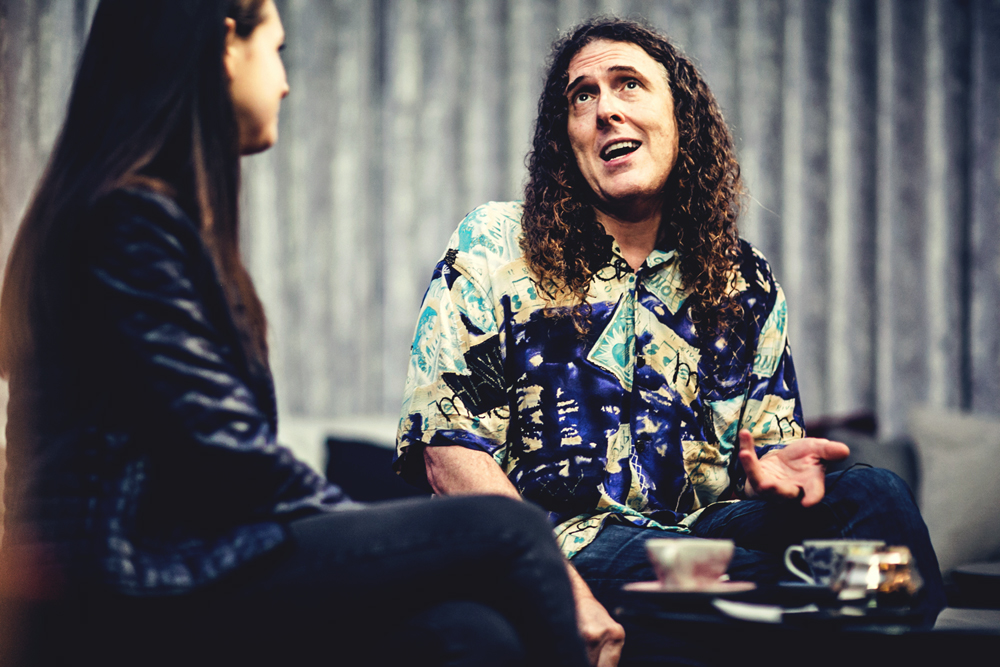 ADW: IF YOU COULD HAVE A DRINK WITH ANYONE, WHO WOULD IT BE?
WAY: In all of history? I’d go with my wife. Maybe in our living room, in the fuzzy chair. 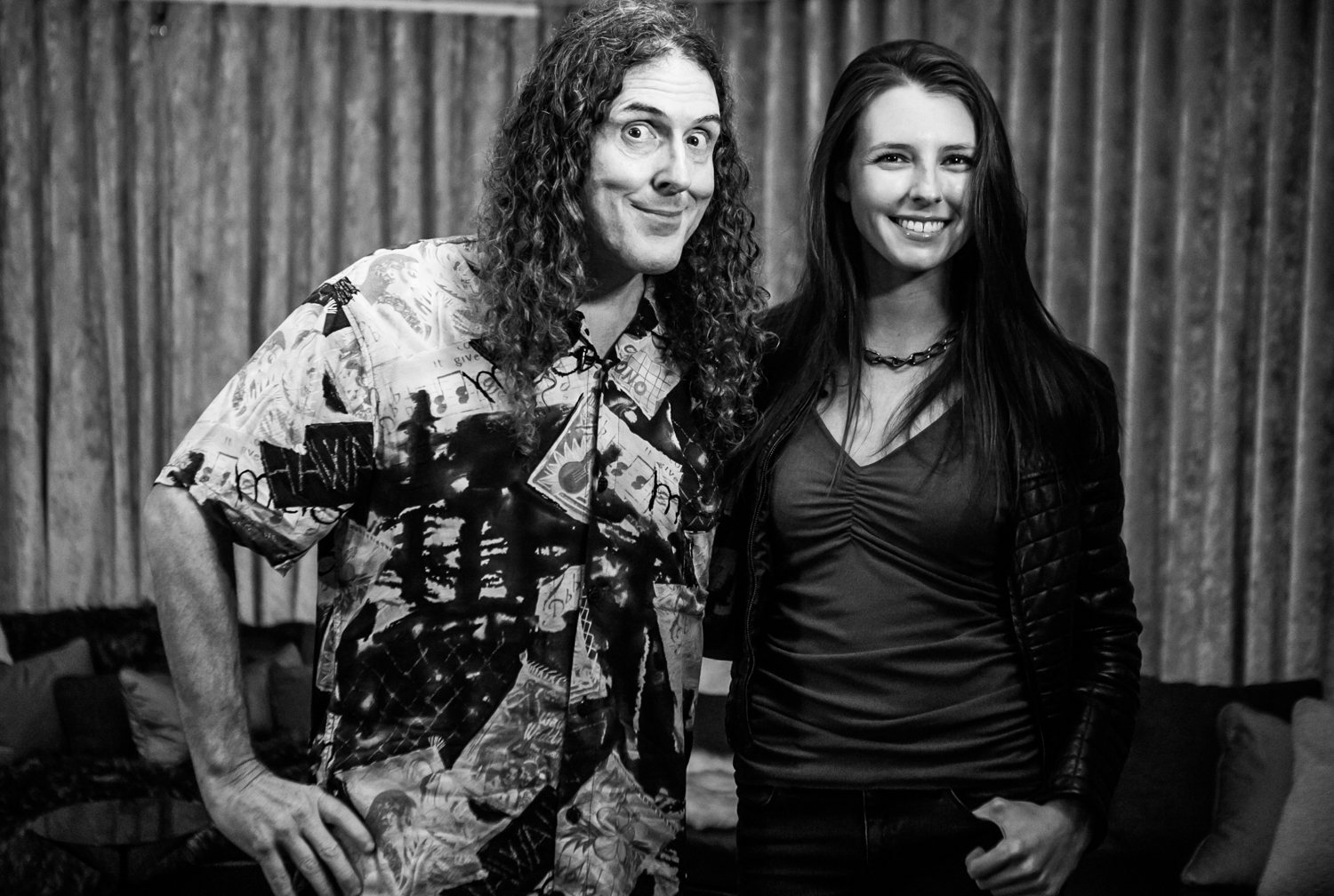 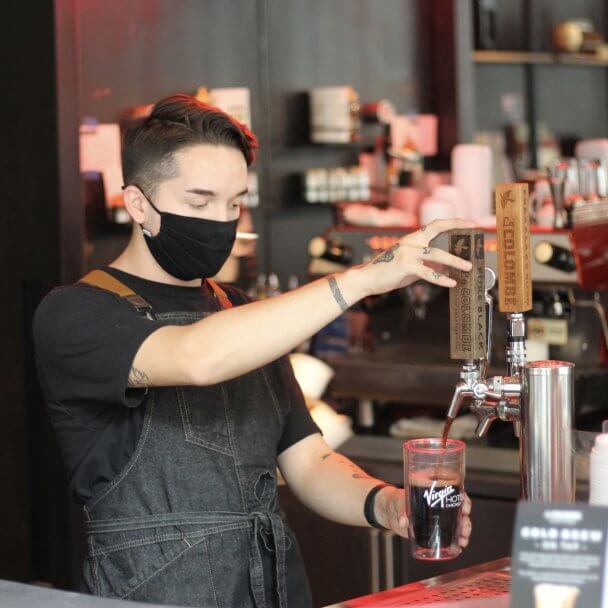