Return To The Virgin Voice
Share Share On Facebook Share On Twitter Share on LinkedIn
Amid the rush of Chicago’s art and culture (and don’t forget fashion) scene this September, artists, art dealers, scenesters and millionaire buyers will be descending on the windy city for EXPO CHICAGO, the International Exposition of Contemporary & Modern Art. Always an oasis for artists, fashionistas, and foremost, fascinating friends, Virgin Hotels Chicago is prepped and ready for such the spectacle.
We sat down with Stephanie Cristello, Editor-in-Chief of THE SEEN, Chicago’s International Journal of Contemporary & Modern Art and Programming Manager of the fair to give us the agenda for September 17 – 20. Below, she weighs in on the hottest events, EXPO ART WEEK and the must see galleries and tours. Cheers to the art-loving, champagne-swilling masses who will take over Navy Pier. 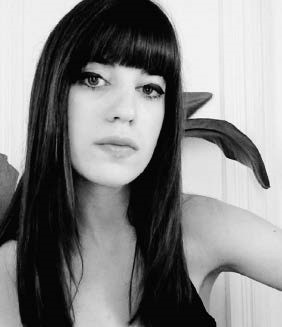 As Editor-in-Chief for THE SEEN, a publication whose objective is to review international exhibitions, I have to keep up with everything happening in the art world year-round—which is overwhelming and energizing at the same time. But September is really when my position launches into fall coverage, from previews to reviews and interviews with artists who will have work exhibited both here and abroad. We just announced a preview of our fall titles, but beyond the publication, which is going to print with Issue 01 this September, I also travel extensively to other international art events as part of being the Programming Manager for EXPO CHICAGO—Venice, Basel, Berlin and upcoming in Paris, London, Miami, etc. It never stops. I love it. I think what everyone will see here during EXPO CHICAGO is this international presence of the art world in our city, and there are a few highlights that people in Chicago or out of town should be looking out for. 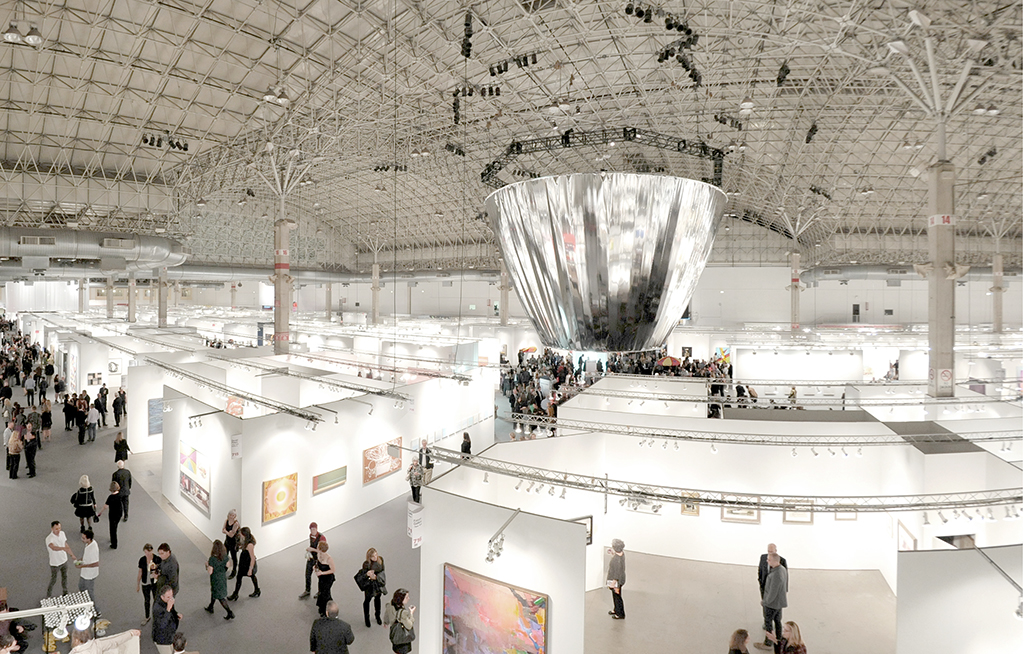 This year, we really tried to expand the breadth of the program beyond contemporary art. What you’ll see in the talks we have as part of /Dialogues is a real integration of other creative fields—architecture, design, criticism, music—from major artists such as Daniel Buren and Felice Varini on the expanded field of painting, through abstract art that takes an architectural approach in real space, or internationally-respected curator Hans Ulrich Obrist in conversation with the Hairy Who, to off-site panels such as Mickalene Thomas in conversation with Solange, moderated by Naomi Beckwith. This is the first year we’ve really crossed into such diverse territory, and I think this type of talk—an artist, curator, and musician—enhances the prevalence of contemporary art in other creative fields, not by leveling these categories, but finding the right pairings of individuals to allow for a productive conversation. 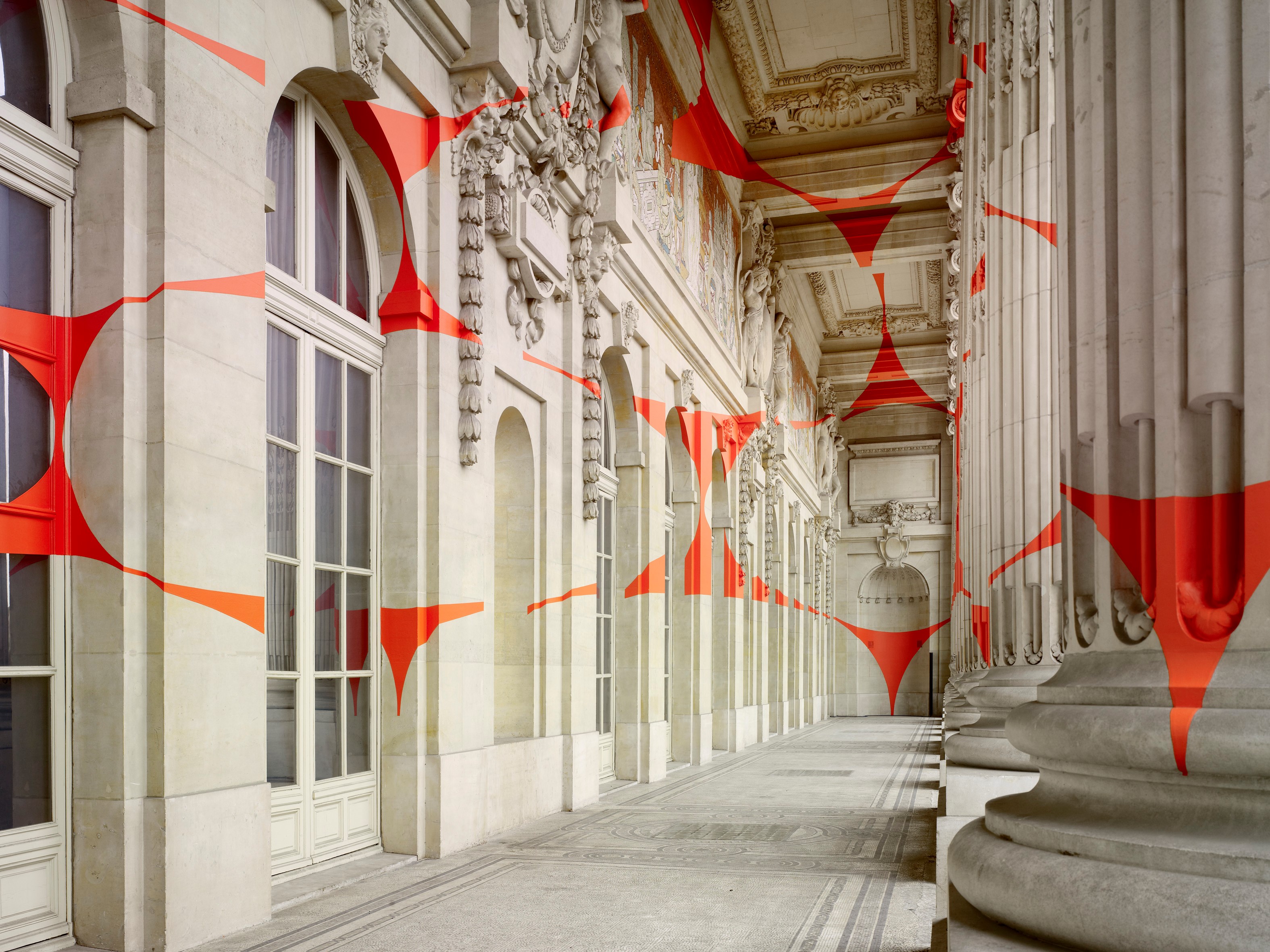 In terms of the fair itself, the exhibitors at EXPO CHICAGO are really what define the programming I am able to do, and the artists I am able to work with. This year, I think a big step is the move for the IN/SITU program, curated by Louis Grachos, to feature suspended works. With Buren participating on the panel, it makes perfect sense that one of his large-scale works will help shape the experience of the fair for every visitor. It is a gorgeous installation that will reflect light and create an optic play that breaks the navigation of booth upon booth. This format will set a precedent to feature large-scale works by major artists in future editions. Buren will also have a piece on view as part of IN/SITU Outside, a public installation that will stay in Chicago for about a year. 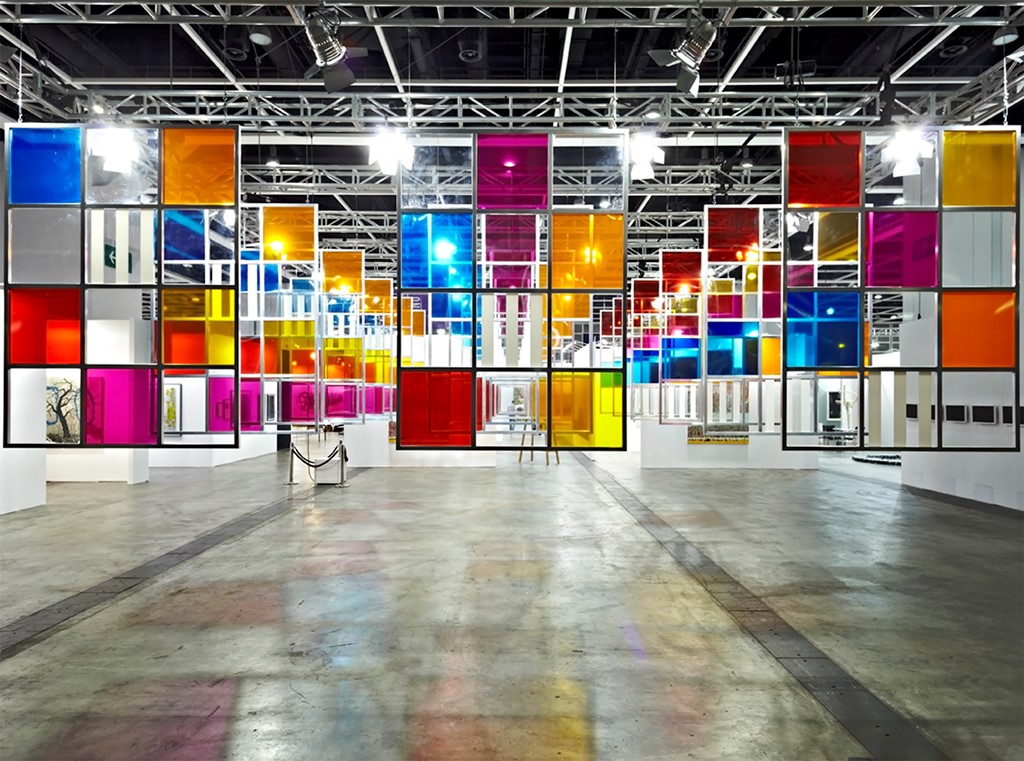 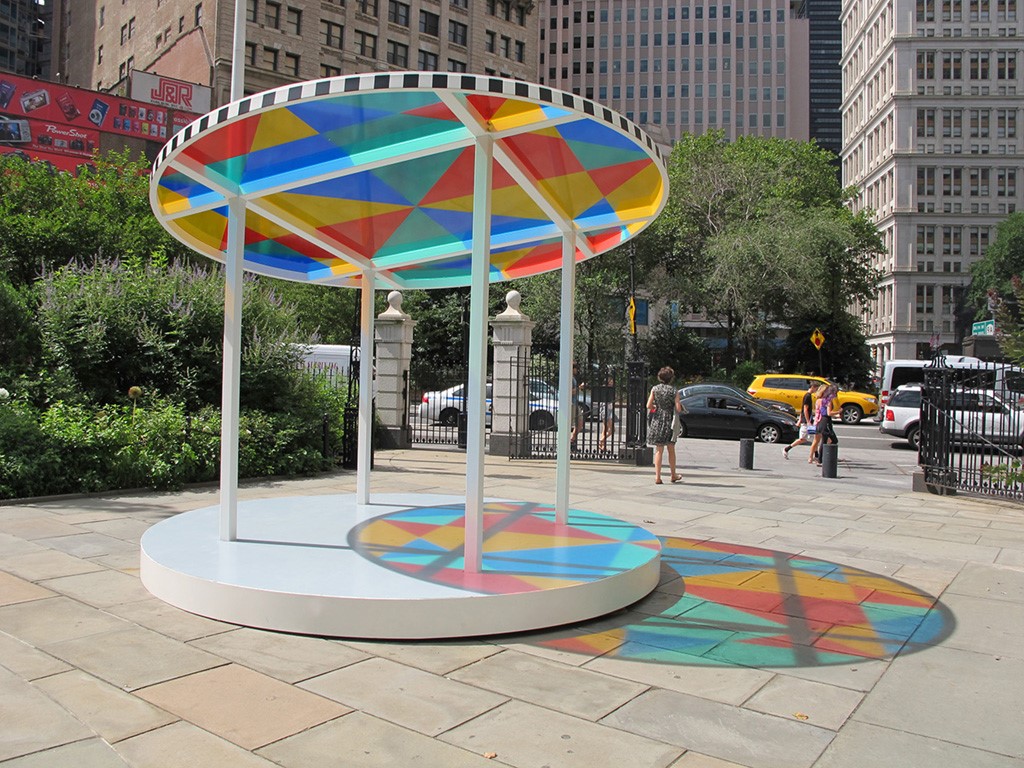 The EXPO VIDEO program is another program that will cross boundaries, similar to /Dialogues, at the cross-section between video art and cinema. I think that the artworks that will be screening as part of this program will be of interest to anyone with an affinity for film, and expose viewers to new ways of viewing video outside of the theater. The works will be featured on pods designed by Studio Gang Architects, but this year we also expanded the program to have two dedicated screening rooms for an immersive experience, and an app that will be available on iOS mobile devices. Alfredo Cramerotti, the EXPO VIDEO Curator, and I met in Paris at an opening while I was on a trip as part of the French-American Curatorial Exchange EXPO CHICAGO inaugurated in 2014, which is how this program and the panel with Daniel Buren unfolded, as well. It was totally unplanned, but has unfolded into this great working relationship that will take form as a prominent exhibition at the fair. 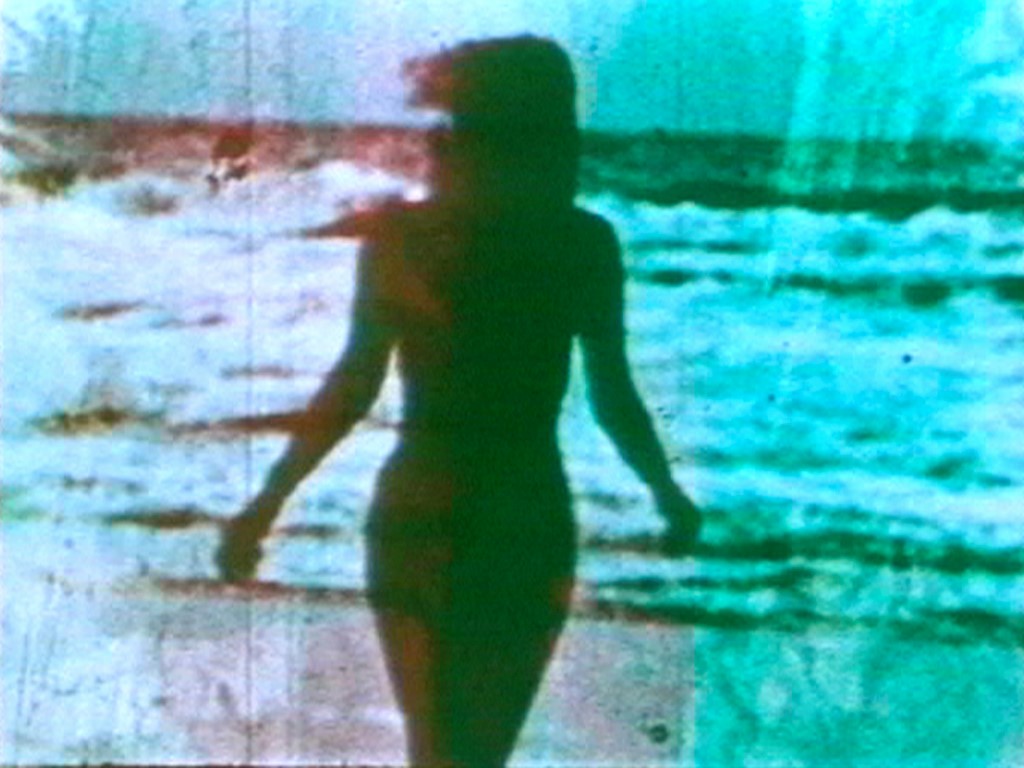 I think that travel is a huge portion of how these coincidences can lead to substantive projects in Chicago, and my hope is that with everyone who is coming here in September, the same will happen for local artists, writers, curators, and cultural producers based in here, elsewhere. 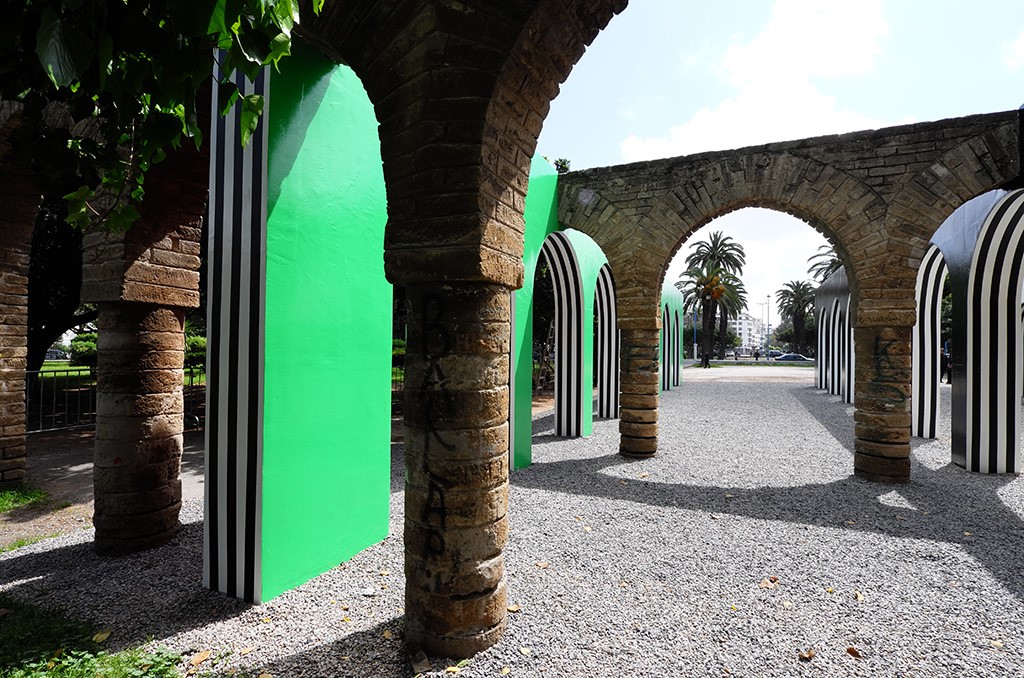