When A Drink With sat down with “Rock Royalty” photographers Pattie Boyd, Carinthia West and Henry Diltz, we felt the heart and soul of the ‘60s and ‘70’s. Not only did  these three amazing photographers capture legends on stage, but also at home and on vacation – granting us our own all access pass to the most intimate moments in rock history. Read the full interview.

Cheers to mimosas in The Commons Club.

YOUR ICONIC PHOTOGRAPHS ARE ON DISPLAY IN AN EXHIBIT CALLED “VISIONS OF A MAGIC TIME” AT THE HILTON | ASMUS [GALLARY]. IS THERE ANYTHING ABOUT A PARTICULAR PHOTO YOU TOOK THAT MAKES YOU SMILE BECAUSE YOU KNOW WHAT’S GOING ON BEHIND THE CAMERA?
CARINTHIA WEST: Quite a few. The one of Mick [Jagger] and Linda Ronstadt is a favorite of my own pictures just because I know he was thinking naughty thoughts, and she was thinking romantic thoughts. Say no more.

PATTIE BOYD: There is a photograph I took in India when we were meditating with Maharishi [Mahesh Yogi]. The Beatles were writing music for “The White Album”. They were all pretty friendly and it was a creative time, but I’ve got one shot of Paul [McCartney] and John [Lennon] sitting together. John is just looking at Paul, and Paul is making some sort of face, and I just wish I knew what had been said! There is something going on!

HENRY DILTZ: A lot of the photos I took were taken on adventures. For album covers with a group we would try to get out of town away from girlfriends, managers and telephones. We had no cell phones in those days, so we’d go spend the night in the desert, go somewhere far away from town and spend a day or two and have a real adventure. You could get some great pictures that way rather than just standing in a studio with lights. 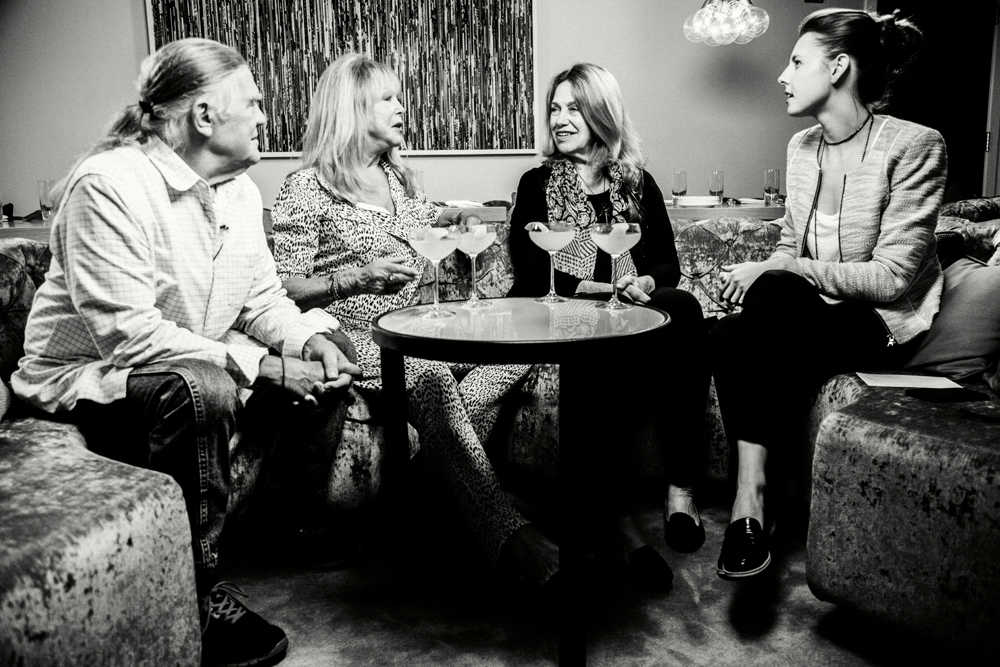 LOOKING BACK, WHAT WOULD YOU TELL YOUR 2O-YEAR-OLD SELF?
HENRY: Relax. Let the universe decide; don’t worry about it so much. What’s going to happen is probably going to happen. Enjoy it. Life is a play, an adventure.

CARINTHIA: Look out behind you. 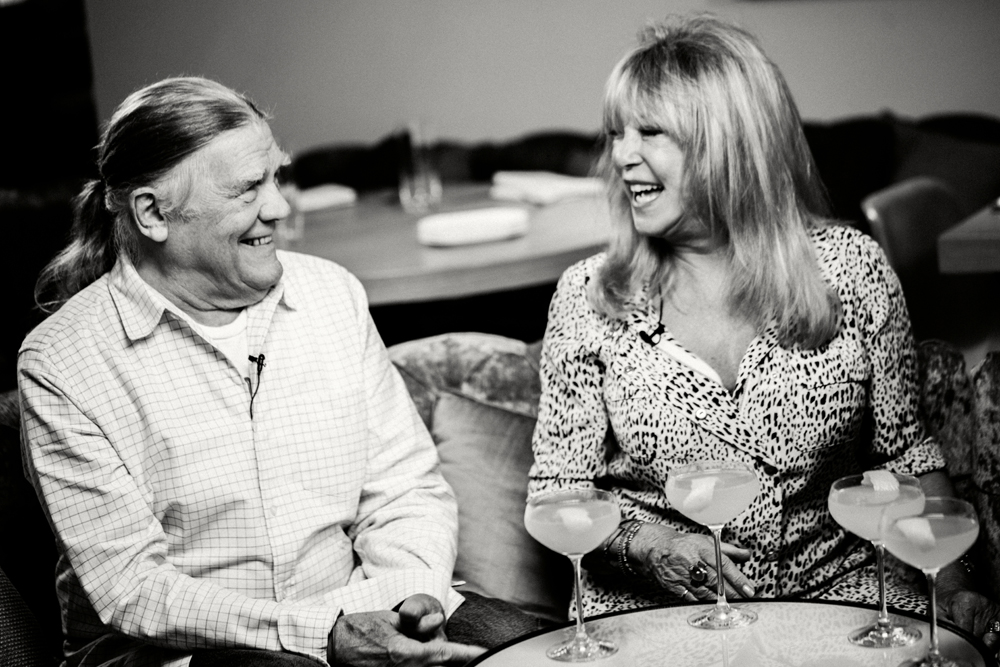 AT WHAT AGE DID YOU TRULY FEEL LIKE YOU KNEW YOURSELF?
HENRY: A couple of years ago. [Laughs] There’s an Indian guru named Swami Satchidananda and I read his book often. He says it’s school. Life is a university, and we’re all in different grades learning in a process of becoming self-realized. He said the best thing you can do is realize that you’re a student and you’re the only student and everybody else is your teacher. If you do that it becomes very interesting.

CARINTHIA: More and more as you grow older you grow into yourself so you don’t give a damn at certain points, within reason.

PATTIE: I thought it would be when I was 30, but that came and went. You don’t make the same mistakes— you sort of hold back because you know, “I’ve done that one.”

PATTIE, AS THE INSPIRATION FOR GEORGE HARRISON’S “SOMETHING” AND ERIC CLAPTON’S “LAYLA,” WHAT CAN YOU SAY ABOUT LOVE? DO YOU BELIEVE IN HAVING MORE THAN ONE SOULMATE?
PATTIE: I think you can have several soulmates, and I think you just mustn’t ever be afraid because you won’t die in love. You might have a broken heart, but that can be repaired.

HENRY: It’s part of the learning process. Some people find a soulmate and they’re happy all of their lives, but some people [don’t].

WHY DO YOU CONSIDER THE LATE ’60S AND EARLY ’70S A MAGICAL TIME?
HENRY: Things were changing; things were new. It was kind of a renaissance and a flowering of singer-songwriters. The nation in the early ’60s loved folk music, and then The Beatles played “The Ed Sullivan Show” and all the folk groups said, “Well we want to play that kind of music.” So they went out and traded their acoustic instruments for electric. It was the new era of singer-songwriters. I mean Frank Sinatra never wrote any songs, Elvis Presley never wrote any songs, but then you suddenly had James Taylor, Paul Simon, The Beatles, Paul, John and George… everyone started writing their own music. That was a new thing.

PATTIE: What I think is interesting is that Henry can talk about his side of the pond in America, and on our side it was a huge awakening of creativity in all of the arts areas, so not just photography but painters and filmmakers too. TV commercials were getting really good, really cool. Later on, a lot of the TV directors became movie directors. People were writing great poems and books. Fashion was really cool. Suddenly a normal skirt length became short and naughty and raunchy. We could go as far as we wanted— total freedom in all areas. 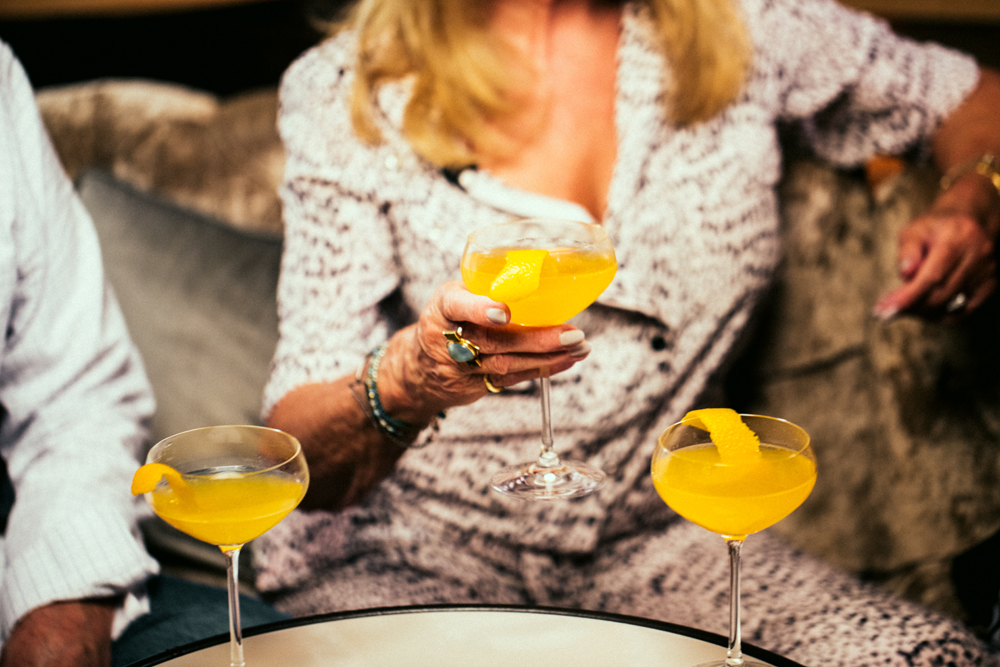 SINCE WE’RE AT VIRGIN HOTELS, DO YOU HAVE ANY FAVORITE STORIES ABOUT YOUR FRIEND RICHARD BRANSON?PATTIE: I did a charity event in London at the Royal Albert Hall. I got a lot of bands to play and it was fabulous. The whole evening was sort of ’60s inspired, so of course I was wearing orange tights, the shortest shorts and very high heels, a feather boa… the whole look and it was fun. I had to go on stage because I was one of the people who helped organize it and Richard appeared from nowhere and just picked me up! I couldn’t believe it! I was thinking, “Oh my wig! My tights!” I had a big curly wig on as well. He seizes the moment.

CARINTHIA: You are very lucky there was no pool nearby because his favorite trick was to throw people in the pool. He’s a superman. I see a lot of him in Morocco because he has a hotel there and I have a house there. He comes out and does lots of charity events and polo events. We consider him one of our finest. He does a lot of good things for a lot of people.

PATTIE: I had dinner with him a few months ago at a friend of mine’s house who is great friends with Richard. This is a great hotel! I am loving it, really. This was fun and it did help with a little mimosa!

CARINTHIA: It has his energy, doesn’t it? Very opulent. It gives great lobby! I was sitting in the lobby last night and I’ve never seen such glamorous women and such good-looking guys going upstairs to the roof bar. 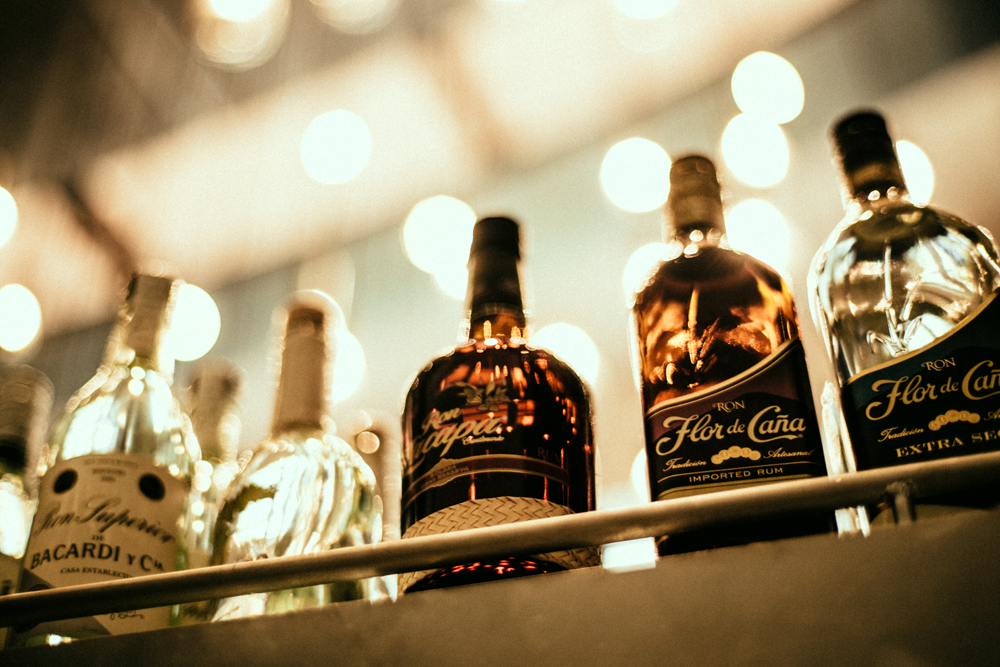 IF YOU COULD HAVE A DRINK WITH ANYONE, WHO WOULD IT BE?
PATTIE: I think Donald Trump! [Laughs] I am joking…

CARINTHIA: I’d love to see Keith [Richards] drink another one, he’s given it up these days. My grandmother. [We’d drink] Schnapps.

HENRY: I’d love to have a drink with John F. Kennedy. Have a beer or whatever. Interesting question. I’ll be thinking about that the rest of the day!

CARINTHIA: Have a Cuba Libre with him. 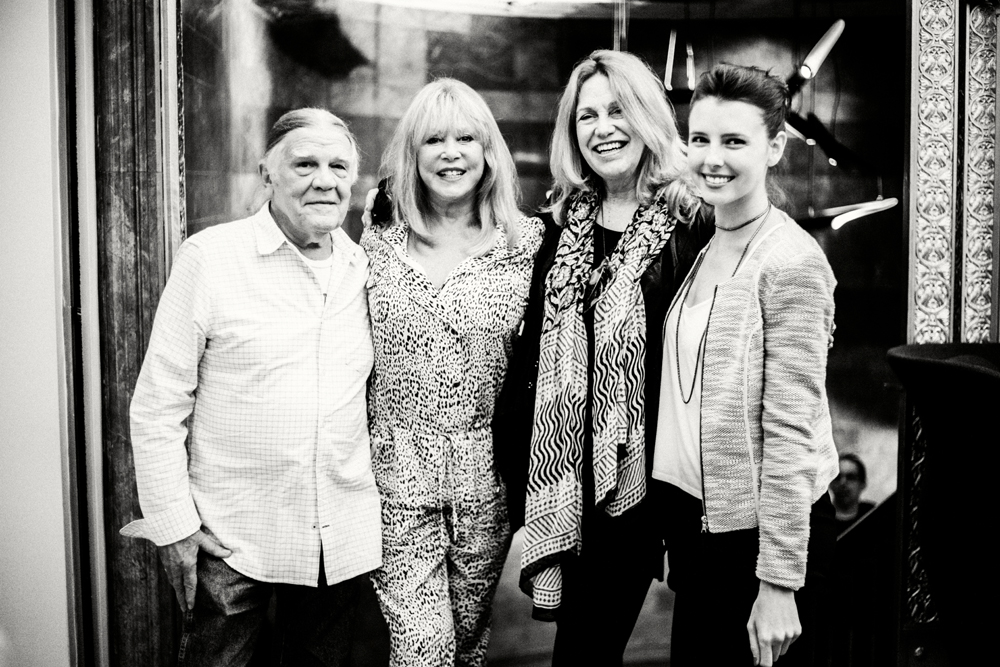