The concept of being at the ready…ready to shoot…ready to capture the unforeseen moments.
Off Safety Photography Exhibit at Virgin Hotels Chicago

Paul Chan photographed numerous rappers, skateboarders & actors for a publication called Kronick Magazine. By admission, Chan captured candid moments that gave the viewer a glimpse into the life of rappers in a more raw and vulnerable state.

The result is intimate, unpolished, and unstaged photos of present day icons shot in candid dialogue. Unrehearsed and genuine, these images capture the energy and personalities; free of stylists or publicists.

These photos pre-date the wide accessibility of digital cameras, cell phones, Youtube, and the internet where everything is constantly being recorded and instantly circulated to millions. Most of this collection has been shelved for over 15 years serving as a visual time capsule of the golden age of hip hop.

The Off Safety Exhibit will be on display through early march throughout hotel – The Commons Club, Cerise and Two Zero Three. For more information and to purchase these pieces visit OffSafetyShow.com

We sat down with Paul to get a sense of his creativity behind this collection.

VHC: How did this collaboration come about?
PC: Chicago has a long and rich history in Hip Hop, the same goes for the iconic Virgin brand. So when the opportunity to showcase OFF SAFETY at VHC was presented to us we was like, “Word? Word.” 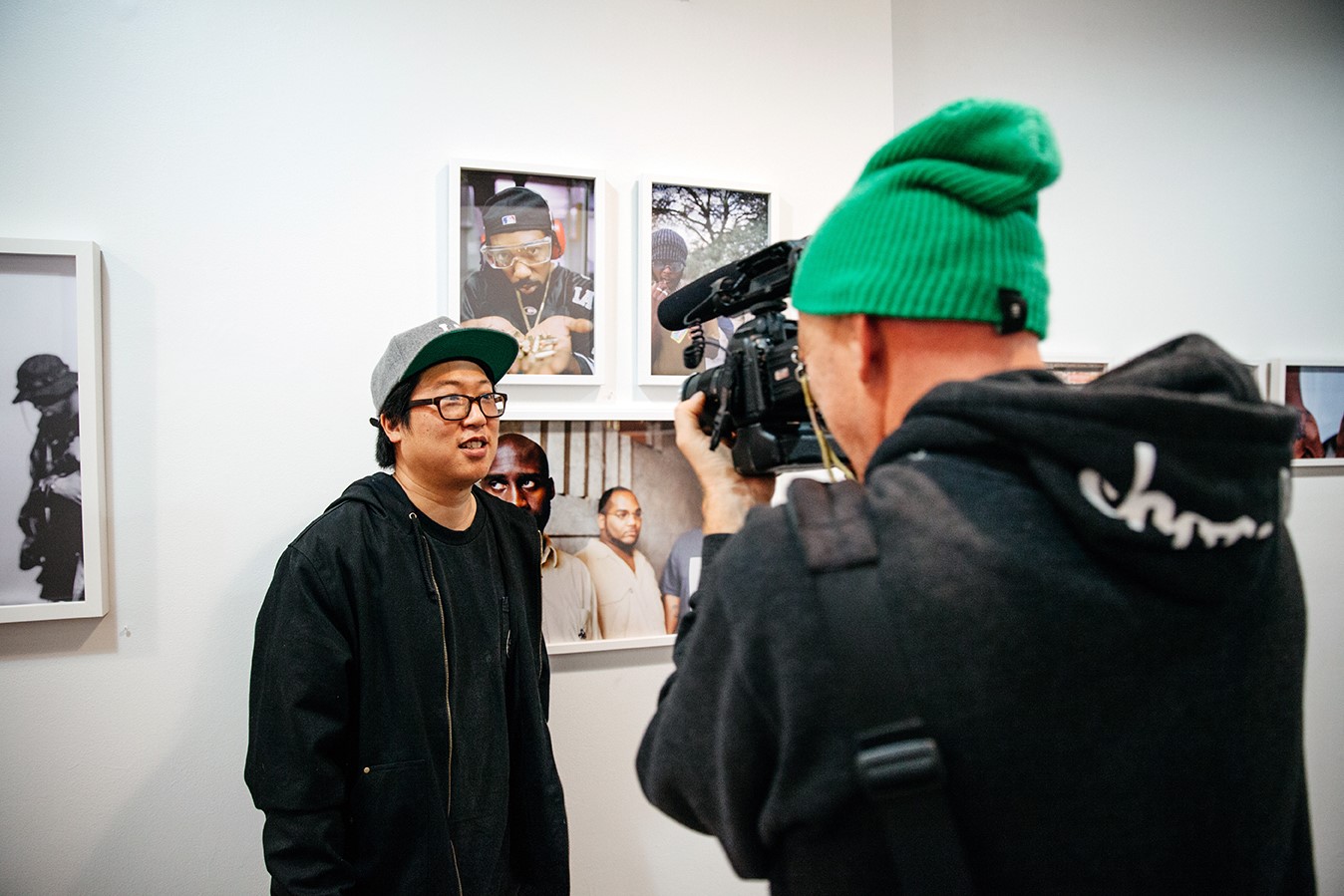 VHC: What pieces are you showing?
PC: Common- This photo was taken in 2001. He was knee deep in his Erykah Badu relationship and for better or for worse she heavily influenced his fashion sense.

The Neptunes- In 1999 the world would be forced to take notice of Pharrell Williams and Chad Hugo the production powerhouse duo known as The Neptunes. On this particular night in Manhattan they were in a studio session with a then unknown Kelis laying down the finishing touches to Ol’ Dirty Bastard’s classic single Got Your Money.

Q-Tip- I love this photo because you can tell it’s a real situation; nothing staged. What you don’t know is that I’m actually sitting in the middle row of an Escalade with Capone-N-Noreaga on the way to a spot I had picked out to shoot some photos. We randomly see Q-Tip walking down the street as we’re sitting at a red light. I remember Capone flagging down Tip over my shoulder and through my window. I pulled out my trusty Nikon F2 and got this shot.

Ice Cube- I know it’s not his fault, but I remember waiting hours backstage in Connecticut at the Up In Smoke tour just so i could get 3 minutes with Cube. This guy was no rookie, he knew time was of the essence and with very little direction from me he gave me some magic. 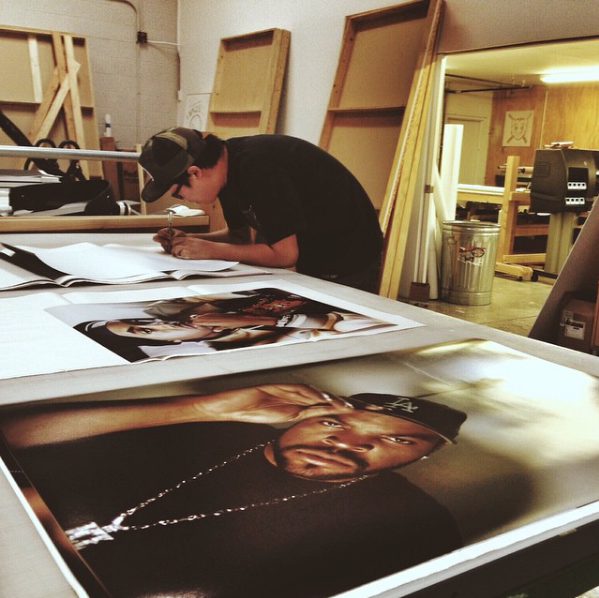 VHC: What inspired you to shoot these very raw photos?
PC: It was usually out of necessity. Often times I was only given about 10 minutes to find a location nearby and come up with an idea for how to best photograph each artist. The not so perfect conditions made for some great spontaneous opportunities.

VHC: What’s the meaning behind “Off Safety”?
PC: Off safety is a term used by people who own firearms. When you’re off safety that means the gun is ready to fire with just a squeeze of the trigger. It’s also a term used in hip hop to describe an alpha attitude. I thought it was a perfect fit for my photography.

VHC: Out of all the photos, who is your favorite artist?
PC: C Murder. Master P’s brother. 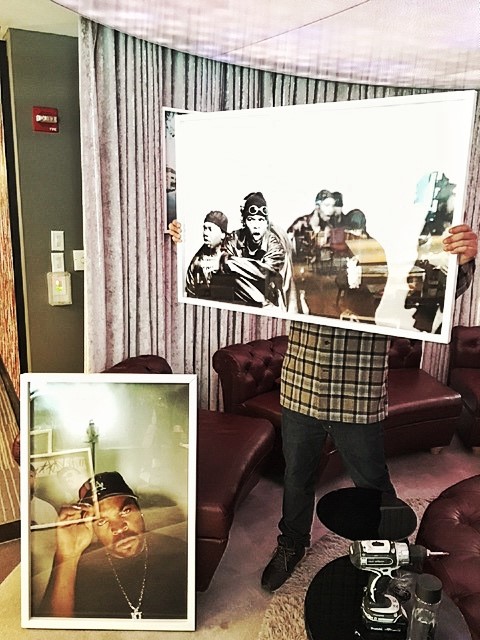 VHC: Favorite photograph?
PC: I’d say the Nas photo is my favorite because it was 100% unplanned. We just happened to be on the same flight from NY to LA. We just approached him and he was happy to chat with us and let me take photos

VHC: Typical day in the life of Paul? How do you relax?
PC: I like to netflix and spliff. 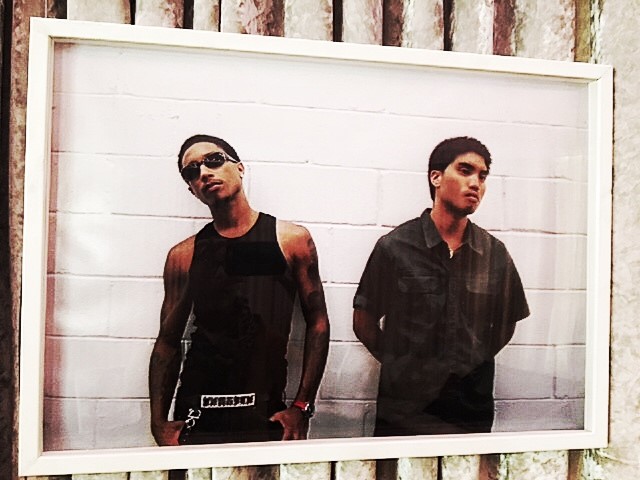 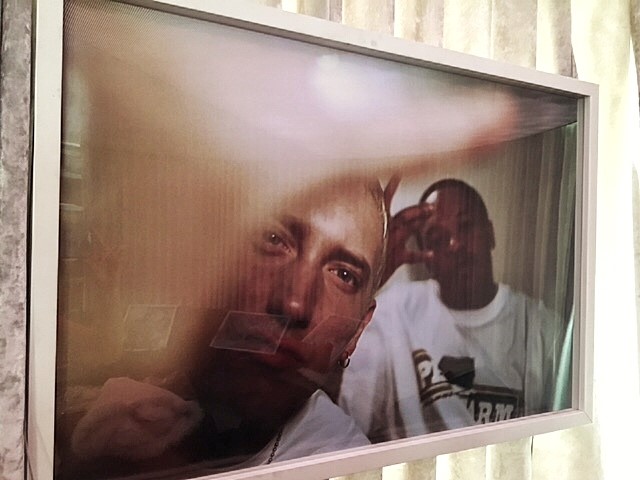