TBH, we love Matt Bellassai, and are pretty jealous that both he and Hillary have made careers out of drinking on the job. While sipping sangria at Cerise Rooftop, Matt taught us how to survive chugging a bottle of wine at 1pm on a Monday and venturing out on his own after Buzzfeed. Visit adrinkwith.com for part 1.

ADW: Thanks for grabbing a drink while you’re in town. Are you happy to be home?
MB: Yeah, I love it in Chicago. I love it when it’s not the winter, too. So this is a nice time to be in Chicago. 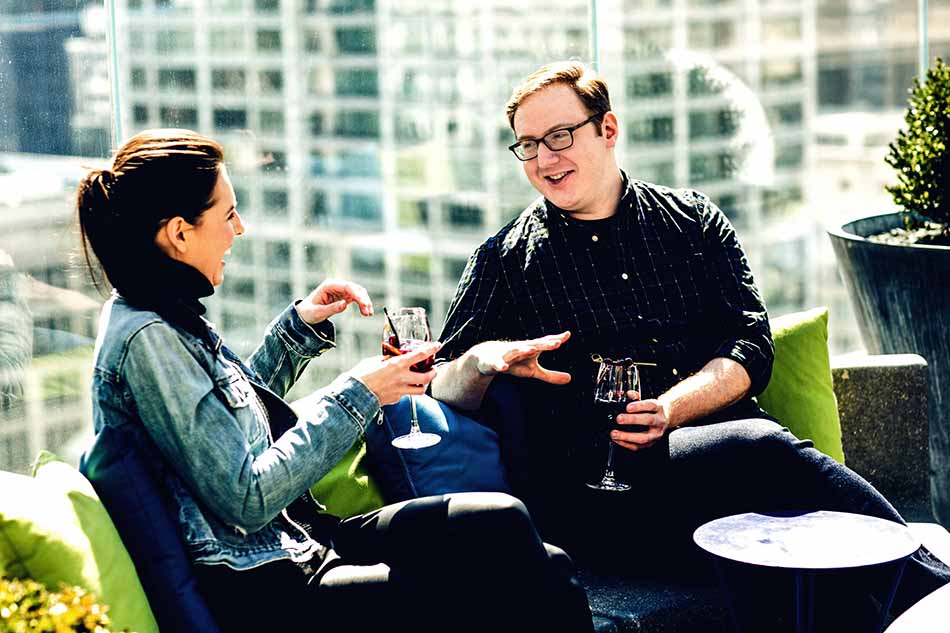 ADW: After all of your BuzzFeed “Whine About It” videos and now your new “TBH” video series where you get drunk by yourself and tell people how to live their life, do you have any rules for drinking on camera?
MB: I went to my doctor in New York — not because there was anything wrong – but I feel like someone should tell me this is a bad idea. A medical professional should tell me that this is not what I should make my career out of. He was shockingly unfazed that I chug a bottle of wine, every week. He was like, “You’re not going to do that forever. You’re young, it’ll be fine.” Now I feel like I got the medical industry’s clearance to go all out.

ADW: What happens when you finish filming? Do you go out? Take a nap?
MB: I have my tips for being a functioning alcoholic. I learned to be very proficient while under the influence. I never drove a car. I’m not breaking the law. We filmed the very first episode at 5:30 p.m. and I said, “I’ll get drunk and take a cab home afterwards.” I’m secretly a diva —not secretly, I guess I’m pretty openly a diva — and we did it [at 5:30 p.m.] and I hated the lighting so we had to redo it at 1 p.m. instead. So I drank a full bottle of wine at 1 p.m. [on Modays]. I was a writer for BuzzFeed full-time, but “Whine About It” became my full-time job. It took the full week to prepare the topics, gather props and get all of those things together. I very quickly learned how to get my shit together after drinking. My routine was always to chug a full glass of water. Then I would chug a small black coffee and then two boxes of coconut water, which is the secret to hydration even though it’s not good at all. But, it helped; it hydrated me very well. I would let [the fluids] battle one another inside of me. 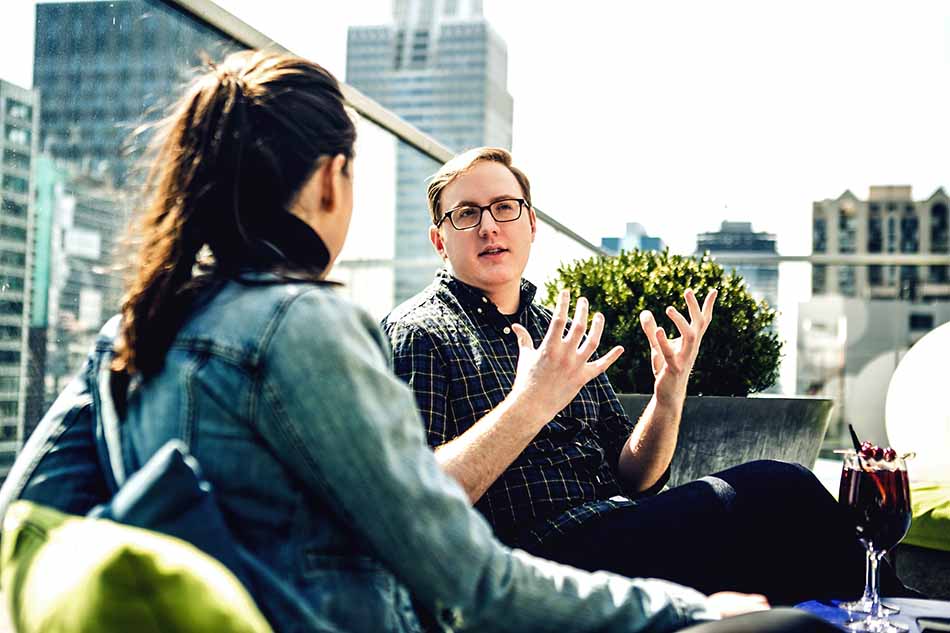 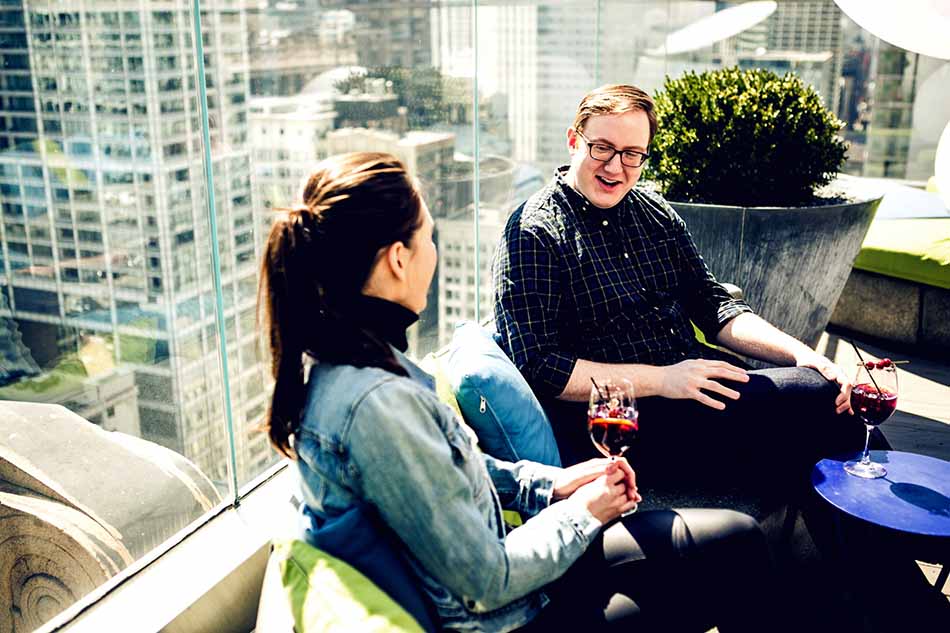 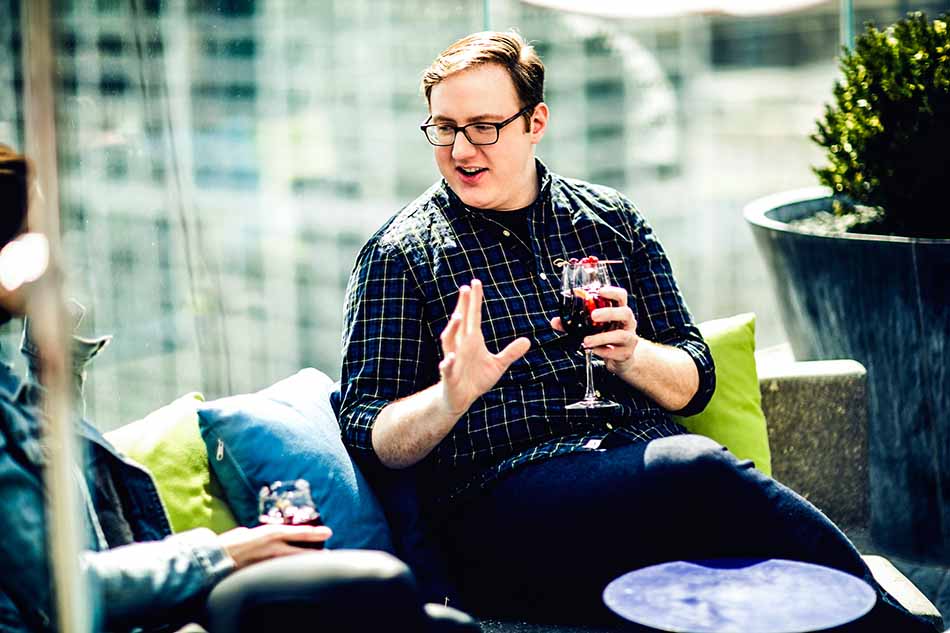 ADW: Would you be hungover the next day?
MB: Normally when you get drunk you reach that point of being drunk where you’re kind of sad and want to lie down. Usually that happens at 3 a.m. or 4 a.m. if you’re drinking at a normal hour. For me, because I got wasted at 1 p.m., I would hit that point at like 7 p.m. So, every Monday night I would be depressed on my couch watching “MasterChef Junior” and eating a bowl of penne alla vodka. This was my Monday routine. I would always cry during that show. It’s one of the most touching shows on television. It’s very earnest children doing something they love and being nice to one another even though it’s a competition.

ADW: Did a lot of sleepless nights go into your decision to break away from BuzzFeed and fly solo?
MB: I haven’t slept in like three months. I go on pure cycles of caffeine and alcohol. It was definitely a hard decision. I was at BuzzFeed for three and a half years. I joined right when I was out of college, so they gave me my start, really. It kind of came down to this moment where I had to decide if I wanted to stay under the umbrella of BuzzFeed, which is a great umbrella, or take a big risk and not only be able to make videos on my own but also do live shows, write a book, have a TV show and a podcast and all of those other things. And not only have the freedom to do it, but then to own all of that. It felt like the right time to do it, not the least of which is that I’m still on my parents’ insurance, which helps a little bit. 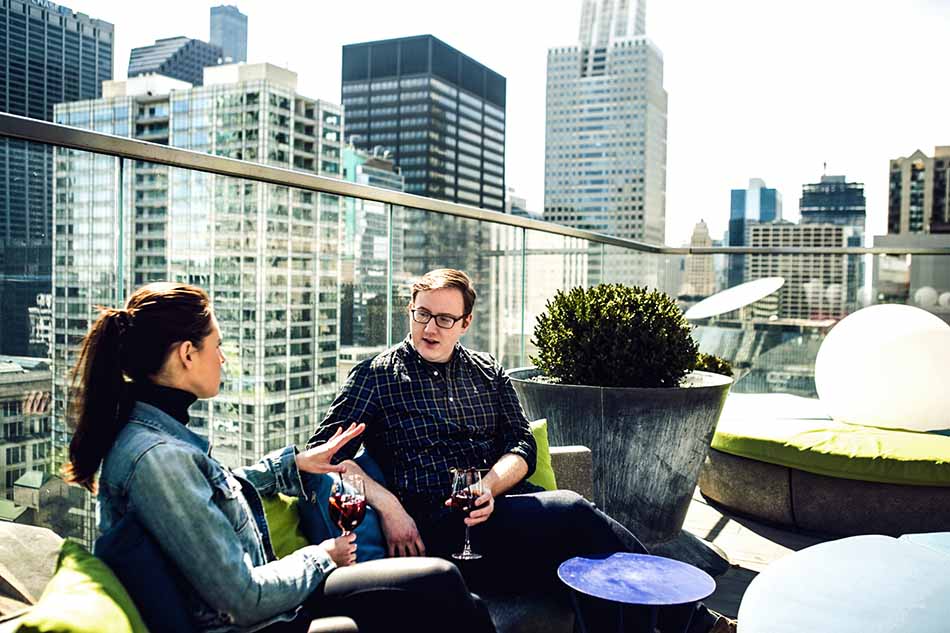 ADW: If you could have a drink with anyone, who would it be?
MB: I’m fascinated by Oprah, even more than Beyoncé. Oprah birthed Beyoncé. I love that Oprah’s thing now is dragging chairs out into the forest and interviewing President Jimmy Carter in the middle of a forest clearing. That man is like 100 years old. I would love to know what happens inside of her brain. I also love that Oprah is really into gardening. She’s always harvesting crops. Only Oprah is harvesting crops all year round. There’s never an off season. I was on “CBS This Morning” a month ago with Gayle King and I had to contain myself. She knew I was Oprah-crazy; I was trying to get some secrets. She didn’t break. 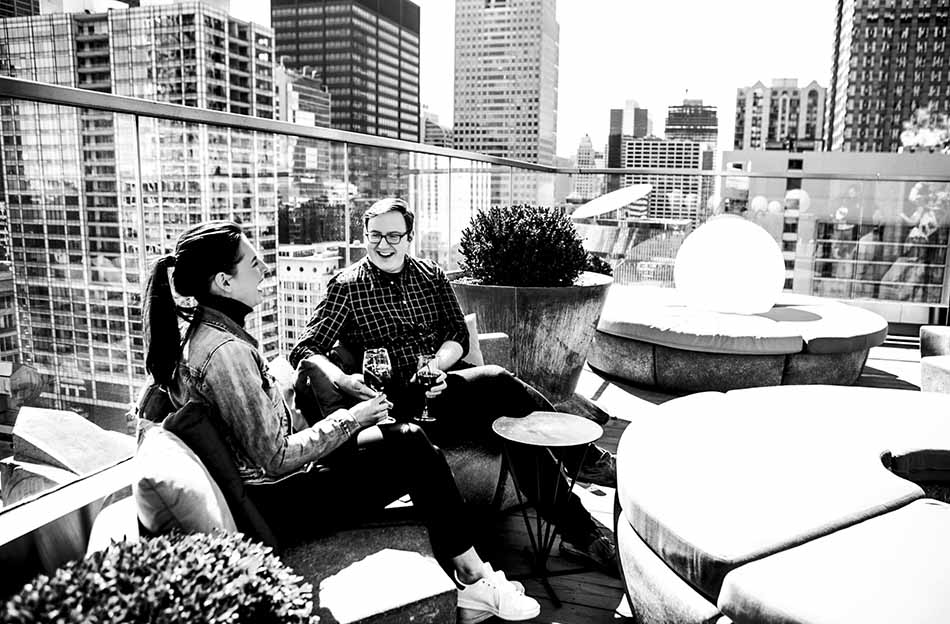