When Jane Lynch came to into town for her new musical-comedy cabaret show, See Jane Sing!, we knew we had to get cozy in The Funny Library and catch up with the former “Glee” star. But, if you only know Jane as the ruthless cheerleading coach, Sue Sylvester, then, well, you’ve missed a lot!

We sat down with Jane and chatted about Second City, her humorous upbringing, and of course track suits.

Welcome back to Chicago! You started your career in Chicago, right? What’s it like to come back to the Midwest?
I’m overcome with memories as soon as I step foot in the city! I started doing theater in church basements and back rooms of clubs all over the city. I have a memory in every neighborhood that involves some kind of theatrical event. 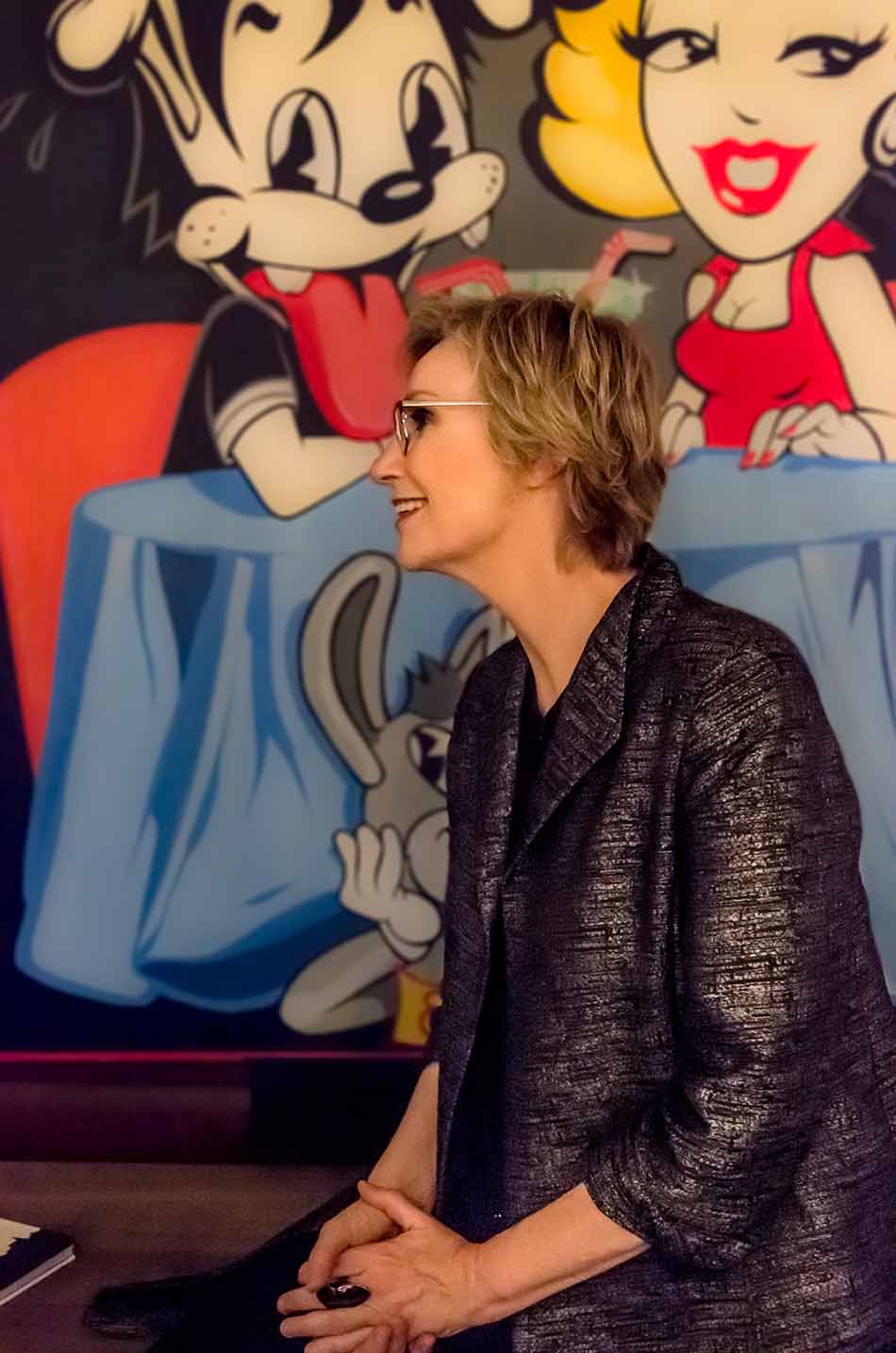 What is your favorite thing about Chicago?
I love the people. And not just my family! There’s an openness and friendliness and an honesty that you don’t find anywhere else. Also, the pizza is the best in the world. Specifically, Aurelio’s.

Did your funny bone start young?
My dad was a corny guy who loved a silly joke and made up funny songs all day long. My mother was funny, unintentionally. She didn’t have much of a filter. Whatever went in her head came out of her mouth and it was usually hilarious.  I come from funny people.

How did you know you were funny? What made you think, ‘Hey, I can make a living off this’?
I never thought I could make a living out of being funny, so the fact that I have is just so mind blowing. I knew I was funny in grade school and it helped me get over my shyness. 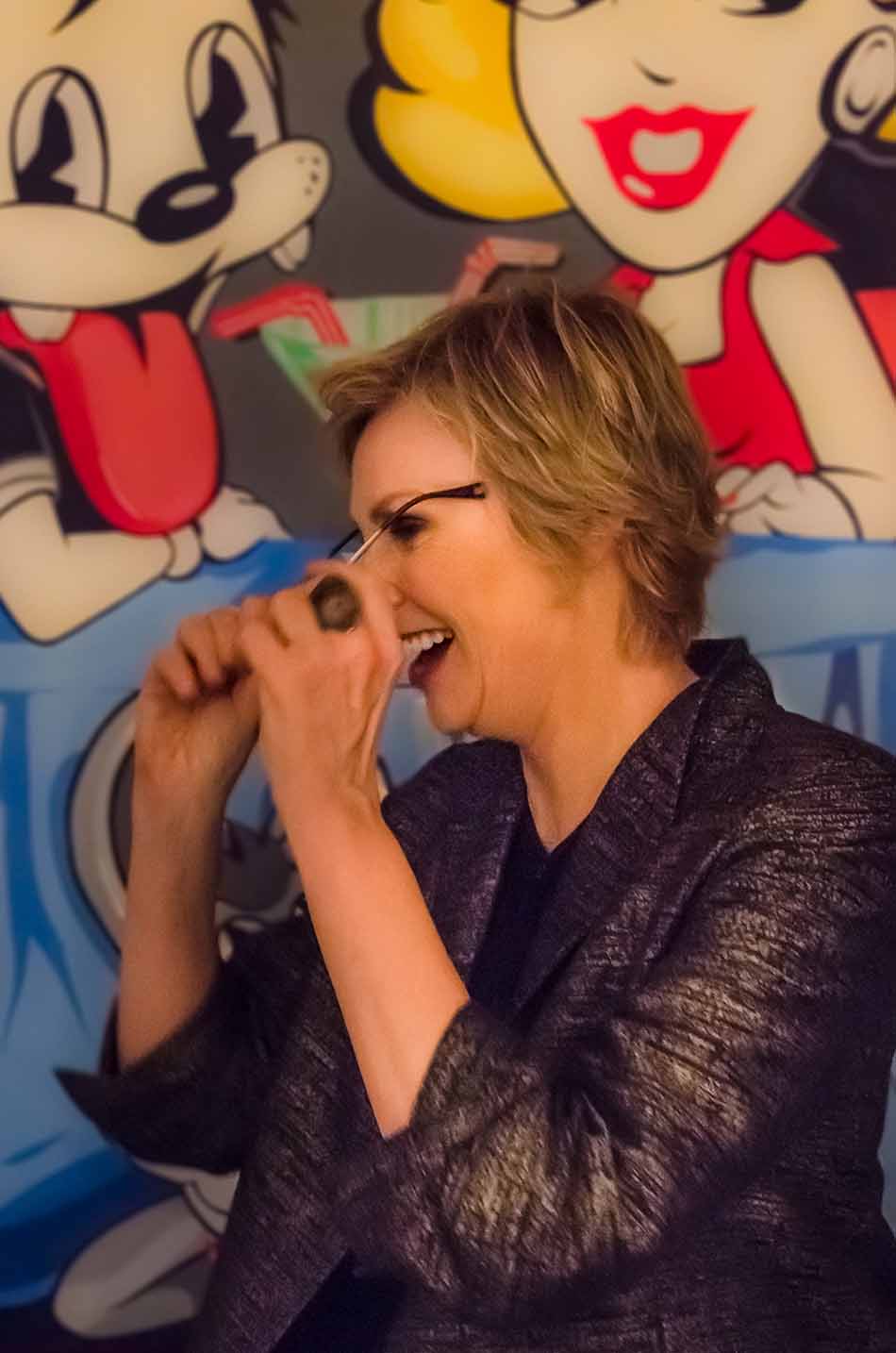 What was your experience like at Second City?
I toured with Second City for a solid year and then understudied on the main stage. It opened the world of sketch comedy to me. The show I’m doing at the Lyric [Opera of Chicago] this weekend is very much inspired by that kind of comedy.

What has been the most important thing you’ve learned from comedy?
There’s a funny angle to anything. And it’s never too soon to laugh about anything. 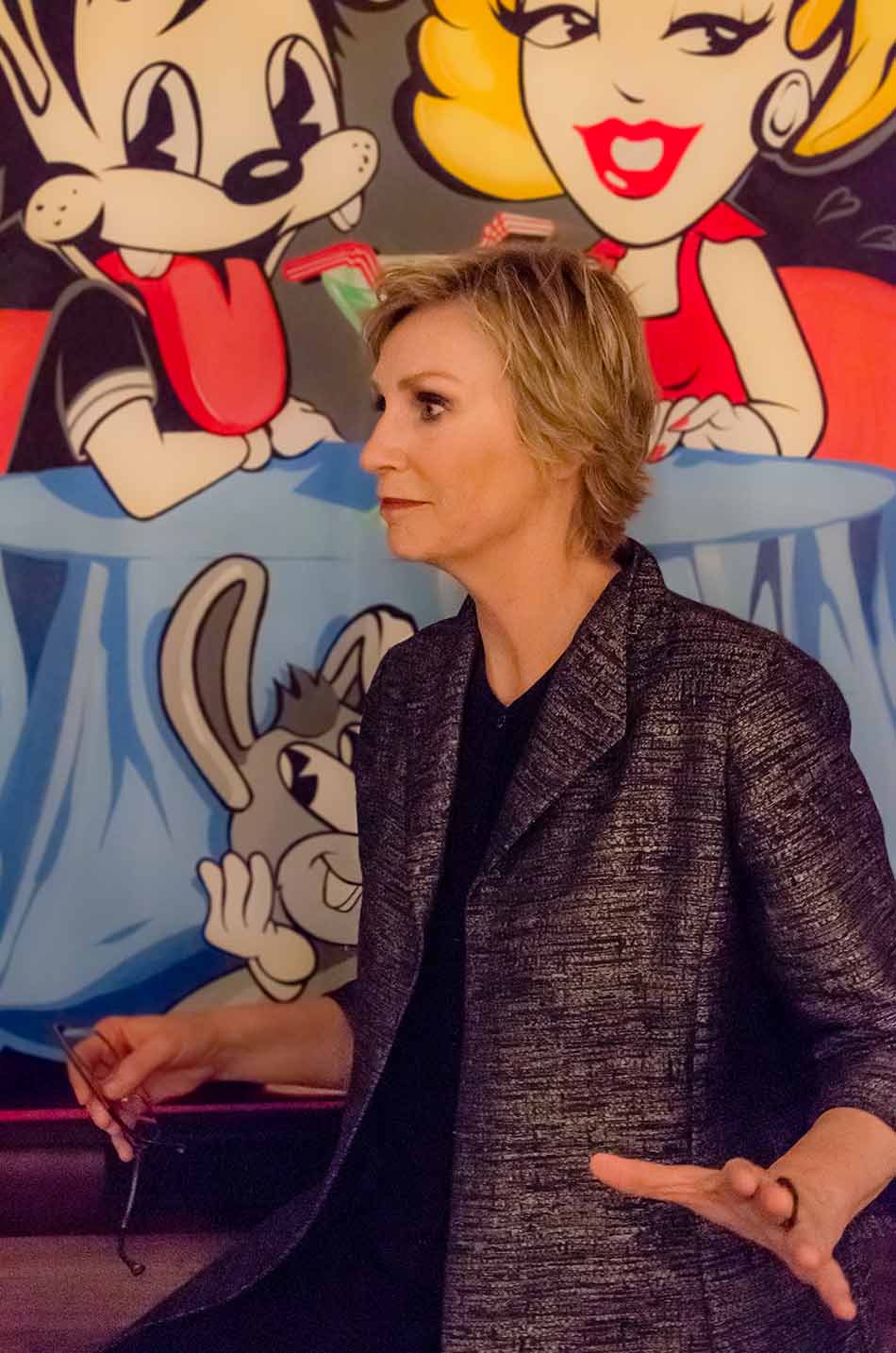 Most people know you from your comedic talent. What can everyone expect from your new cabaret show?
My friend Kate Flannery, who is one of the funniest people I know, was my first phone call when I decided to do the show. She is my sidekick and has an amazing voice and steals focus for me most of the time on stage. We have an incredible five piece band. We perform songs that range from Irving Berlin to Nicki Minaj to a medley of songs that made us cry when we were kids.

Comedy, acting, music, hosting game shows. What other creative category do you want to tackle next?
Let’s see where I am invited next. I have no plans to do anything, I find that works out just fine for me. 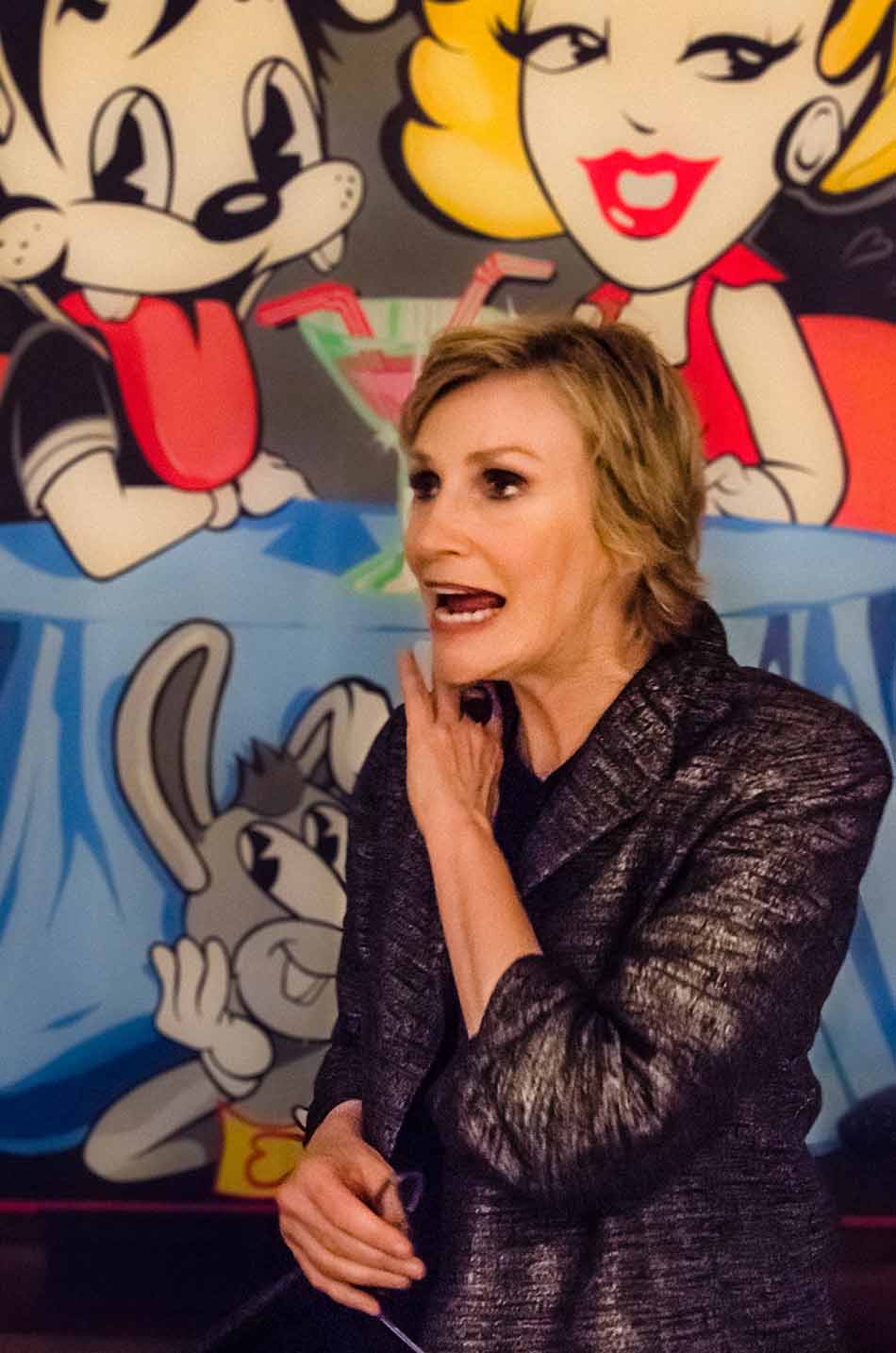 Favorite song to sing out loud to?
‘Slappin’ The Cakes’ by Dave Frishberg. It’s also the second number in my show.

Is there anything that you can’t leave home without when you travel?
My Bose noise reducing earbuds. 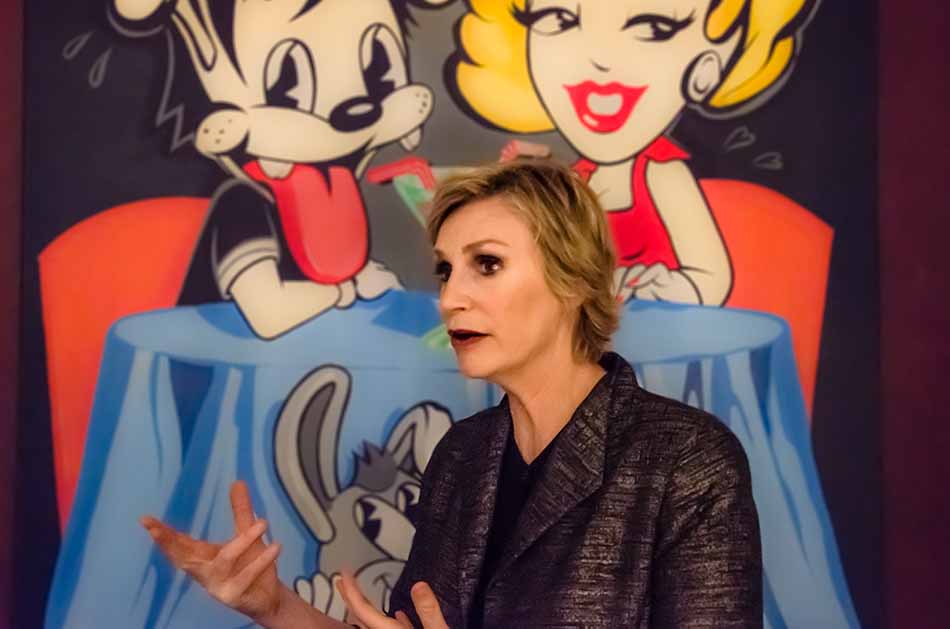 Last but not least… what did you do with Sue’s tracksuits?
I have three in my closet at home and the other 40 or so are locked up in the wardrobe department at Paramount Studios.

Thanks for stopping by, Jane!