Nearly two years ago, in the middle of a harsh winter, Virgin Hotels Chicago opened its doors. On that night, January 15th, we had our very first live performance with Zola Jesus. Our second week open we had Seinabo Sey and Grizfolk perform live in The Commons Club. What can we say? Music is in our blood. It has been since Sir Richard Branson launched Virgin Records in the 70s.

Blake Smith, our fearless Director of Entertainment, has carried Richard’s dreams into the hotel world.  We wanted to know how Blake goes about booking entertainment – his rituals, priorities and his mindset of what music means to Virgin Hotels.

When asked what he does here, he simply replied, “I book bands and DJs, lock in events, brand partnerships and of course, share lots of hugs and smiles.” But we know he does so much more. So we sat with our resident silver fox and dug a little deeper discussing the 200+ live performances we’ve had in the last year and a half.

What piqued your interest in the entertainment industry? When did you decide music was in your future?
By the time I was in high school I had a massive record collection, but there was a lot of pressure to go out for sports. I tried to play sports and was profoundly mediocre at them. Eventually I just looked at my wall of records and thought, “I know a lot about this. This I can do.” And I started teaching myself guitar.

When I started a band sophomore year with some friends, it dawned on me that playing in a group was very similar to team sports. Harder in a way, since you did not have an adult telling you how to do it. It’s like Lord of The Flies, a bunch of kids figuring out their own hierarchy and how to work together. I got in a fight with our drummer over how to arrange a song and he threw a drum stick at me. We were in his Mom’s basement so I grabbed a ski pole and chucked it at his head. He then grabbed some hedge clippers and chased me down the street. This doesn’t happen as often when you go out for the basketball team. I learned more about life playing music than I ever learned in college. Plus if you’re lucky, girls start getting into you… 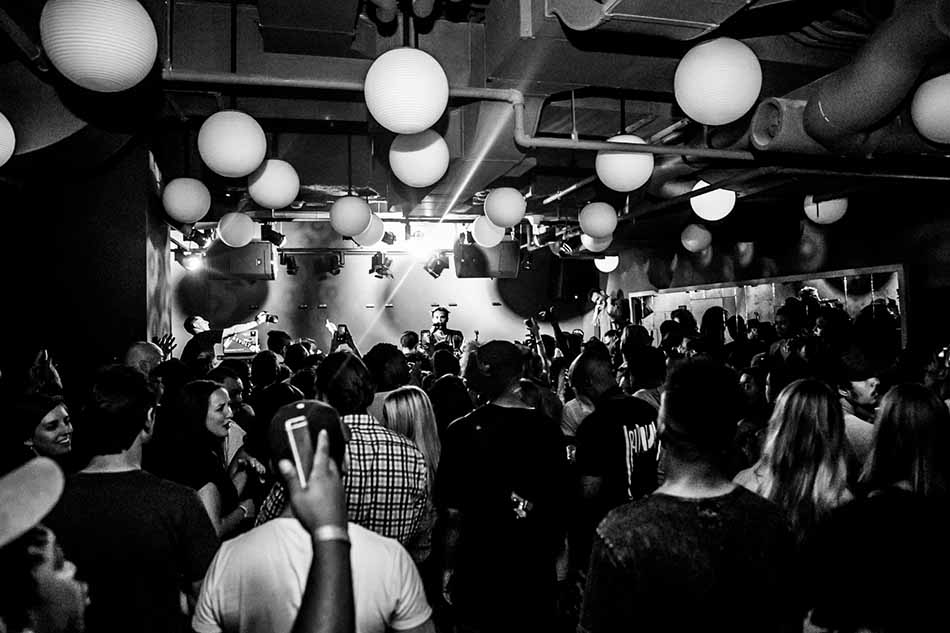 Hotel Entertainment? What is that like?
Hotels are like a living organisms. Each outlet has a direct impact on every other outlet. When a packed show in Upstairs lets out, Cerise and the bar in Commons Club get a rush. When word gets out that a globally recognized DJ is dropping in for an unscheduled set in Cerise, Miss Ricky’s gets crushed with people fueling up before dancing all night. I like being able to put my paw prints on so much of what we do here.

You used to produce music of your own and record songs for major movies and television shows. How did this shape your experience and your career after that?
You get a crash course in the intersection of art and commerce. The shittier the songs I wrote, the more money they would make. It’s an irrefutable law of the universe. But it taught me that although it is narrow, there is a line you can walk where you are challenging people a little bit with something cool and new, but also keeping them happy with a bit of what they know and are comfortable with. 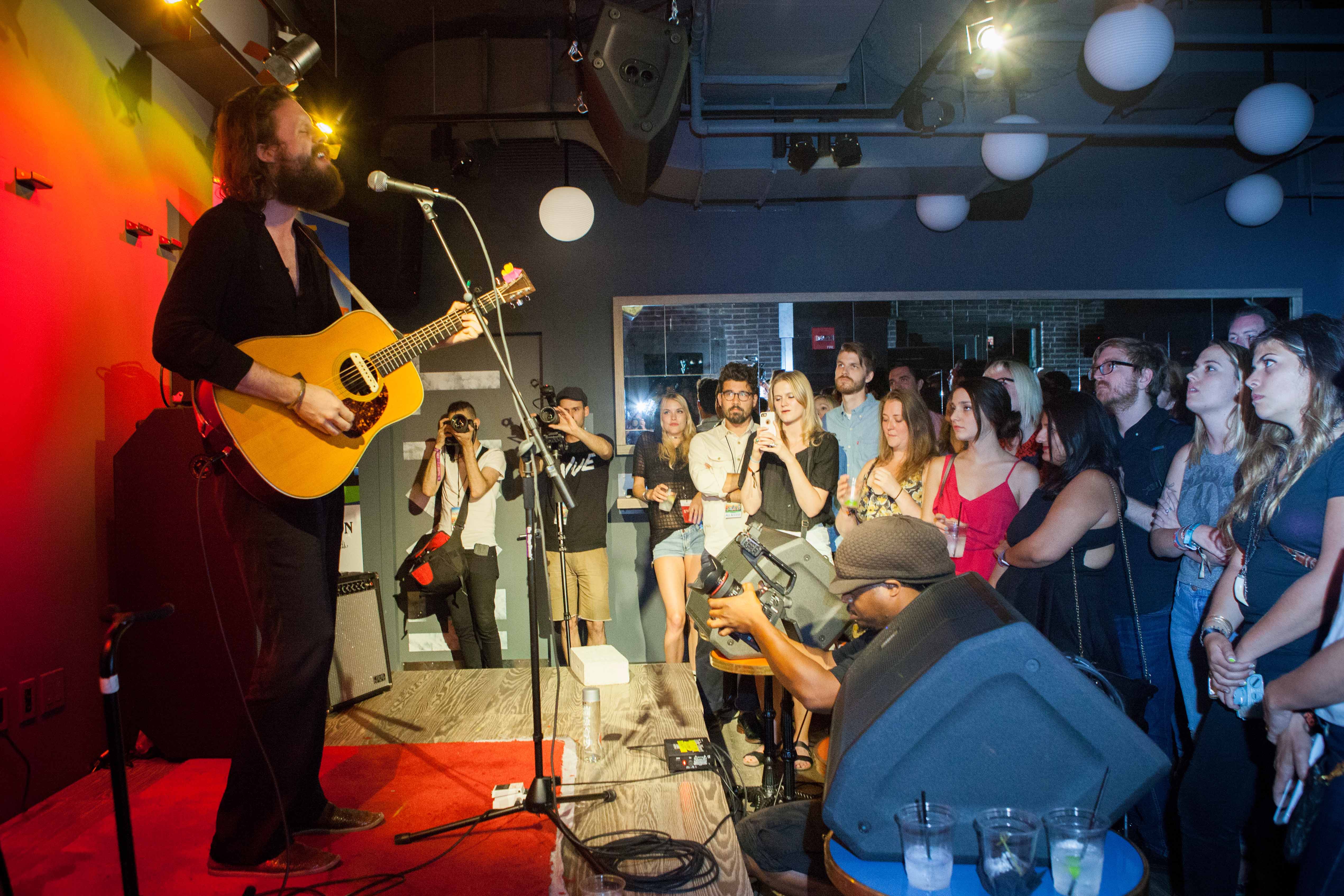 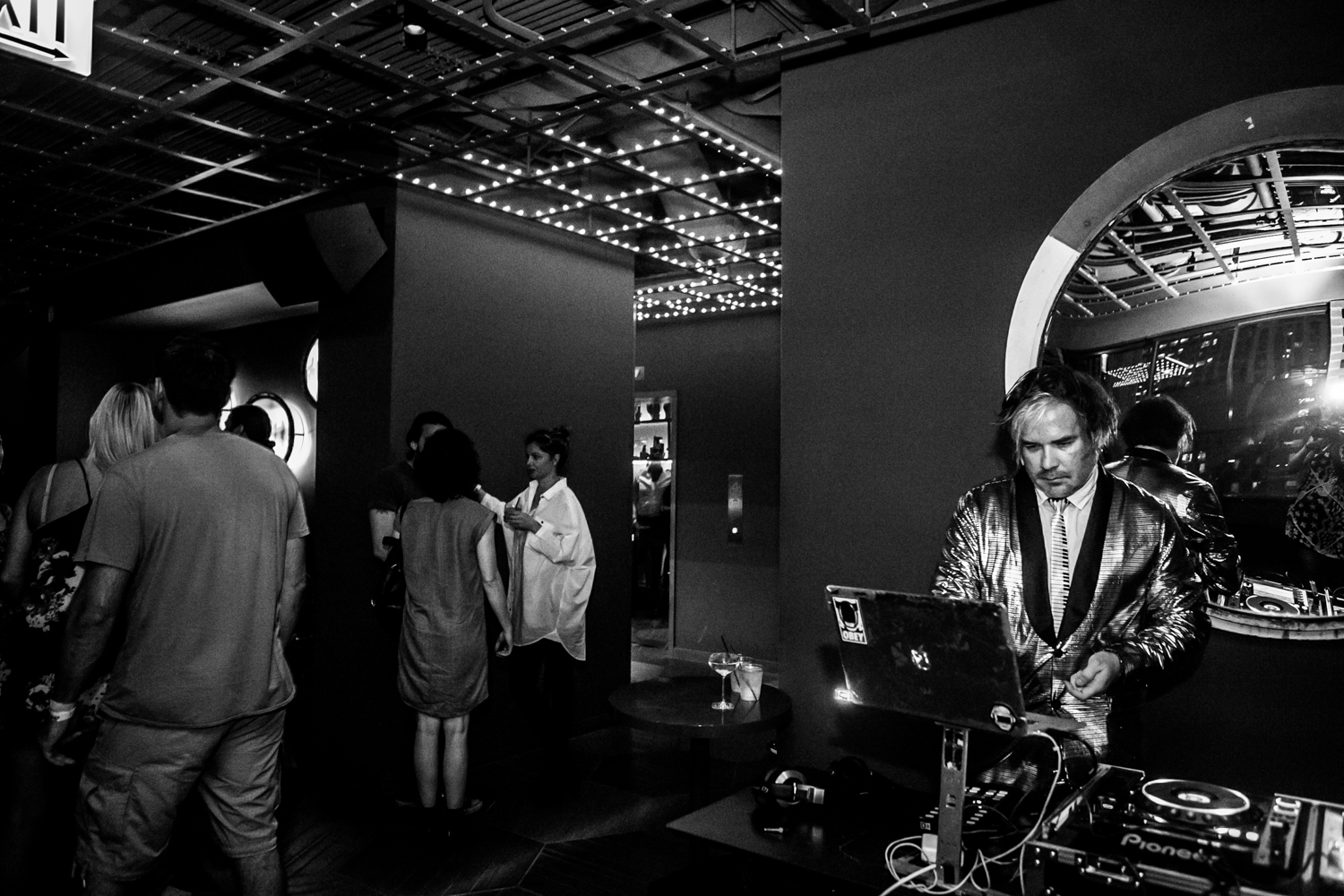 Who is your music inspiration?
Salvador Dali.  He would throw all sorts of unlikely people together at his parties. We like to create the same kind of surreal mix of artists at the hotel. On one night you might catch a DJ set of vinyl 45s from Wild Belle in Cerise and the next night we have Parquet Courts or Ghostface Killah playing live at Upstairs.

What skills, expertise and experience do you possess that you deem the most important to your success?
I don’t seem to need as much sleep as most people.

What is one of your proudest accomplishments in your career thus far?
There was a night last summer where all 4 guys from Hot Chip were spinning up on the roof and the place was absolutely packed and sweating. They were closing their set with the soft rock classic Let ‘Em In by Wings.  There were hipster kids, a major rap star, the host of a show on Animal Planet, a Sports Illustrated Swimsuit model and an older couple celebrating their 40th anniversary, all on the dance floor singing. Then right at the end the crowd parted and Mike Tyson moonwalked through. He is surprisingly graceful for a man that size. That was pretty Dali-esque.

Besides that, I feel very lucky having been able to get the variety of talent we have brought through here in our first year. We have done solo acoustic shows with Father John Misty and a cover filled jam session with Eddie Vedder. Marilyn Manson and Miguel have both done Q&As here. Everyone from Ryan Hemsworth to HAIM to Questlove have spun our tiny venues. Jen Kirkman, Eric Andre, and Kyle Kinane have all done stand up here and Ian Abramson hosts a monthly show. We have done art installations, photography openings and live art events. A Golden Retriever held a birthday party here last week and got behind the decks for a bit. I have never really subscribed to the idea that you have to specialize in one thing or one sound. There is no fun in that. We have very plural tastes here and like to keep people guessing. 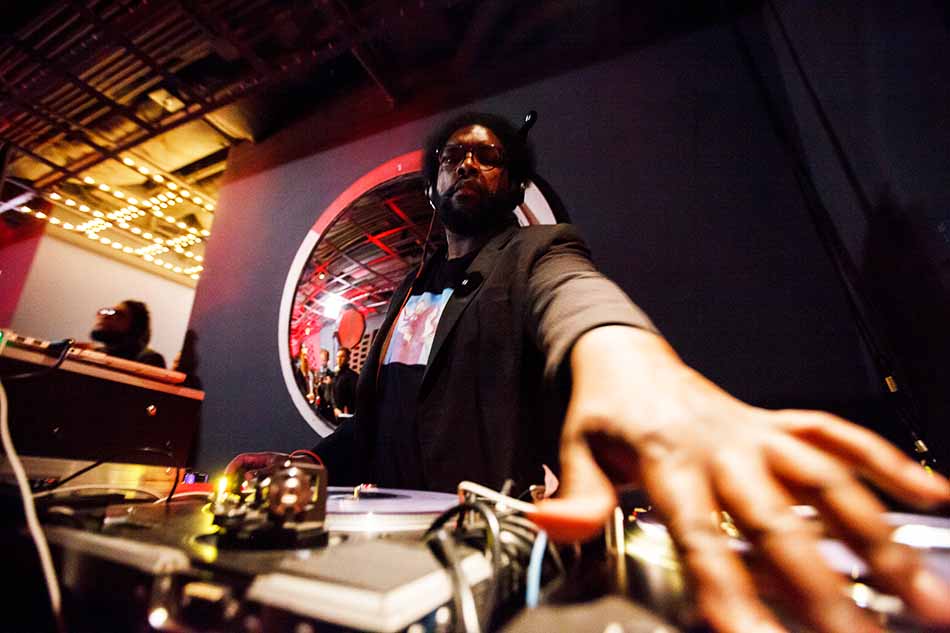 How do you respond to local (and national) competition within the hotel industry, specifically as it relates to music programs at other hotels?
It’s funny, people send us articles all the time on what other brands are doing in the music space. Most of it is along the lines of “X partners with Y to bring you live performances!!!!!”  That’s not really a story for us because we are already doing that multiple times a week anyway. Maybe we need to brag more.

What are some positive trends you’ve noticed in hospitality or nightlife recently?
Letting the guest customize their whole experience. We do that, but balance it with a curatorial point of view. When I travel I don’t want to recreate my habitat to match my home. I want to experience the locale and the culture. I want to learn.

What has been the biggest change in the music industry you’ve seen in the past 5…even 10 years?
“Big” artists come and go pretty quickly. Every cultural website I read has some variation on “The Ten Artists You Need To Know This Week.” No one can fully digest ten albums, or see ten novels or see ten films every month. The media mill is grinding up content much faster than humans are able to consume it. It’s probably why so few people bother making records that are solid all the way through. 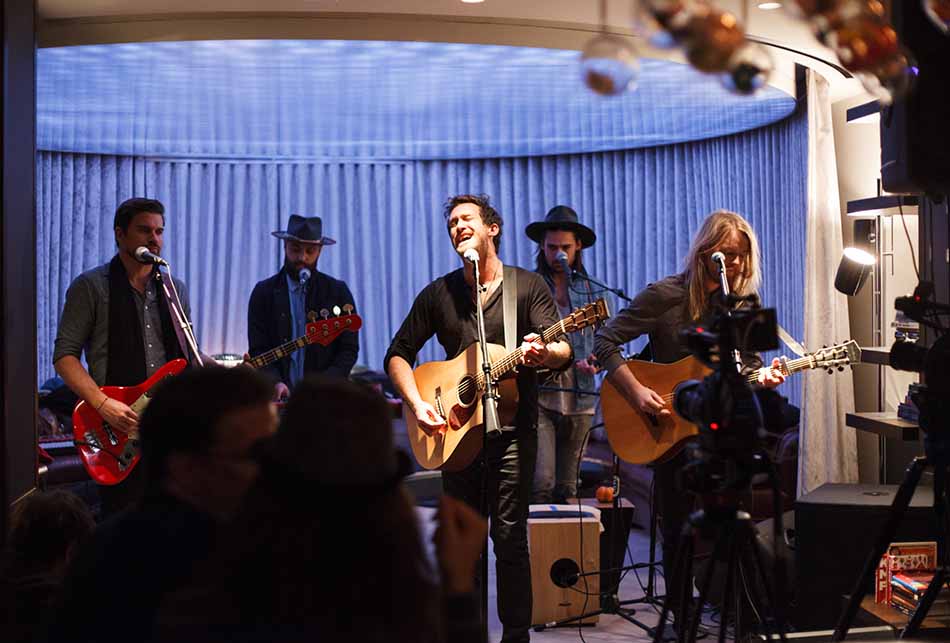 What do you think people are looking for now when they go out? Are people going out more these days? Attending concerts?Everybody I hang out with still goes out to clubs and concerts. Listening to something at work or on the train on ear buds will never be a substitute to experiencing a show in person with other people. It is happening there and then and never again regardless of how many cell phones people are trying to capture it on.

Is there a specific type of music that you pursue primarily for Virgin Hotels Chicago?
Quality music. 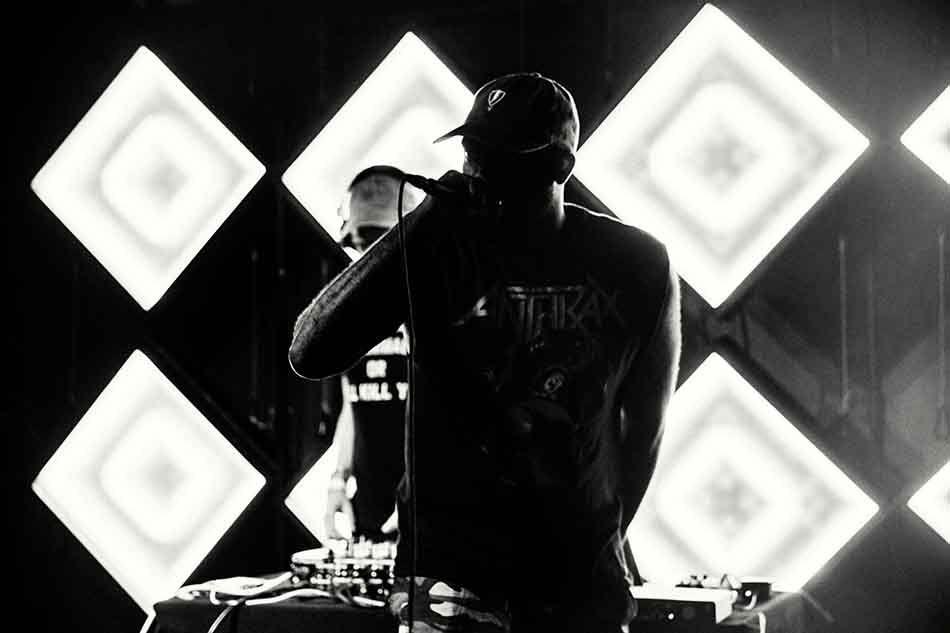 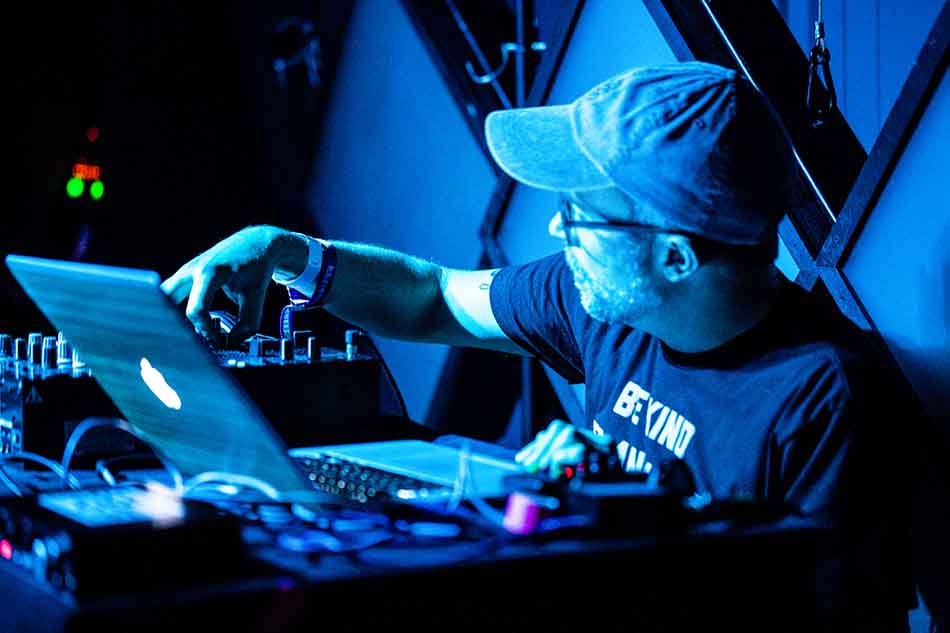 What opportunity does Chicago have to set the stage for upcoming Virgin Hotel openings across the country?
We get to be peoples’ first time. And you never forget that.

Do you have any predictions for the ways that hotel and music collaborations, specifically at Virgin Hotels, will move forward in the future? What will that world look like to you?
Well, people will drive standing up and your smart phone will be implanted behind your ear and displayed onto your retina from behind. And Kanye will put out an album.

How do you maintain the “cool factor”?
Keep putting in the best shit before anyone else. And keep getting big established names to come back and do intimate shows.

Where do you see yourself in 10 years?  Where do you see Virgin Hotels Chicago in 10 years?
Trying to follow a ten year path to reach a specific goal or place sounds like a good way to miss out on a lot of the journey. Hopefully Virgin Hotels Chicago will be viewed as a classic. Everyone’s first choice after whatever the latest hot opening in town starts to cool off.

When you’re not working, where do you like to be?
Anywhere I haven’t been before. 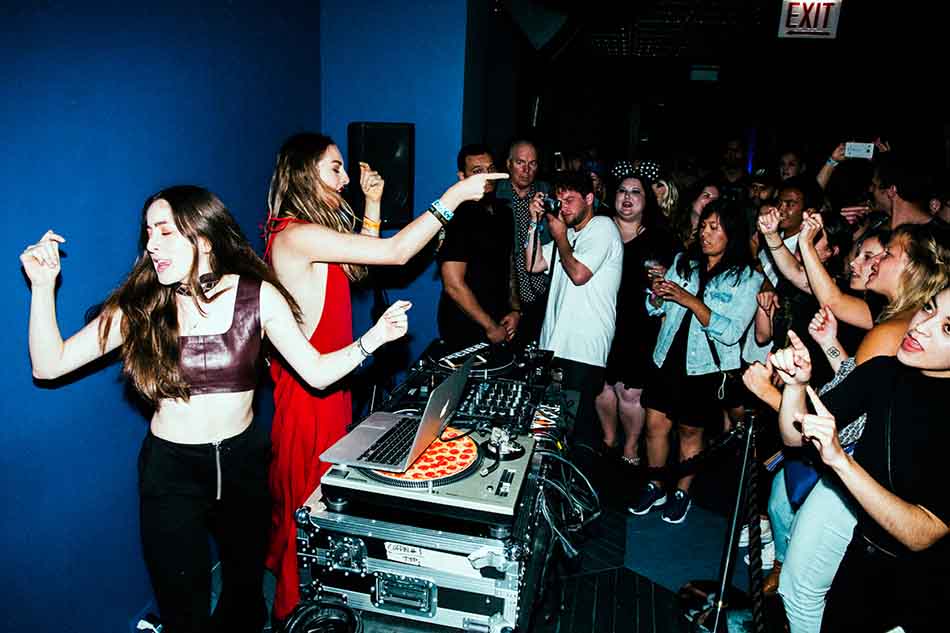 What’s your favorite music venue in Chicago?  The U.S.?
Metro. It sounds like I am being a hometown suck up, but it really is special.

What’s your go-to karaoke song?
“Wicked Game” or “Eyes Without A Face.”  When I am a few drinks in, I like to croon for some reason.