We felt all warm and fuzzy after we sat down with actor Sterling K. Brown (or wait, was that the scotch?).

Sterling opened up about his inspiration, his love, and what it’s like to win an Emmy. Watch as Hillary Sawchuk of A Drink With interviews The People vs. OJ Simpson star over drinks in The Commons Club.

ADW: Cheers to your big year including an Emmy win! I’m curious, how’d you get into Scotch?
SKB: I was actually doing a play in New York at the public theater and a friend of mine, Jacob Ming-Tent, got a bottle of Laphroaig for opening night. He said, “You guys, you’ve gotta try this.” We all tried it and we were like, “That’s delightful.” It makes you feel warm and fuzzy on the inside.

ADW: Was there a clear moment when you knew you wanted to act?
SKB: The first time I got bit by the bug I was a freshman in high school and I did the musical “Godspell.” It was the Troubadour’s production at my high school and we did it Thanksgiving week. We did three performances on Friday, Saturday and Sunday. Freshmen were unheard of to be in the Troubadour’s production and four of us made it. It was like a coup d’état. So, we did this production and every night we would get a standing ovation. Saturday night in particular, we carried Jesus Christ out after he comes down off of the cross and we sang this song “Prepare Ye the Way of the Lord.” As we’re bringing him through the audience, the whole place stood up and started applauding. My friend and I went up on stage and as we’re taking our bow we said, “We gotta keep doing this shit.” It was the biggest high. I was an athlete. I played football and basketball in high school so I always loved the thrill of the crowd and performing. This was the first time I experienced it outside of athletics. It was magical. You keep chasing that feeling, that high. It’s a natural high. I think that’s when I first knew it was something I could fall in love with. I didn’t think it was practical to pursue it fully. When I went to Stanford University for school, I was an economics major. I switched my major to drama after two years. 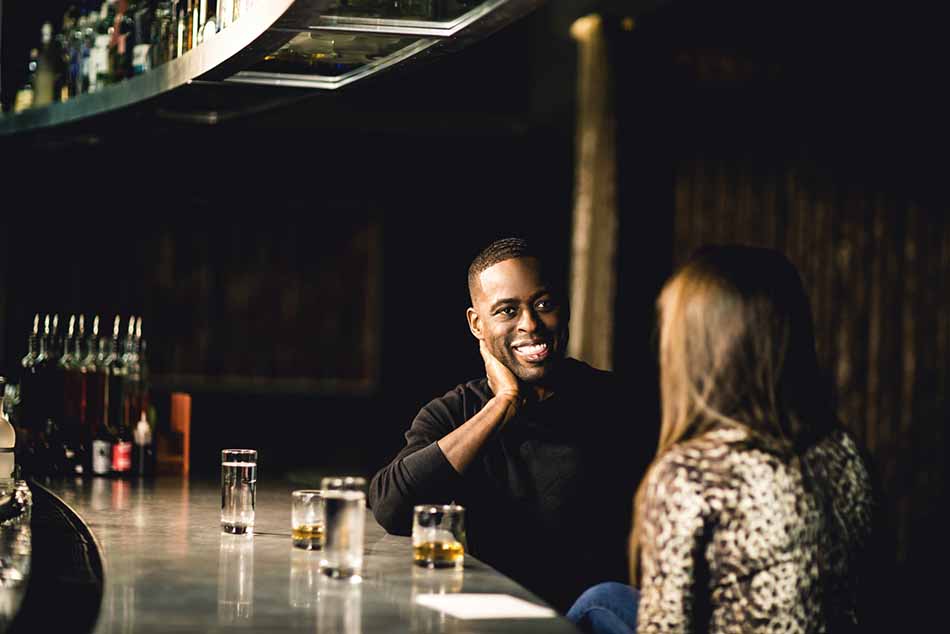 ADW: Who gave you the best piece of advice in your career?
SKB: A teacher of mine in grad school by the name of Ron Van Lieu said, “Be very careful about how you use your time, it’s the one thing you can never get back.” I find that invaluable. When you’re an actor there are a lot of people who are trying to have your time and innocuously so— like not even in a malicious sort of way.  They’re just sort of like, “Hey man, how you doing? Great to see you, blah, blah, blah.” Sometimes you’re like, “I need to memorize lines, or I need to think about where this character is in this particular time.” So every once in a while, you have to politely excuse yourself so you can go do your work and then come back and be a gracious human being.

ADW: Did you ever end up meeting Chris Darden, who you won an Emmy for playing the role of in “The People v. O.J. Simpson: American Crime Story”?
SKB: Never.

ADW: Is it true that you found his cell phone online?
SKB: Yeah. I Yelp-ed, “Chris Darden law practice,” and I got a number. I called the number thinking that it was a landline and it was clear that it was his cell phone. I still have the text message on my phone to this day.

ADW: Do you think he’ll eventually meet up with you?
SKB: I heard that he’d be open to meeting at this point. He says he hasn’t [seen the show]. His daughter watched and she’s been very, very kind.

ADW: Could you imagine if you were him and deciding to watch a part of your life on let’s say a Friday night?
SKB: It must be surreal. It was a very painful moment in his life, a painful year in his life. There are so many things we didn’t even get a chance to touch on in the show. It would’ve been wonderful if we could’ve had 13 episodes. He sacrificed a lot. He had to undergo an excommunication from the black community, which was very painful. He had a brother who was dying from HIV/AIDS that he wasn’t able to see in the way that he would’ve liked to because of this trial. He had his daughter, Tiffany, who was in the Bay Area that he would commute back and forth to see all the time. He gave up a lot because he believed in this trial. He believed in this case and still does. I can understand why he wouldn’t want to watch. 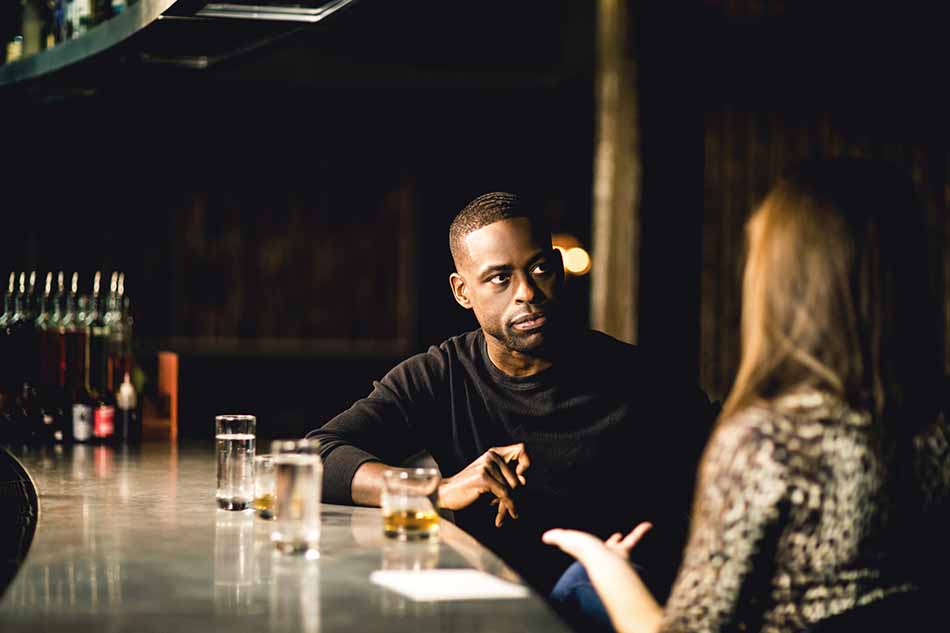 ADW: Your latest show, “This Is Us,” on NBC is very heartwarming. There are a lot of surprises so far in the season. Like your character, you have children, what’s the biggest curveball in parenting?
SKB: That’s a good question. Finding balance. I look at a lot of my peers who are working right now who don’t have children, and they have a lot of time to dedicate to things that are purely career-related. I sometimes wish that I had that time, but I know that at the end of the day my children are way more important than anything that has to do with my career. Finding the time to do all of those things so that nothing falls by the wayside, so that everything gets the attention it deserves, that’s the biggest challenge, for sure. My son was talking about sex the other day; I think it was based off of the movie “Storks.” “Where do babies come from? Do they come from storks?” I’m like, “Not really, buddy.” I just go straight in and say, “They come from sex.” And he’s like, “What’s sex?” I said, “It’s usually between mommies and daddies. The daddy puts his penis inside the mommy’s vagina and fertilizes the egg and then nine months later the baby comes from the mommy’s womb. He said, “Ew!” I figure the easiest way to do it is put it out there. If I make it seem like it’s weird and crazy, then he’ll think it’s weird and crazy. I just ripped the Band-Aid straight off. 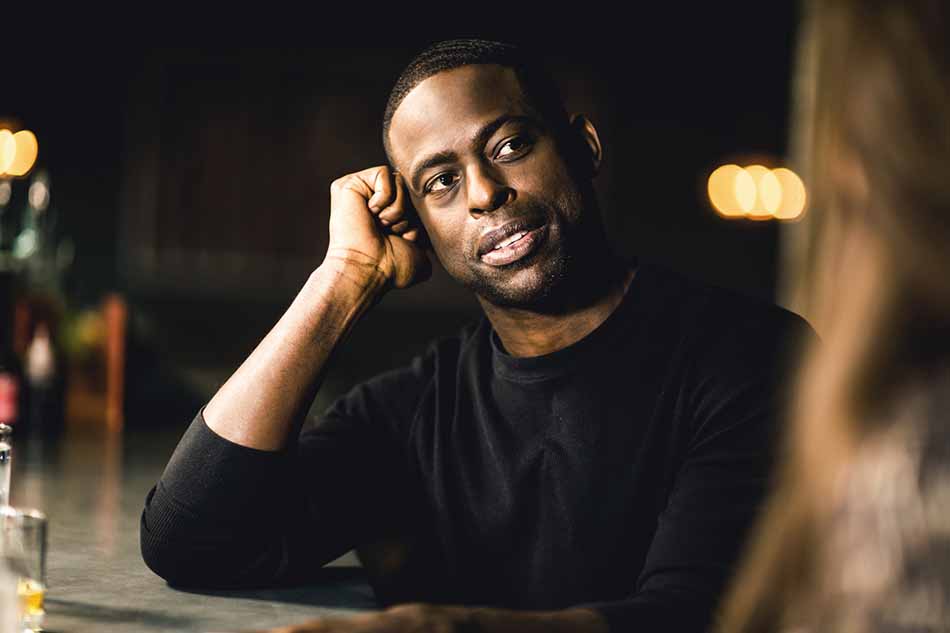 ADW: I really loved something else you said, “Don’t let the highs get you too high and the lows get you too low.” Who instilled that in you?
SKB: That’s interesting. My wife is a member of this sorority, Delta Sigma Theta Sorority, Inc. There’s a poem that she had to memorize by Rudyard Kipling called “If.” One of the lines in it is, “If you can meet with Triumph and Disaster and treat those two imposters just the same.” It made so much sense to me because you can easily allow the way in which you relate to life to be completely circumstantial. If things are going well for you, you’re on a high; if things are going poorly for you, you’re on a low, but really my reactions to the circumstances determine how I experience things. I may not be able to control the circumstances themselves, but I have a say in how I react to them. Life is much easier for me when I don’t become too crestfallen by low times and not too overly ebullient by high times. I appreciate them and respect it, but it won’t last forever. I’ll still be here and I still have to be able to be happy with who I am even when the Emmy is 10 to 15 years away. 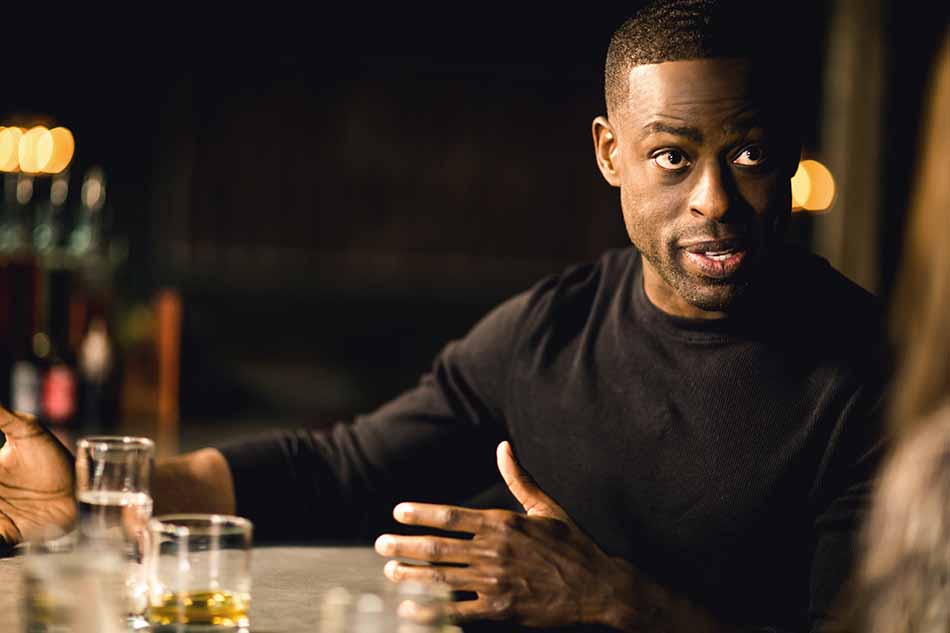 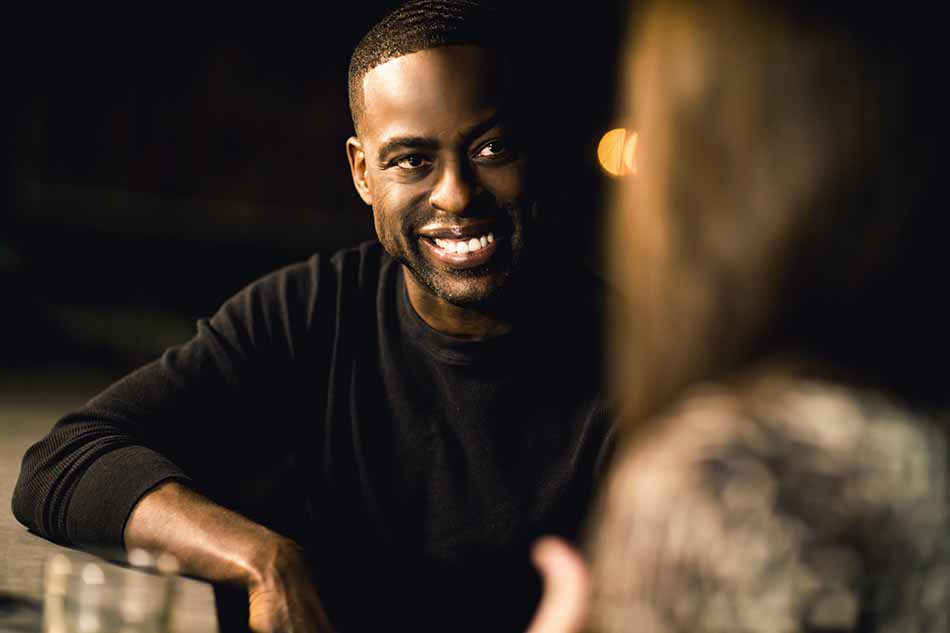 ADW: If you could have a drink with anyone, who would it be?
SKB: As he’s now gone, just as of this year, it’d be really interesting to sit down with Muhammad Ali who probably doesn’t drink because he’s a devout Muslim. What a fascinating human being. As I move into this next phase of my career where people are asking what I think about things and not just to show up and say lines and go home, he’s such a wonderful role model for using the platform of his art to make it into something much larger. He boxed, but he was so much more than just a boxer, and I think about that example as I move forward in my career. I act, but it’s not the totality of who I am. How do I make use of this platform to share what I think is important in the world? 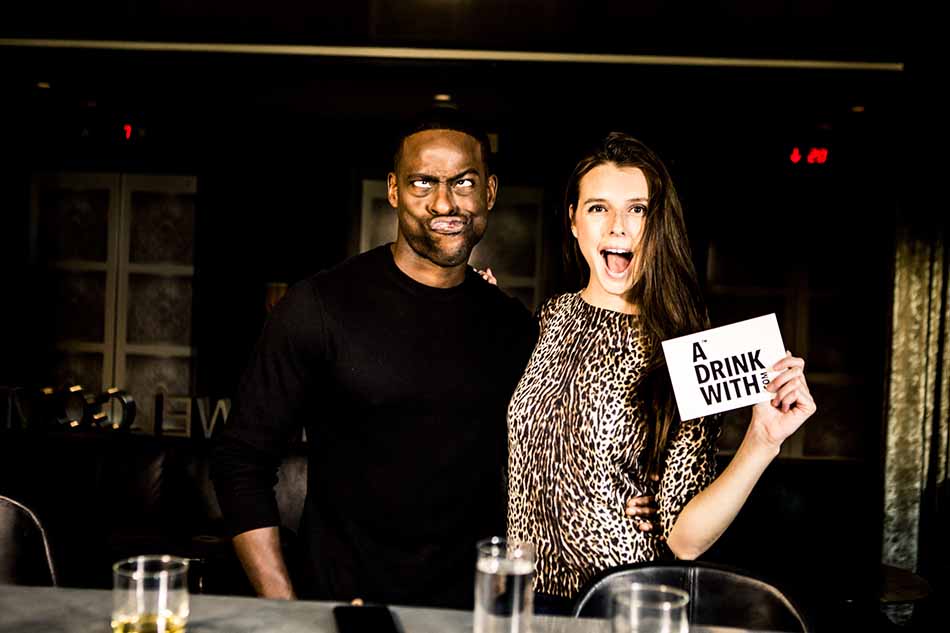