Music has been in Virgin’s blood for 44 years now, and we don’t intend on changing that. The music industry, however, has evolved into an ever-changing landscape with the advent of technology.

Last month we brought Chicago’s music experts together for our fourth edition of RM 72 in partnership with General Assembly. Blake Smith, our Director of Entertainment hit them with the tough questions to discuss how they stay one step ahead of the curve when it comes to music production, digital distribution, new revenue streams, and performance.

Blake Smith: What do you look for in new artists?
Dana Meyerson: The most important thing now is authenticity. No one wants to see a band’s Twitter account run by their record label. Quite frankly, if you’re not of Kanye-level fame – talk to your fans on social media like Tegan and Sara do.

Andrew Barber: Everybody’s trying to do the same thing – so we look for originality. (Also we look for) professionalism, hard work, creativity, people that go above and beyond, and the raw element – that natural star quality. The minute I met Chance The Rapper back in 2011, I was like, this kid has it – I’m not sure what it is, but he’s going to be a star.

Dana Meyerson: Chance is the perfect example of being propelled by the Internet in a non-typical way. 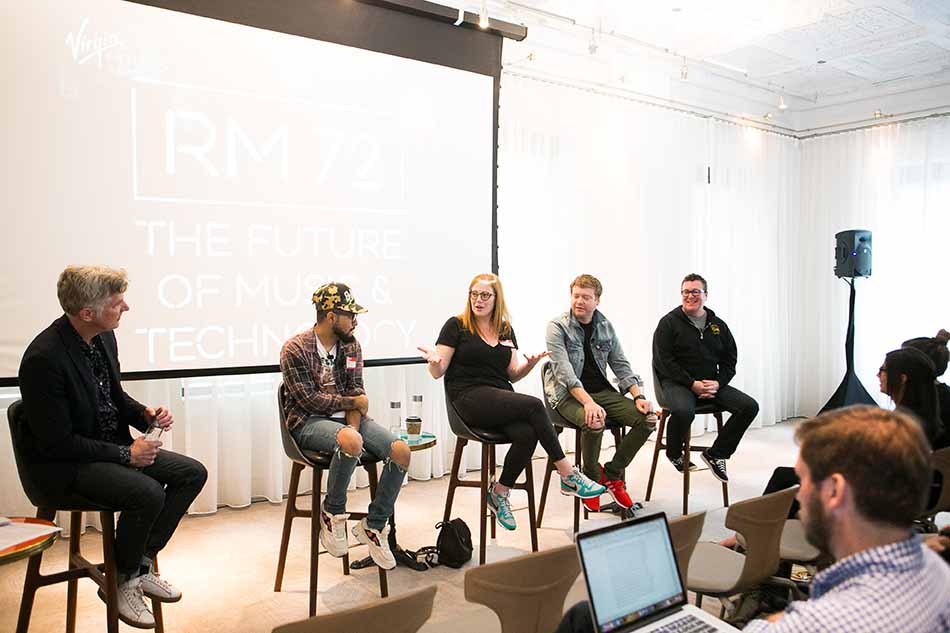 BS: Do consumers feel compelled to pick up a physical record anymore? How are people’s notions of ownership changing?
Dev Sherlock: Actually, a lot of kids are still buying vinyl records now. They want that connection to the artist – something they can put up on the wall and say that they like and support the artist. 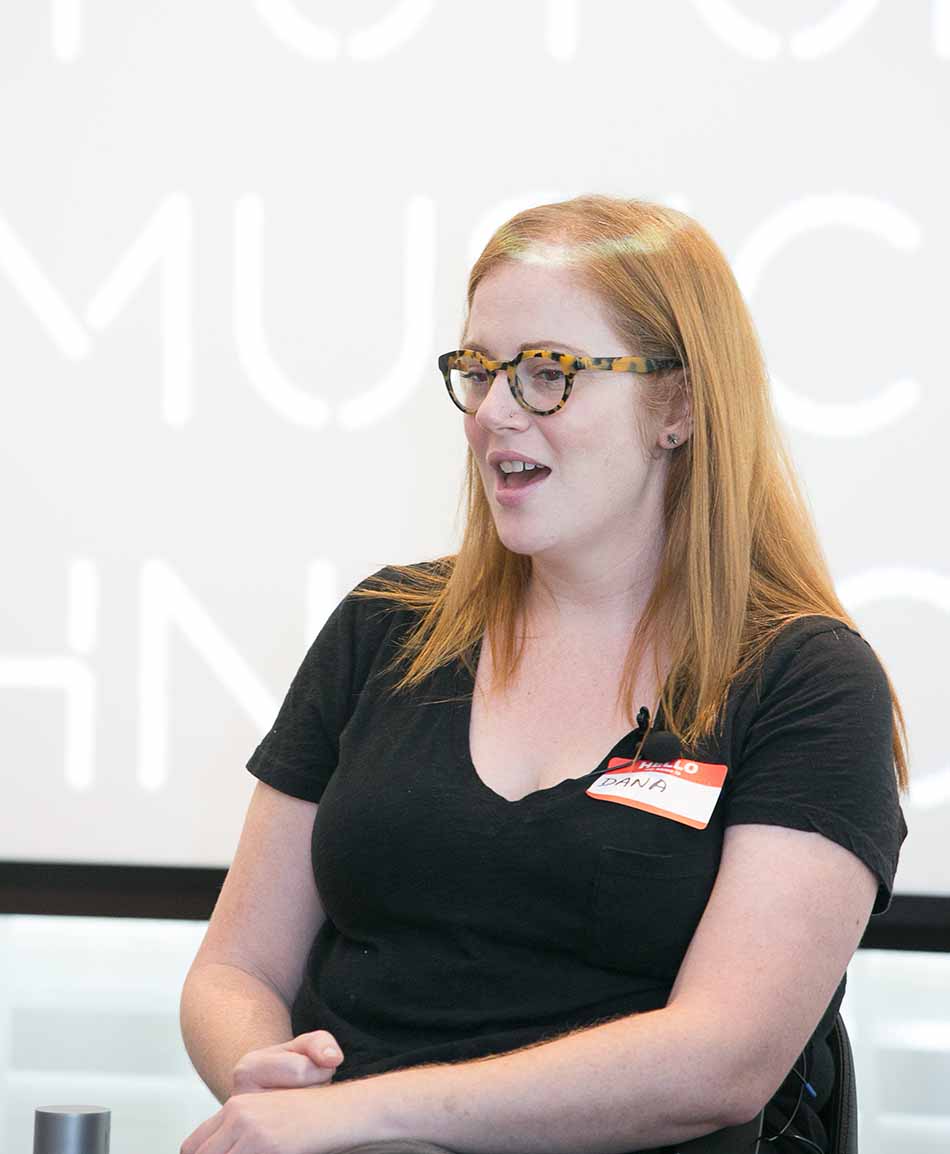 BS: Stefan, as an artist, do you focus on just making one hit song, or do you focus on creating an album? Is it just a collection of singles or is it a narrative?
Stefan Ponce: For me personally, it’s all about the narrative. It’s not like a Calvin Harris. So many artists are focused on just creating a hit, but I think there are plenty out there (myself included) who want to create that narrative. My next album is called “The Boy Who Fell to Earth,” so like David Bowie, but also reminding people that they’re all from the earth – you just have to find your group of people who like to create art as much as you do sometimes to feel like you belong. You do belong, we’re all from earth. 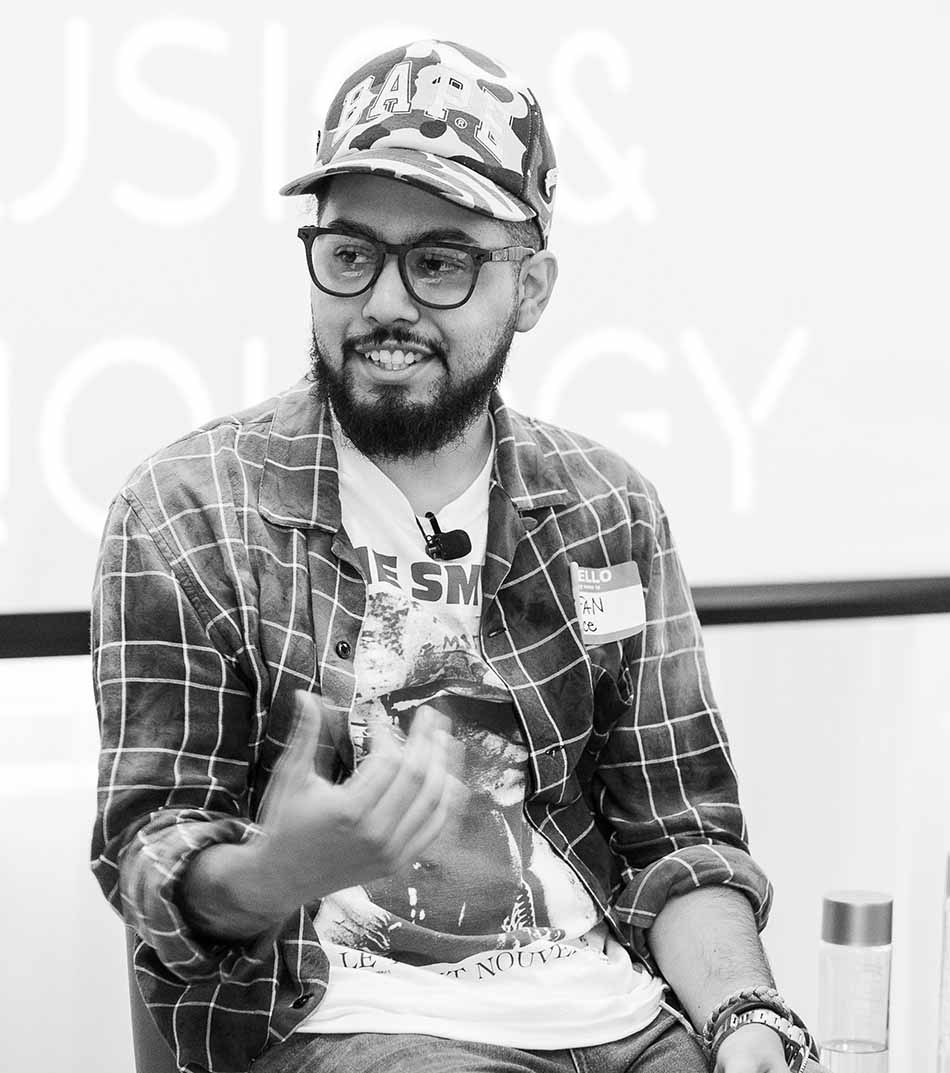 BS: What’s the relationship between big labels and musicians like today?
Andrew Barber: Basically a 360 deal – which means they take a cut of everything. They give you your money up front to barely live on and that’s your album budget. Then you have to pay that back. Until you do you’re in the red with the label. The 360 deal now essentially means the label will invest this money in you, but then take a cut of everything. 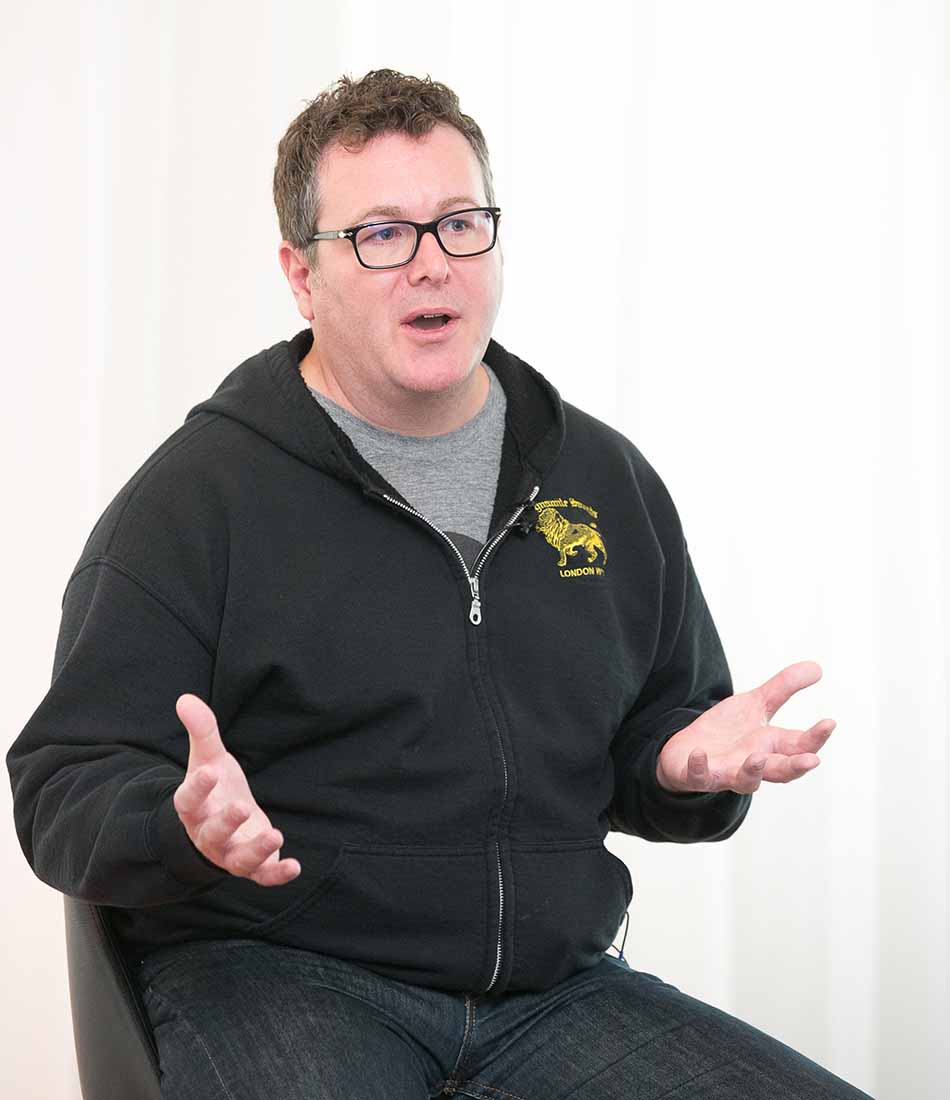 Andrew Barber: Now it’s all changed because of streaming. Once more people come online and embrace streaming culture, there’s going to be more money in it.

BS: Who are the gatekeepers in the music industry now?
Andrew Barber: Gatekeepers now are the famous Instagram/Twitter person. Blogs are fading a bit.

Dev Sherlock: This actually gets into a broader conversation – a blog destination is a step further now. You see it – people aren’t going straight to Vice or the New York Times, they’re getting their news off of Facebook.

Dana Meyerson: MP3 Blogs used to be a place where underground people would go to check things out. Now you have Spotify and Apple Music and you don’t need to waste your time hunting. 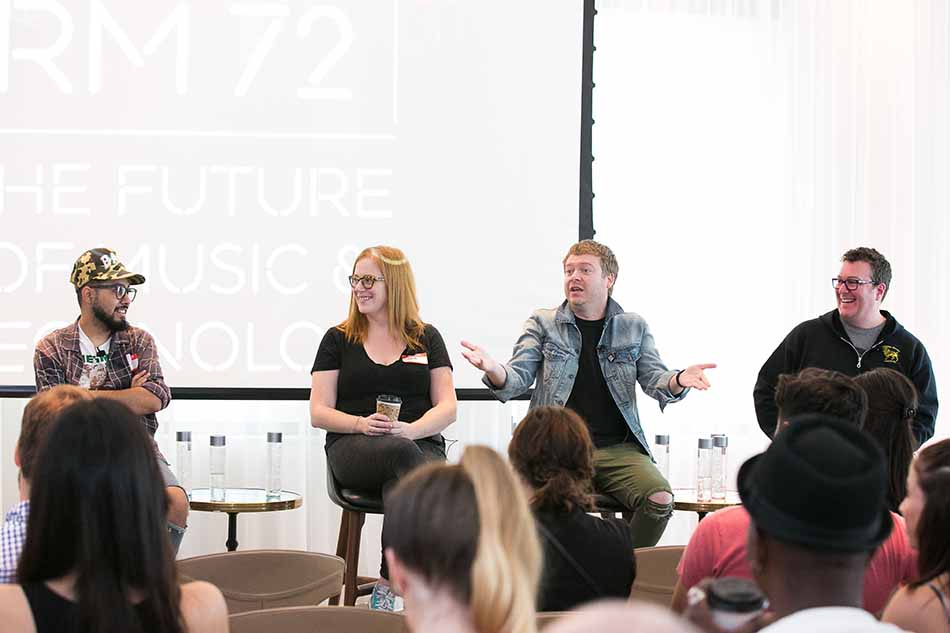 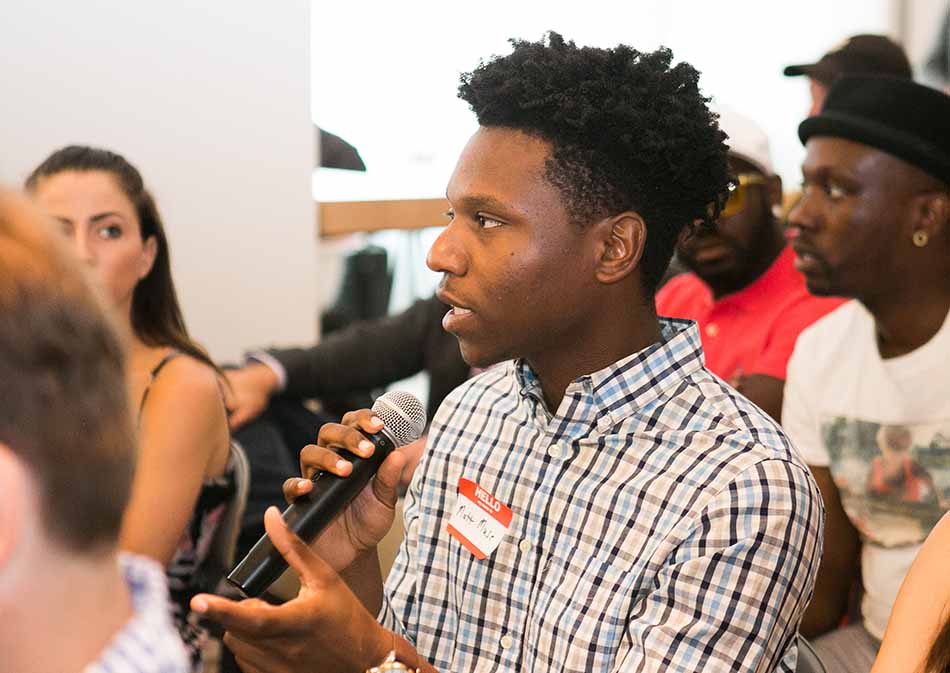 BS: What can young artists learn from them?
Dana Meyerson: I think Kanye is the example to be true to yourself as an artist, because once you get into the industry, there’s a lot of checkpoints you have to pass. Basically, do cool shit. Don’t be like anyone else.

BS: What about album artwork, do people think about that process anymore now that streaming is so huge?
Stefan Ponce: That’s actually the first thing I think about. You absolutely have to think about it – not only how it looks on the record, but how that album artwork will transfer on to your merch. 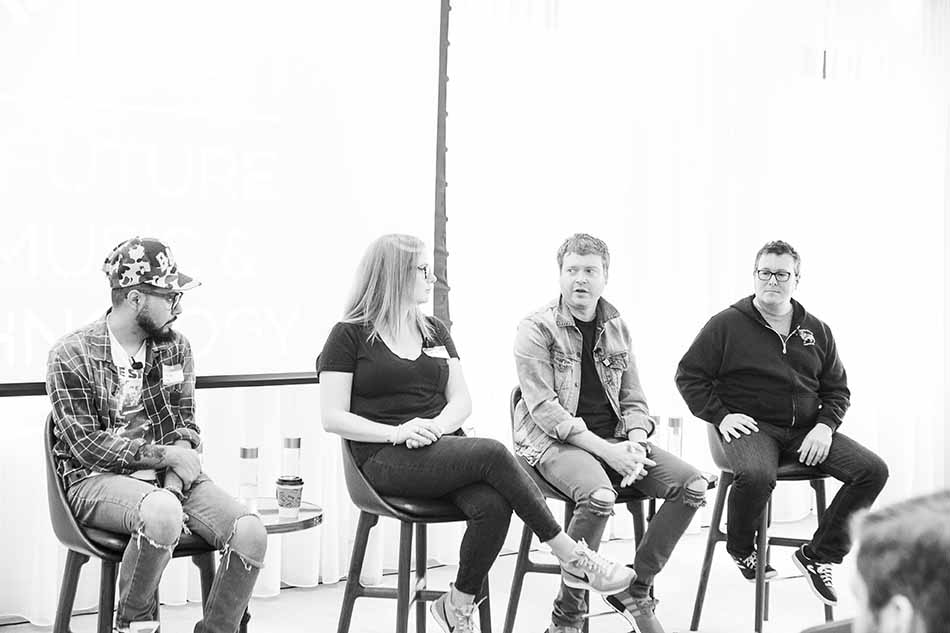 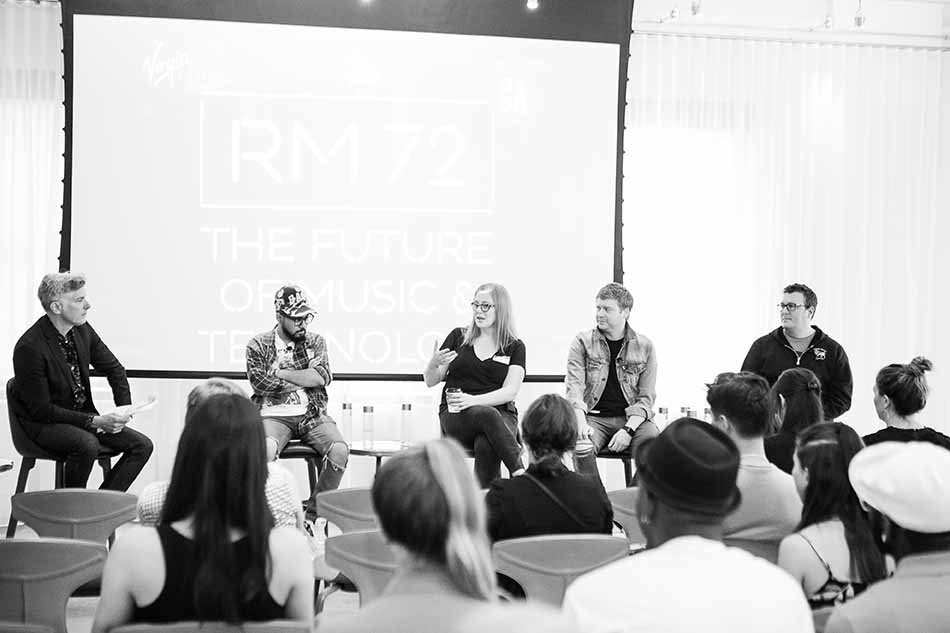 BS: What’s your advice for aspiring music business professionals with the industry changing so quickly? Do you advise paying your dues for an existing company, or jumping in as an entrepreneur?
Dana Meyerson: Both. Be well rounded, and start interning somewhere in the business.

Andrew Barber: And build your contact list to succeed. Networking is still such a crucial part, and especially in Chicago, where it’s a smaller network and everyone knows everyone else. And you have to embrace technology to succeed in the music industry. 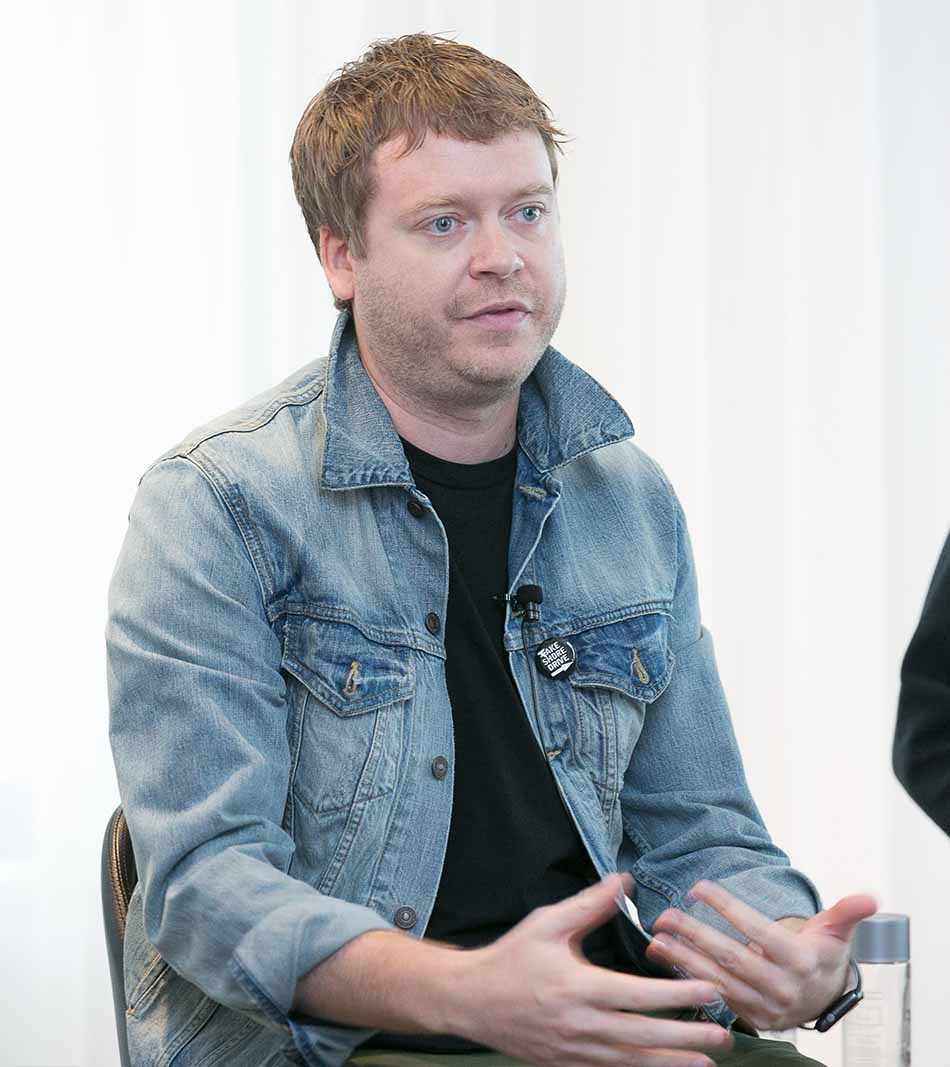 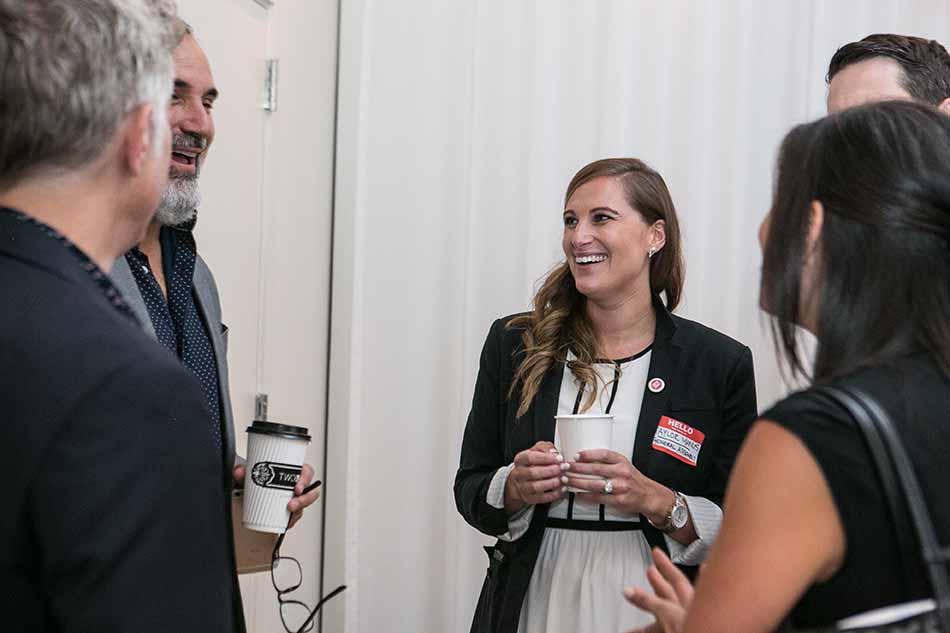 Stay tuned for our next RM 72 on Women and Technology, coming in January.

What is RM 72, you ask? Picking up the spirit and drawing its name from when Sir Richard Branson started Virgin Records, this initiative has but one goal: to amplify our commitment to helping the entrepreneur carry on with whatever their thing maybe — not because this is an opportunity to serve an underserved segment, but because we know them. We are them. We get what they are about and what they are going through. And whether or not they are staying at the Hotel, our commitment is to help them in their efforts.

What is General Assembly? General Assembly is a pioneer in education and career transformation, specializing in today’s most in-demand skills. The leading source for training, staffing, and career transitions, we foster a flourishing community of professionals pursuing careers they love. What began as a co-working space in 2011 has since grown into a global learning experience with campuses in 15 cities and over 25,000 graduates worldwide. As individuals and companies struggle to compete in an increasingly technological economy, General Assembly provides award-winning, dynamic training to close the global skills gap. 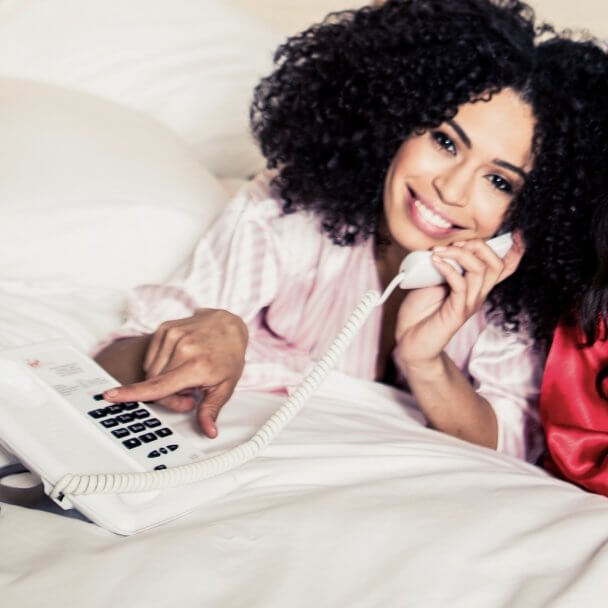