Over a pitcher of Mimosas at Miss Ricky’s, Phoebe Robinson, stand-up comic, writer and actor and co-host of the podcast 2 Dope Queens, explains to Hillary Sawchuk from A Drink With why you can’t touch her hair and how she juggles ‘boyfriends’, a career and comedy. Cheers! Read more at at adrinkwith.com

ADW: You’re juggling so many cool projects right now. I love how you likened your career to ‘juggling a couple of boyfriends.’
PR: Yeah it is, because everything requires a different part of me.

ADW: How is each boyfriend doing?
PR: Well, my main boyfriend right now is definitely my book tour, so I’m traveling a lot. Everything is focused on the tour. I haven’t really done much stand-up in the past three weeks. I’ve been doing [my podcast] stuff. I’m flying back to do a couple of shows next week and I’m leaving town again. So, I’m making time for that. That feels like my mistress right now. I’m like, “I got you baby. I’m still gonna see you. Here are some flowers. Don’t be mad.” 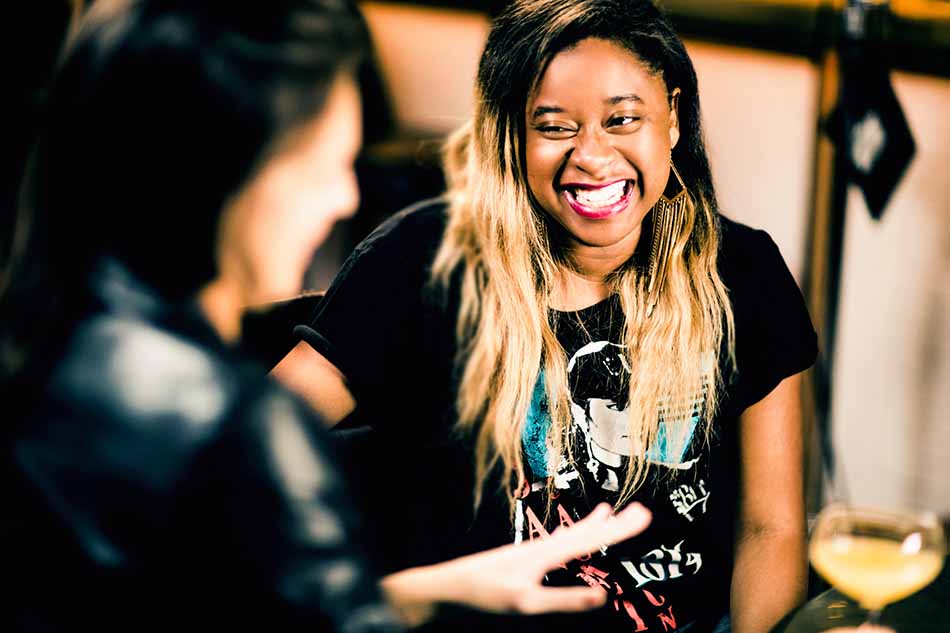 ADW: Congrats on your book, “You Can’t Touch My Hair: And Other Things I Still Have to Explain.” I love how you said, ‘Certain things were planned and other things were unplanned’ in your career. Was the book always something you wanted to do?
PR: I always wanted to write a book. I studied screenwriting at Pratt Institute in Brooklyn and then when I graduated I said, “I’ll just focus on working at a film company and going through the producer route.” Then I realized I missed writing so I got back into writing and started blogging in 2012. I thought, “I definitely want to do a book.” Two years later, my current agent emailed me and I was like, “Oh this is a sign.” I was so close to quitting in 2014.

ADW: Quitting what?
PR: Comedy! I couldn’t book anything and it was really hard and I was really broke. It was tough. 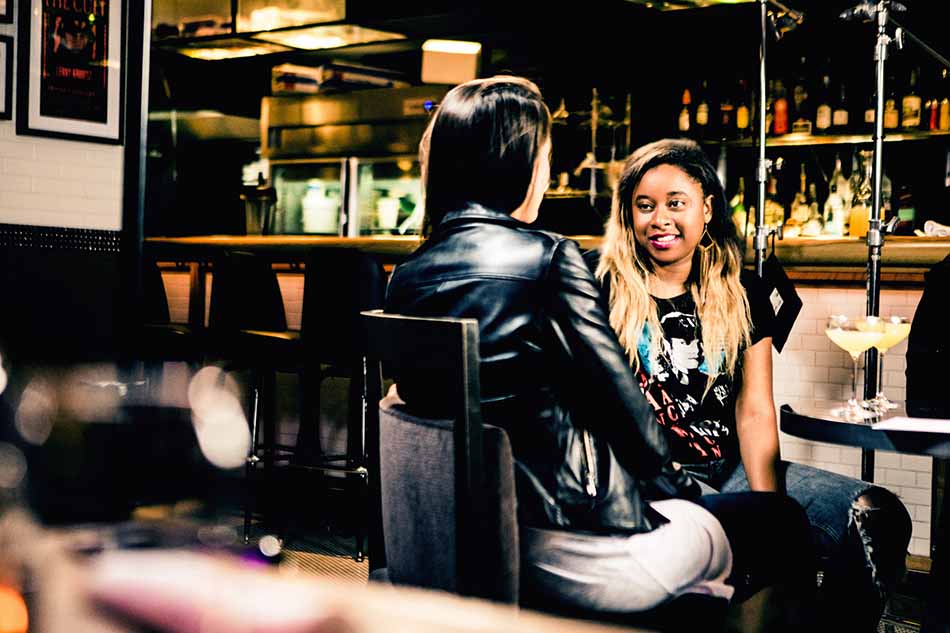 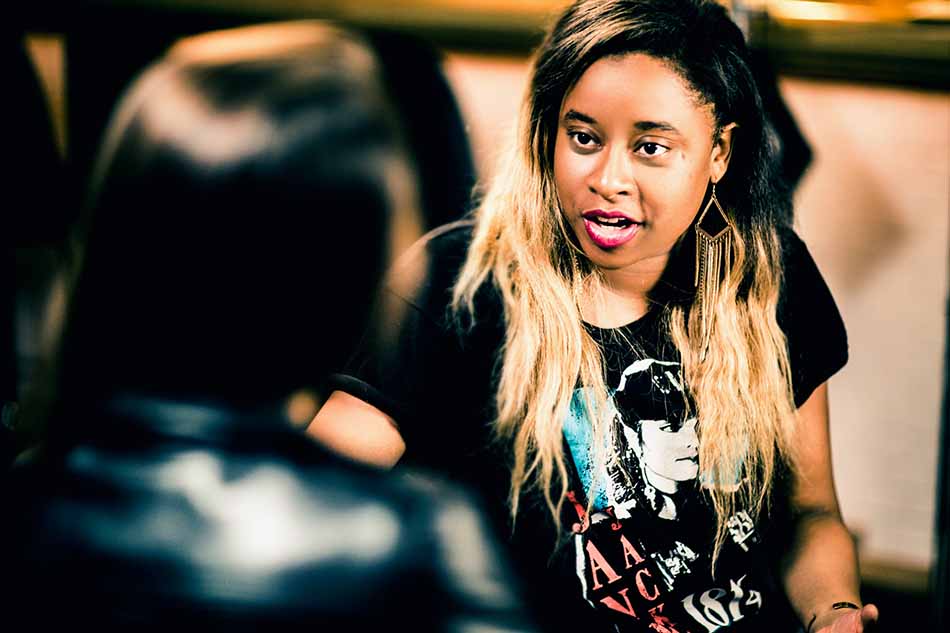 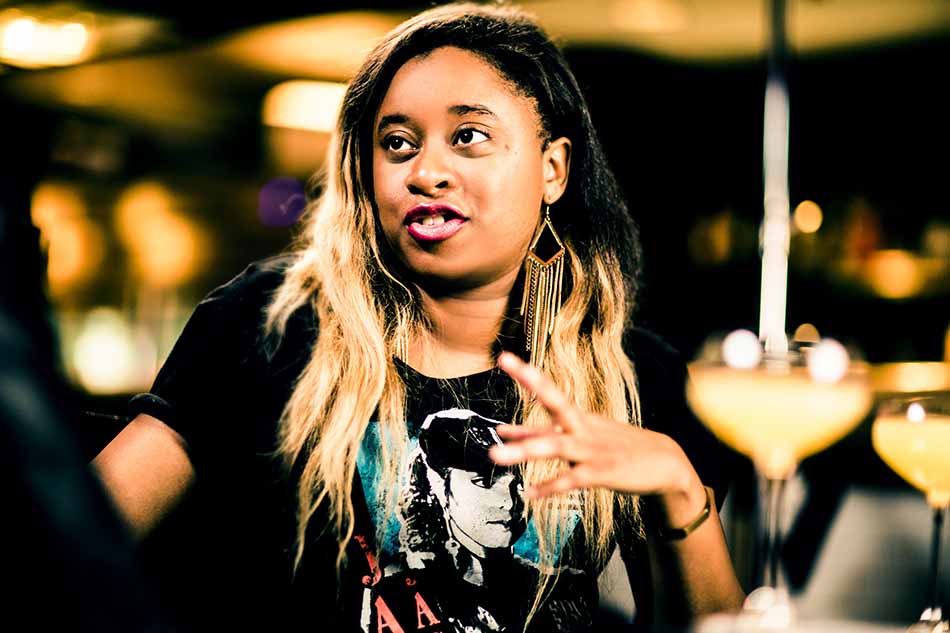 ADW: Thank goodness you didn’t quit. Is stand-up something that can be taught?
PR: I took a class on a whim at Carolines on Broadway, but I never thought I’d be a stand-up comedian. This is all a happy surprise. I think they kind of teach you the basics of standing on stage and not freaking out. I think you do have to have some natural ability, but I feel like everyone kind of sucks in the beginning. Then you slowly get better and better. You can definitely learn it, but you can kind of tell the people who are very natural and others who have to work at it. I think you can learn it. 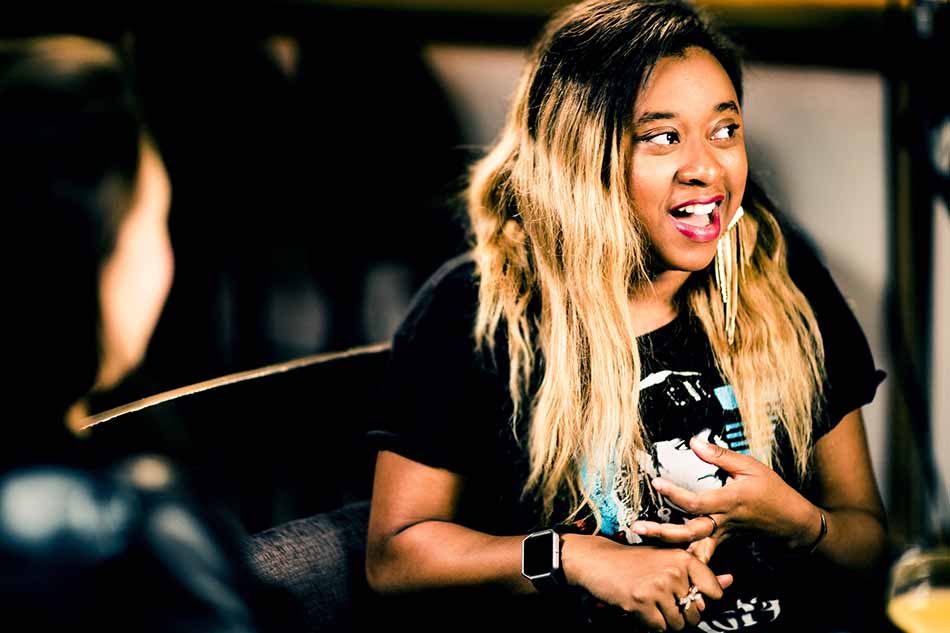 ADW: “Soooo Many White Guys” is your interview podcast. What is your favorite question to ask your guest?
PR: I try to tailor all of the questions to the person for the show. It was great when I was talking to Gina Rodriguez – she’s so wonderful – but she’s really passionate. She has these points she wants to get out about Hollywood, diversity and equality. It’s just nice to be like, “Let’s talk about a virginity story,” because of “Jane the Virgin.” She said, “Great, let’s talk about it.” She was so open and it was a really great sex-positive conversation. I lost mine later in life and I think she lost her’s a little bit later too, so it was just nice to have a frank conversation with another women. It wasn’t creepy. Sometimes if a male host were to talk about that, it could become weird. This was just two girls connecting saying, “Yeah, this is what it’s like for women.” That was a super fun question to ask.

ADW: Were there any major turning points in your career?
PR: I think doing “2 Dope Queens” with Jessica Williams was great. It started as a spoof. I met her two years ago when I did background on a “The Daily Show” piece she did about black hair. Black hair is a running theme in my life, apparently, because of my book and everything. We just hit it off. We had always wanted to meet each other and we just hadn’t yet. I asked her to co-host a show with me as a spoof. We really hit it off and had a great time. We were like, “Let’s turn this into a podcast. Maybe we could do it ourselves and just upload it.” She knew some people at WNYC because she did an event with them and then it just kind of snowballed from there. I think we sensed that people were going to like the show, but we didn’t know it was going to explode the way that it did.

ADW: If someone wanted to start their own podcast, what advice would you give them?
PR: I think you kind of have to base your podcast around what you’re really excited to talk about. With “2 Dope Queens,” we love hanging out, we love celebrating comics of color, women and queer comics, so it was a very easy thing for us to do. For “Soooo Many White Guys,” I love interviewing other performers and writers and just trying to figure out what they do and just get to know them as people. I love connecting one-on-one. If you’re a woman and you love video games, it’s a great hook. You could just have a podcast talking about different video games.

ADW: What’s the biggest risk you’ve taken?
PR: I guess it would be when I quit my day job in 2013 to work on a pilot for VH1. The show didn’t end up happening, so I thought, “Alright, well, I guess I’m going to have to freelance and figure out how to make money.” That’s why in 2014 I thought, “I don’t know if I can do this.” It was a really hard year struggling to make ends meet. 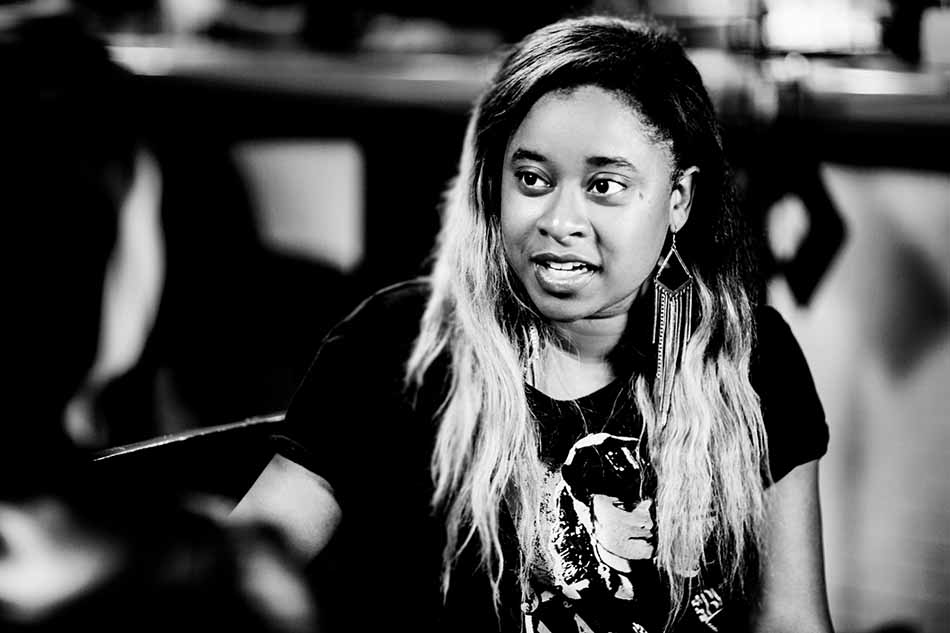 ADW: What was your full-time job?
PR: I was an administrative assistant at an Internet company. I assisted a couple of lawyers. Then I was just freelance writing, doing TV recaps and branded web shoots that pay like $500, scraping together my rent every month. 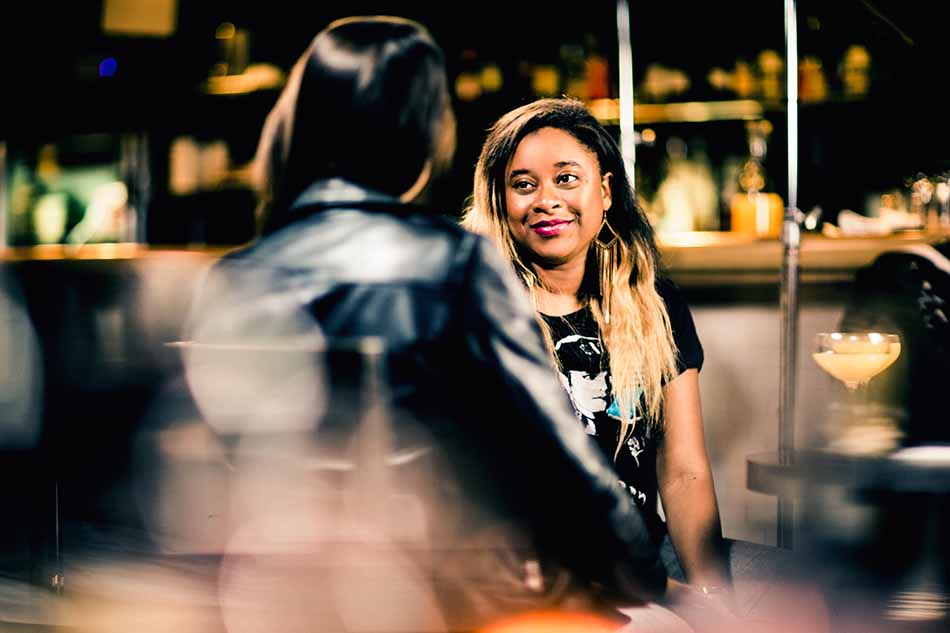 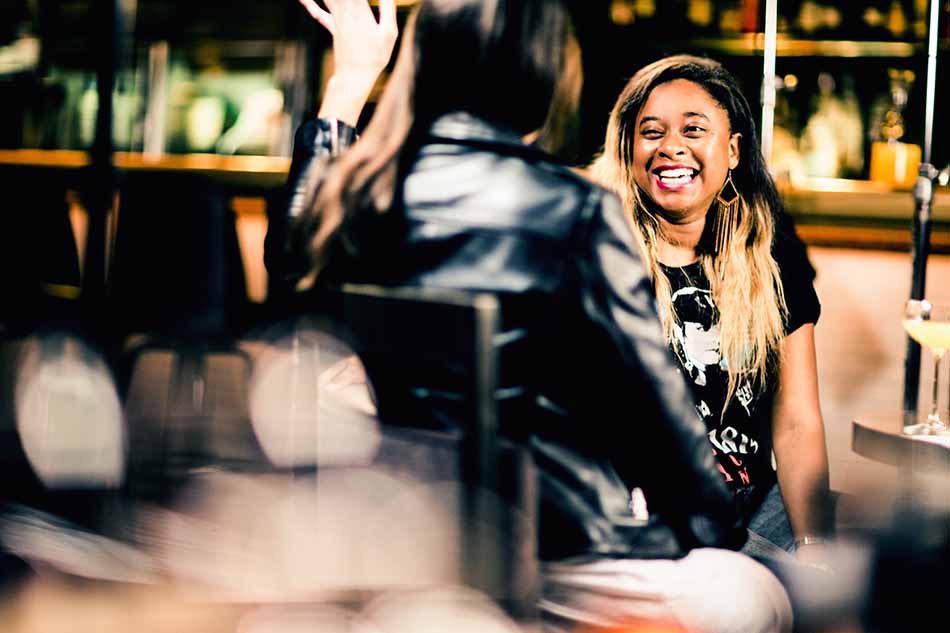 ADW: If you could have a drink with anyone, who would it be?
PR: Can I do group happy hour? It would be Oprah number one, obviously. She’s amazing. She’s everything to me. Then Prince – the hologram of Prince – I would be totally fine with that. I love Malala [Yousafzai]; I think she’s so brilliant. She’s smarter than I will ever be, so I’m like, “Teach me your ways.” And then Michelle Obama. It’s a who’s who of amazing women.

ADW: Have you talked to Oprah yet?
PR: I heard that she has my book. 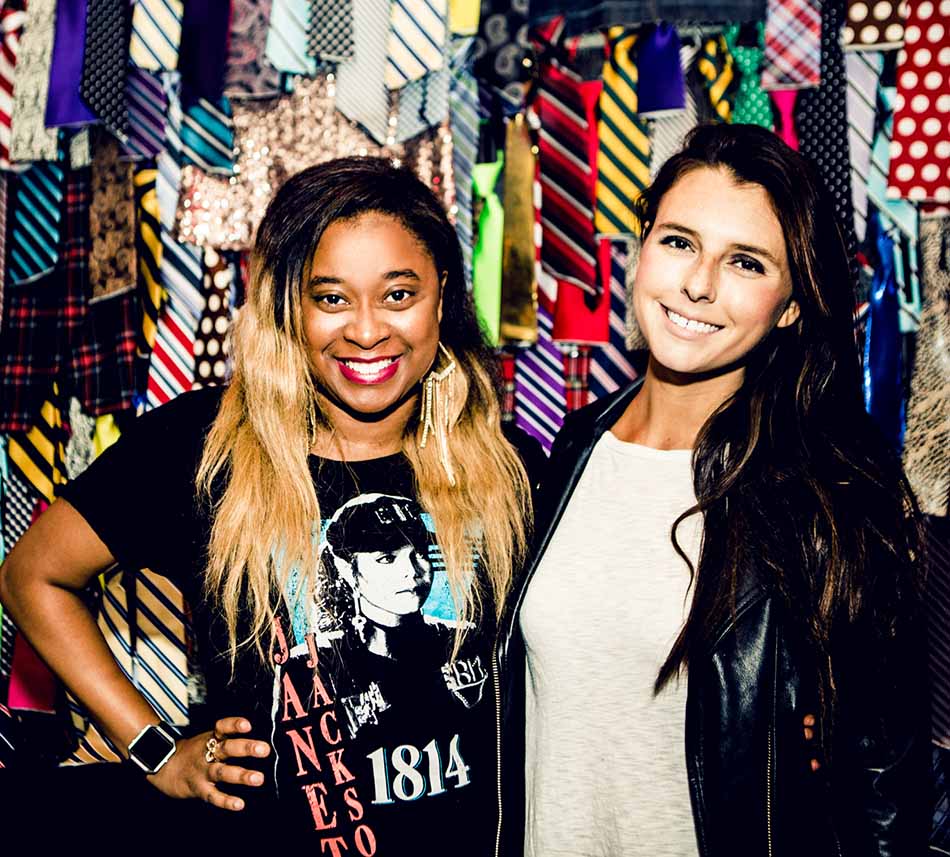