“The story of women’s struggle for equality belongs to no single feminist nor to any one organization but to the collective efforts of all who care about human rights.” – Gloria Steinem.

While every day is a celebration of women at Virgin Hotels, today on International Women’s Day we’re keeping up the momentum by bringing to light the accomplishments and sacrifices made by those women who have led the movement for gender equality.

There are a number of women, young and old, that we think are igniting change in their own unique ways in different industries and sectors of society. It’s not just in business, but women who embrace their size, embrace fashion, career achievements, education, being a #MomInChief.  We hope the celebration never stops.

While we were talking women, our family at Virgin.com is celebrating #beboldforchange and highlighting 9 women that are making bold changes for the future of #GirlPower. And GIRL, do we support it!

Highlights from the conversations with these women below have left us feeling optimistic of the future of feminism.  The beautiful portraits below of their stories were created by Maria-Ines Gul and we’re honored to showcase these in the Shag Room at The Commons Club throughout the spring – pop by and have a look!

Gemma Cairney
Best known for presenting radio, but take the microphone away and you’ll find a woman passionate about championing talented women and challenging perceptions around important issues such as mental health.

Who is one woman you really admire?
I’ve loved Erykah Badu since I was really young. I did a documentary on her in 2011 and it was really special to me. It’s her vibe and image that gets me. She seems like she’s unashamedly a life explorer and makes you feel like you could do that approach too. 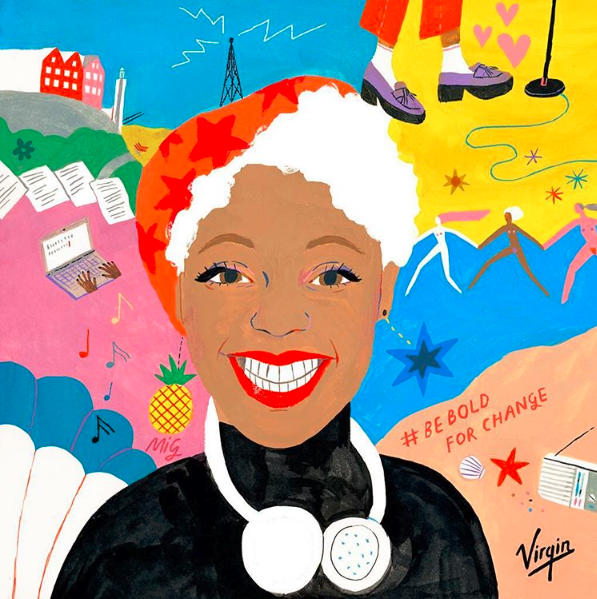 Cassie De Pecol
A world traveller and explorer, triathlete, activist, educator and entrepreneur, she has travelled alone to 196 countries – and holds the Guinness World Record for the fastest woman to travel to all sovereign nations.

What one thing would you most like to see change to improve gender equality in your society?
In my society, professional obstacles between men and women exist, and I’m feeling the direct effects through this expedition. Becoming the first woman on record to travel to every country in the world is a feat that until February 2nd, 2017, only men have achieved. When I set out for the record and submitted my application to Guinness World Records, about six months in, they changed the record from ‘Fastest Person’ at three years, to ‘Fastest Male’ at three years and ‘Fastest Female’ at four years, giving women more time to travel the world.

To this day, I can’t understand why women need more time to travel the world. As an advocate and leader in women’s achievement, breaking the previous men’s record in over half the time, my goal is to break down barriers of limitations women face within the workplace, or when attempting to accomplish something only men have, for that matter. 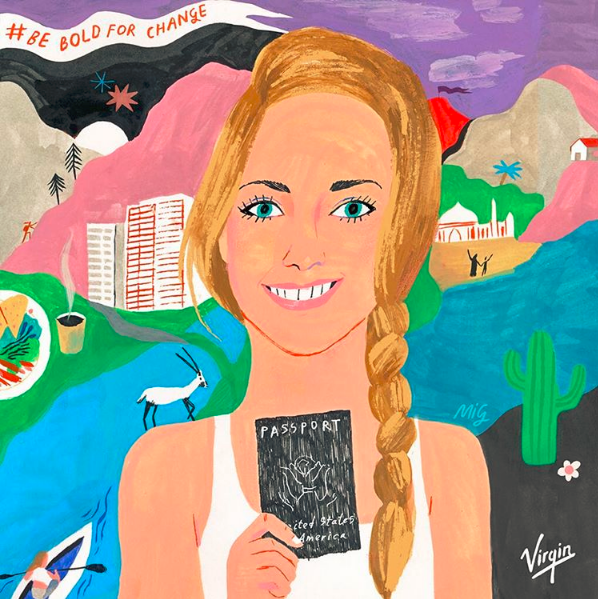 Irene Agbontaen
Launched her fashion label, Taller Than Your Average, after becoming frustrated at the lack of clothing ranges that catered for women who are 5’9” and taller.

What do you do when you need a confidence boost?
I always start my day with 30-minute meditation. The hustle and bustle of being an entrepreneur can have your brain all over the place, so I have to start the day centred, calm and full of positivity. 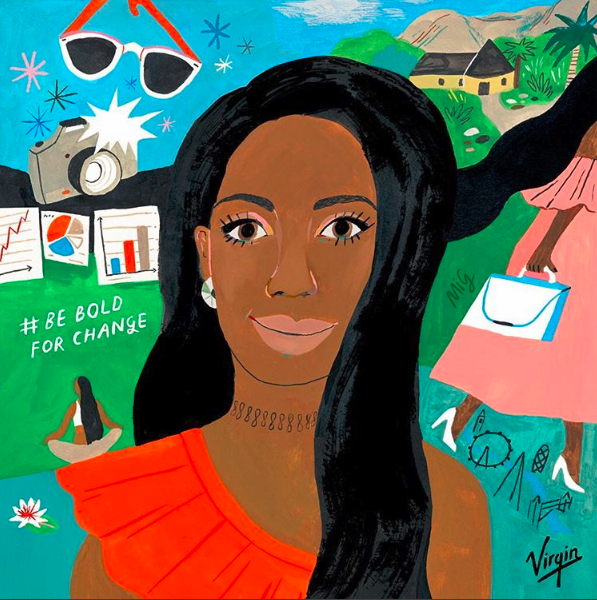 Lisa Thomas
Virgin’s global head of brand is passionate about seeing women succeed in the workplace and is helping to make sure that happens at Virgin.

What one thing would you most like to see change to improve gender equality?
I’m very proud that Virgin has some really forward-thinking People policies that aim to make balancing life and work easier – in particular motherhood. Several women have taken 12 months maternity leave on full-pay since we introduced that option for staff we’ve employed for over four years in 2015 – and we’re proud to have been able to support them in that way. We also embrace flexible working and have unlimited leave, for both men and women. It’s about treating people as adults and recognising we are humans with multi-faceted lives. It may not work for all businesses, but it’s been hugely successful for us and we’re happy to be a bit of a test bed for forward-thinking policies if it helps inspire other companies to follow suit.

That said, the fundamental thing I would really like to see is a genuine change in attitude – so that people embrace it because they think it’s the right thing to do, rather than because women are standing up and saying they have to. The thing I find the most depressing every day is that you still meet people who think that gender, and even more broader, equality and inclusion isn’t something they need to be thinking about – and a positive thing. 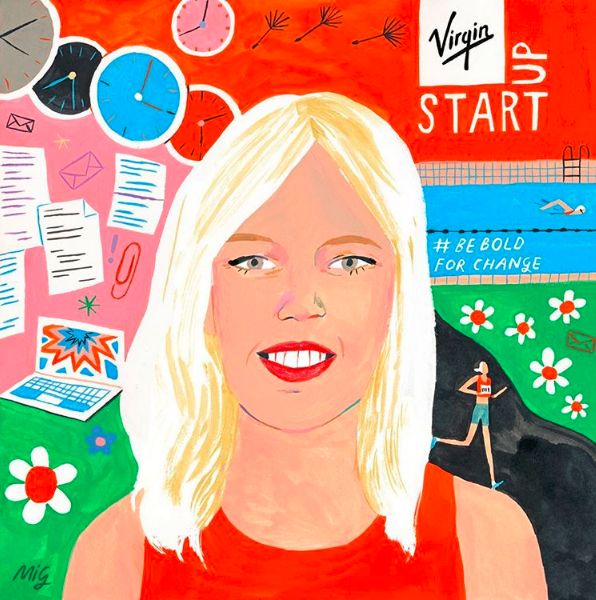 Which woman in your life do you respect for being bold for change?
My mum is incredibly resilient and positive in the face of huge adversities – so probably her. She’s also crazy forgiving. 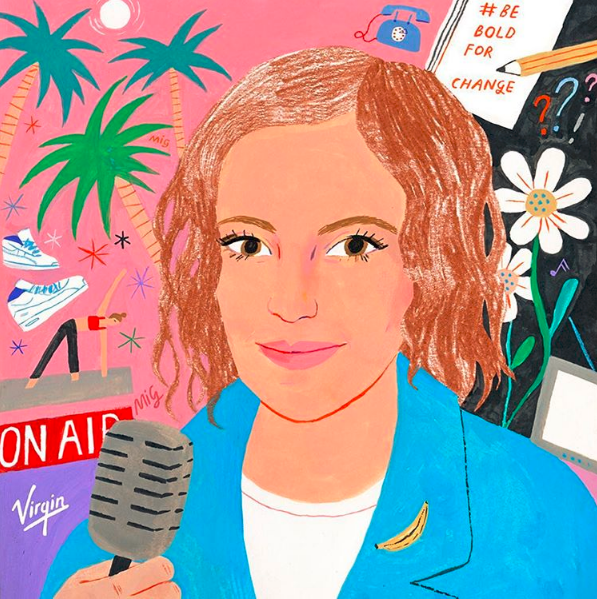 NOW: Get out hash-tag and shout “Hurrah!!!” throwing that confetti up in the air to celebrate women are generally encouraged activities. But if you want to join us in making a change, if you want to do something – join us in supporting our partner organization Lean In, empowering women to achieve their ambitions, now and every day.

Our next #BeBoldForChange initiative will take place on Equal Pay Day, 4.4. Save the Date!

RM 72: THE FUTURE OF FEMALE ENTREPRENEURS
in partnership with General Assembly, it’s an opportunity to learn from the best – serious wisdom, from seriously cool women, all designed to empower you and your organization’s success. Whether tackling the gender gap, disrupting an industry or starting a business, come out to be inspired, pursue what you love, and have some fun while you’re doing it.

Not only will our panel of women will share their advice and perspective on #thefutureisfemale, but they’ll also share candid stories about their fears, failures, the best advice they never took, and the lessons – and action to take from it – learned throughout their life/career/entrepreneurial journey.

100% of proceeds from this event will go to Lean In Organization. 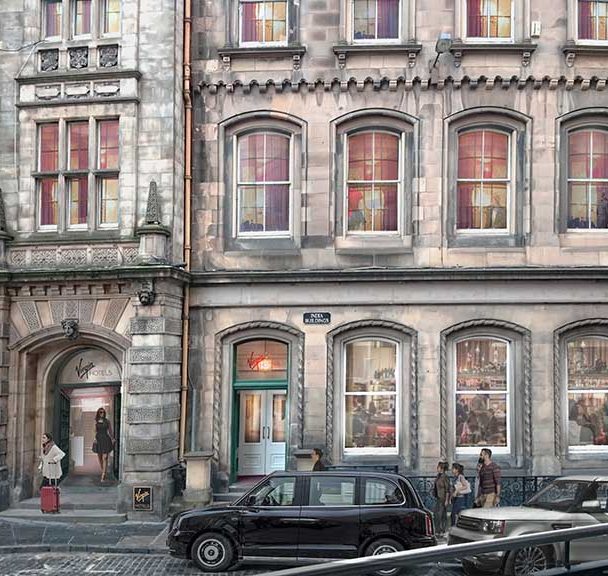 Slated to open in 2020 Three years ago, in the middle of a harsh winter, Virgin Hotels Chicago…