What’s better than getting to see Hamilton: An American Musical? Well, let us tell you. It’s sitting down with one of the cast members. We chatted with Samantha Ware over whiskey & ginger ale at The Commons Club to talk about her musical inspirations, her Broadway debut and what’s next for her.

Did we mention, she’s awesome?

VHC: Who or what was your inspiration growing up? How about now?
SW: Growing up, it would vary. My mom’s favorite musical was Grease and she also liked The Wiz and that’s where my theatre obsession came from. But I also loved Whitney Houston, Destiny’s Child, TLC, any chocolate girl group at that time, 90’s R&B. When I got a little older I fell in love with the Broadway star, Audra McDonald because there’s not a lot of females, especially black females yet on Broadway. 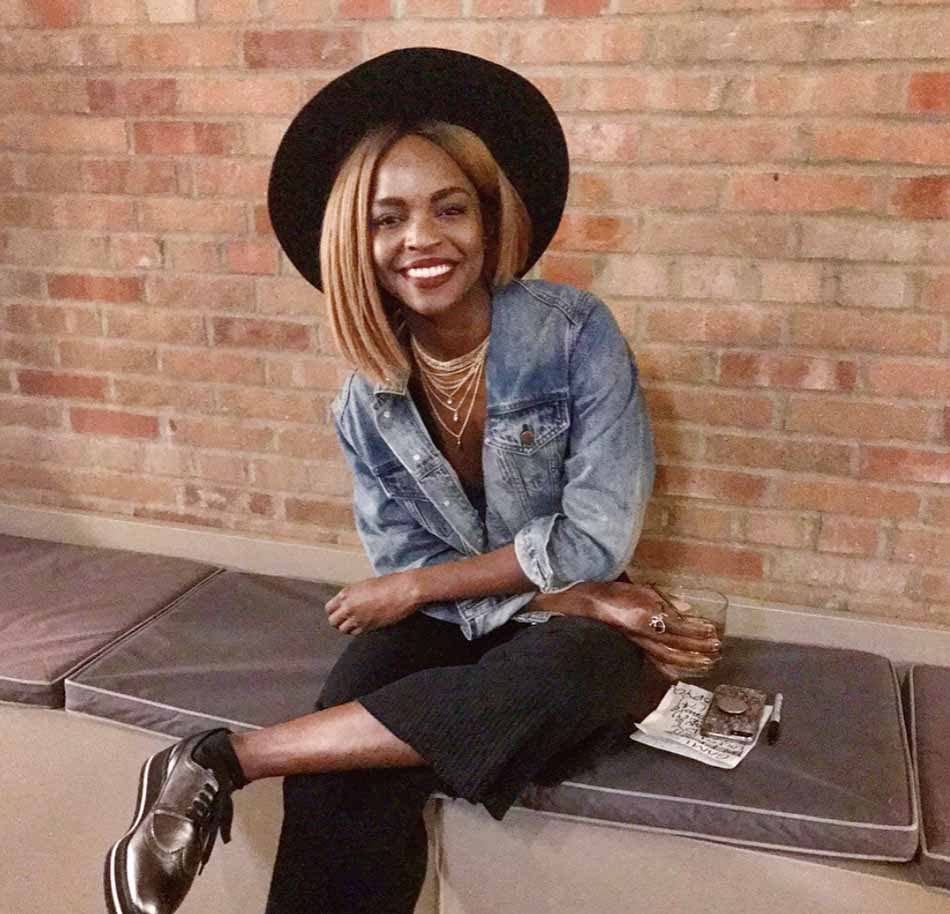 You’ve been in a few shows now…
My first gig was Lion King and then The National Tour of The Book of Mormon, which was my Broadway debut right after they won all the Tony Awards. They were filling in spaces, I wasn’t even 21 yet.

How do you mentally prepare?
Breakfast. I honestly learned you have to take care of yourself before the shows and what you eat in between. In Hamilton, the females wear corsets, specifically the principals, so we have to watch how we eat in between shows.

How do you unwind?
Some people go out afterward because you don’t have a show until the next evening. 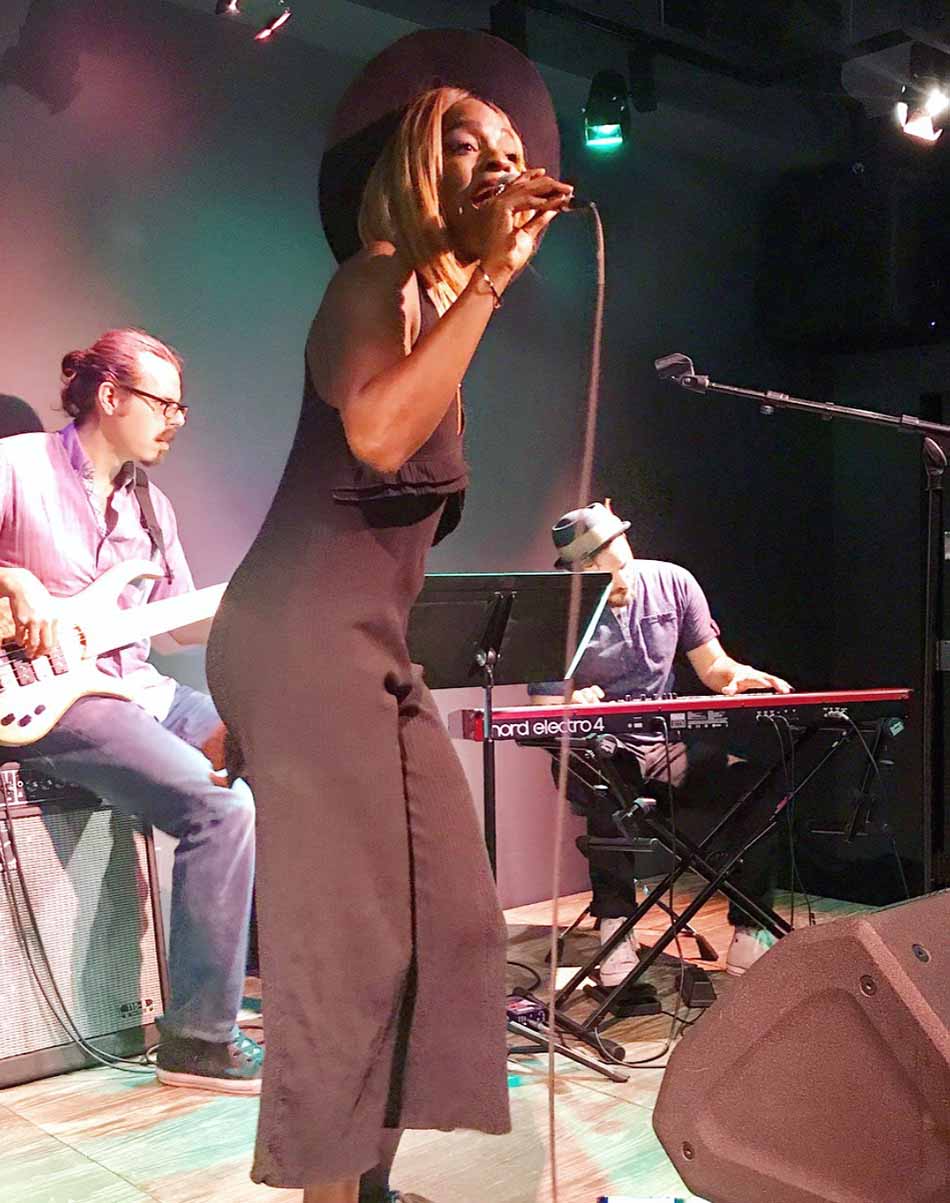 What’s your favorite thing to do in Chicago (when you get free time)?
I’ve lived here since September and I either try to hang out with the cast, I have a few friends who live here too. I try to get outside, summer just got here in Chicago. Also, restaurants – Daniel Breaker just joined the cast and he’s a chef so he’s been making us all extravagant meals and potlucks since he’s gotten here. I love museums, especially the Art Institute of Chicago.

If you were to stay at Virgin Hotels Chicago, what treat or snack should we have in your chambers?
Could I have a soul room like Diana Ross or Chaka Khan? But my drink of choice before I go on is whiskey with a splash of ginger ale, so that would be my go to.

How is it playing two very different characters in Hamilton? You also starred as Eliza Hamilton in a recent show, right? How was that?
I actually played Eliza yesterday. This is the first time I’ve ever understudied a role, especially as a principal, we don’t really get to under study each other but they gave me the opportunity and it’s been a huge learning experience, living in this other character. It’s such an emotional show. 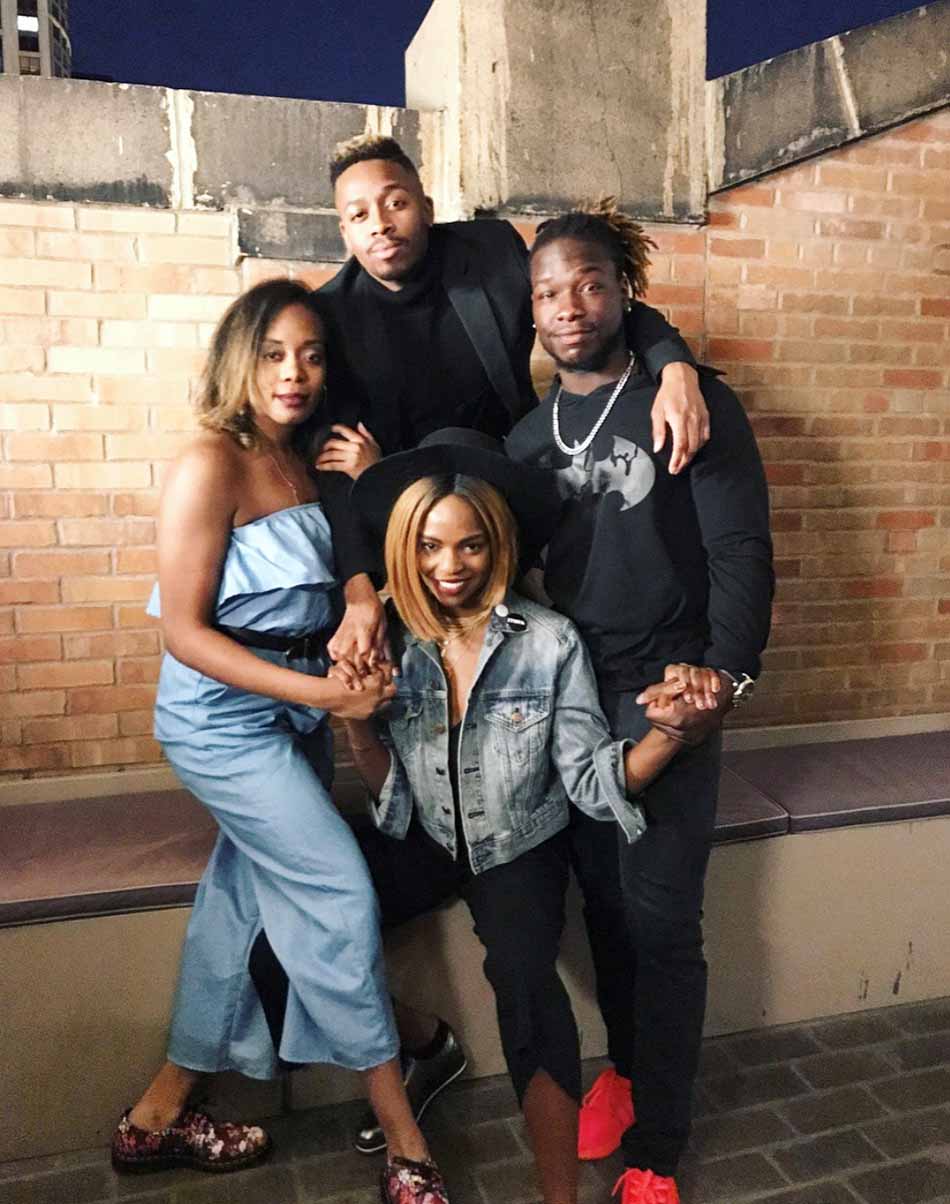 We have to ask…what’s your favorite scene and song from Hamilton?
I guess, I have a few of them, as far as one I’m in would be “The Schuyler Sisters” with all the girls because it’s our introduction to the show and that’s actually the only time we get to dance. So that’s my favorite number to actually physically do. Then, I love “My Shot” just because that’s kind of the anthem of the show and you can tell how excited the audience is to be hearing in on stage. It’s one of the first three numbers in the show. One of my favorite numbers is “Wait For It” when Aaron Burr sings it because it always stays relevant.

What’s next for you post-Hamilton?
Post-Hamilton, I’m not completely sure. I’m really interested in TV and film and collaborating with friends, making our own stuff. The majority of my friends are people of color in the arts so it would be nice to start using our platform. 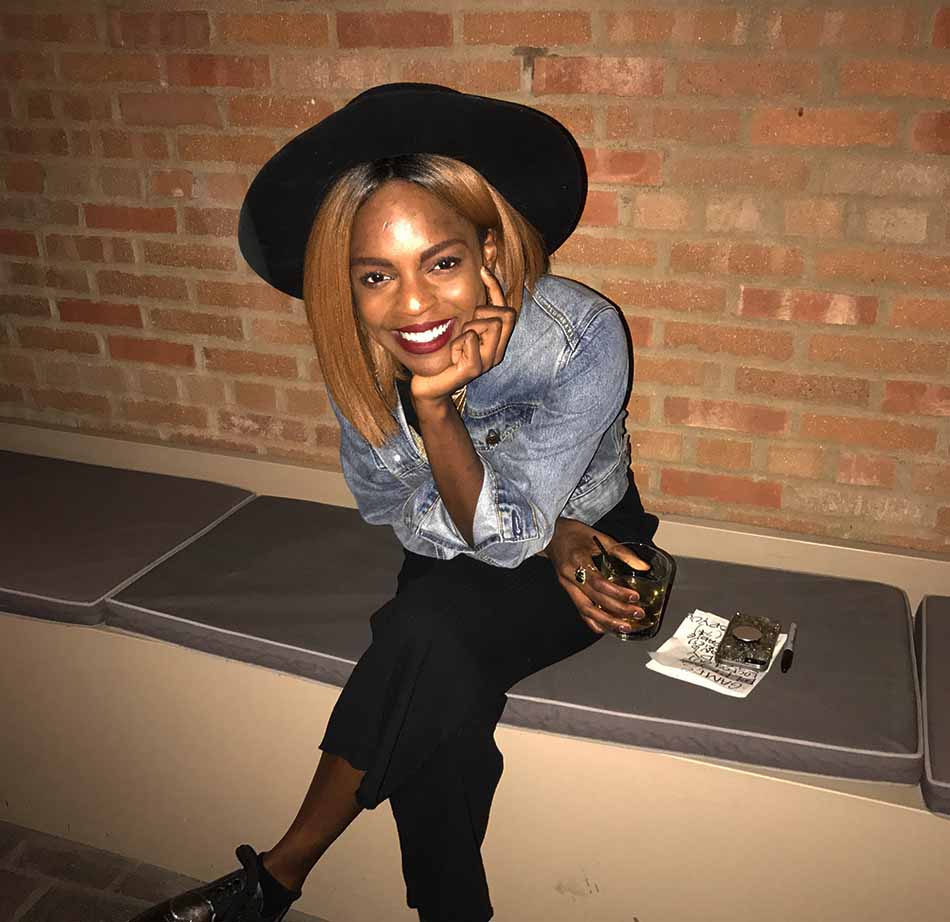 What’s your advice to young girls who may be pursuing your career path?
For an artist’s career path, especially right now, my big thing is self-care and social media makes it hard to remember to be creative. People don’t really journal anymore and originally express themselves. I would say to young girls, be patient, take care of yourselves and block out the noise. 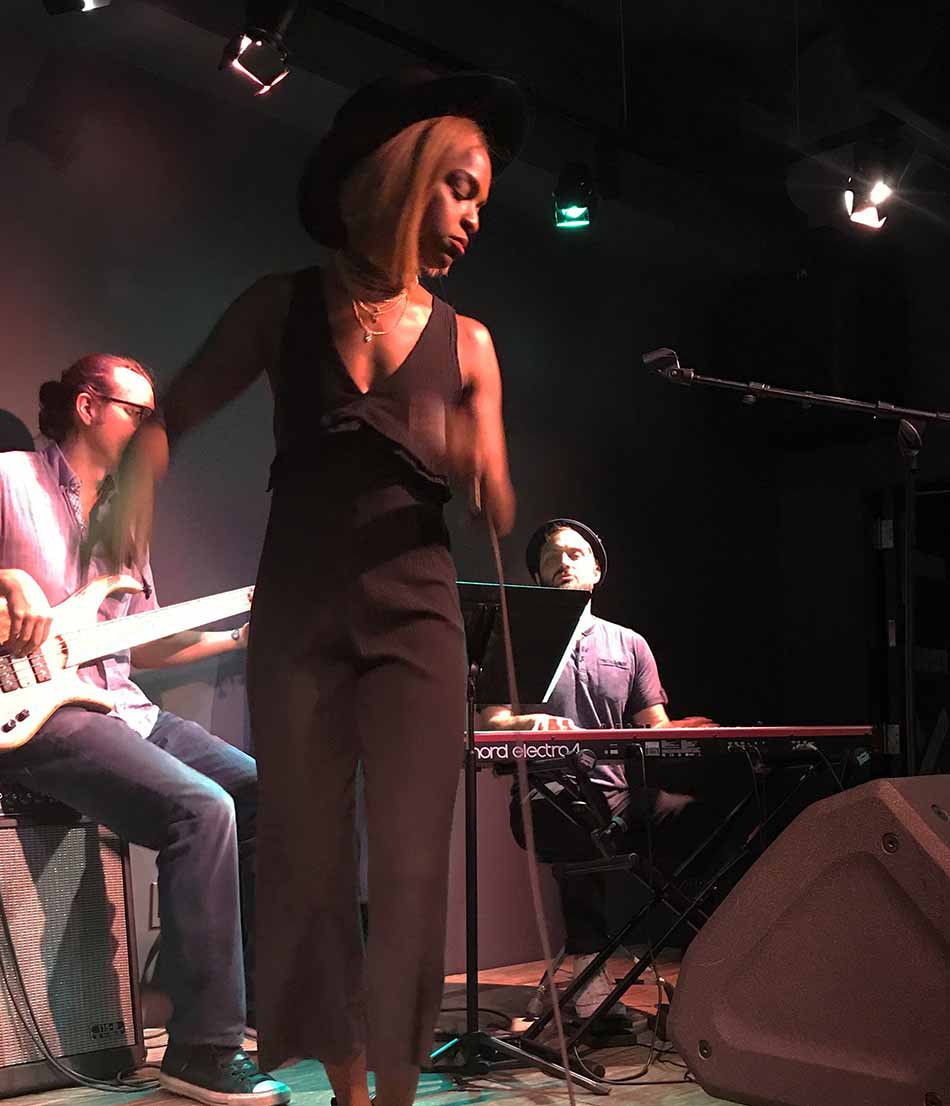 What kind of legacy do you want to leave behind?
The footprint I would want to leave, oh that’s tough. Right now, I am excited to leave behind sons depending on the social climate. I’m excited to be a mother and raise black men. Being a woman of color and having a voice in the community but also trying hard to make sure everything isn’t so cryptic and filtered, especially with social media. I want to express myself fully with the message it’s okay to accept everyone.