If you’re an avid follower of all things comedy, you’ll know that there’s always something or someone new to laugh at. If not, join in! It’s fun.

We had the chance to sit down with the first woman to win NBC’s competitive reality show “Last Comic Standing”. Her name? Iliza Shlesinger. Over an A Drink With {boozy coffee}, our gal Hillary Sawchuk and Iliza chatted all things travel, love, her new book, “Girl Logic”, and what the next 5 years will bring. Cheers!

ADW: Your new book, “Girl Logic: The Genius and the Absurdity” explains the complicated inner-monologue it takes to be a female on this planet. What’s your definition of girl logic?
IS: Women are expected to be so many things to so many different people. In one fell swoop you’re supposed to be sexy but demure, whatever the fuck that means. A ball-buster but also not too loud. Showy but not too confident because that makes people upset. It’s so easy to say, “Whatever, just be yourself,” but when you’re a woman, other people’s perceptions of you can have detrimental effects on your safety, on your career, on how you’re perceived. Girl logic is that inner voice that helps us navigate all of the external stimuli coming in telling us good and bad information. I wrote the book because women are always called crazy. I got so tired of hearing that. When you ask me what I want for dinner, I can’t [always] be like, “Pizza.” It doesn’t make me crazy. I’m having to factor in [and think], “Did I eat pizza yesterday? Am I wearing a bathing suit later? Am I wearing a tight dress now? Do I already feel bloated? Do I feel gross?” The answer is yes, we always feel gross. [Girl logic] is trying to navigate our way through that because we are expected to look a certain way, feel a certain way and act a certain way and also reconciling how we want to feel. So, it’s this endless [thought on] how we’re perceived, how we want to be perceived and what’s actually happening. 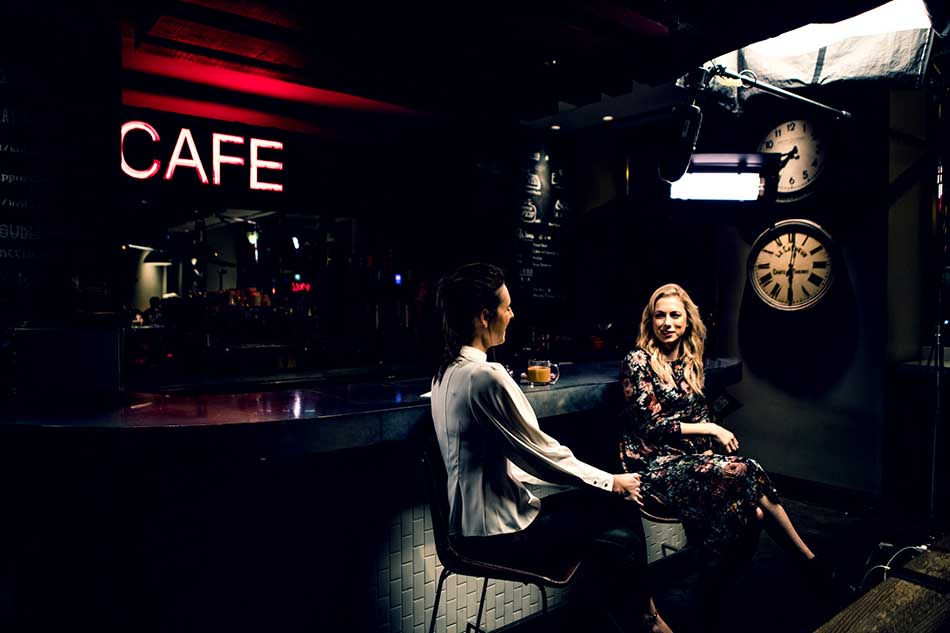 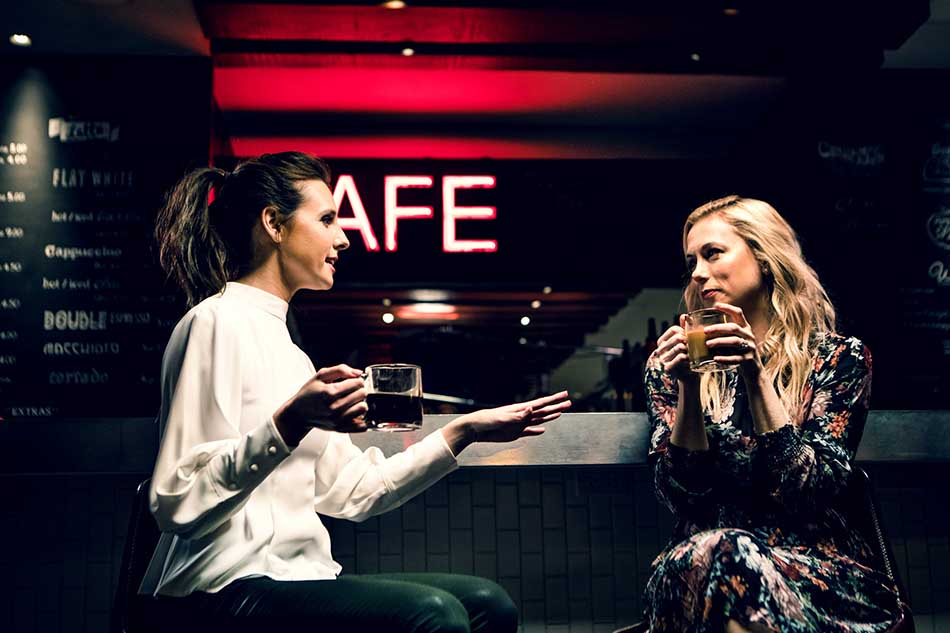 ADW: Would you say girl logic is an asset?
IS: We’re lucky we have it. It’s a highly evolved skill set because we happen to be a sex that has so many expectations. This way of thinking helps us suss out what we actually want. The issue is that we have to go through all of these iterations, “Do I want to wear this? If I wear this are my feet going to hurt? If my feet hurt, I’m not going to be able to walk. Is he going to think I’m annoying? Am I going to be tired tomorrow? Do I want to work out tomorrow?” You’re factoring in past, present and future in a microsecond and we’re able to process all of this. But when you verbalize it, it’s like, “Oh my God. What a psycho.” But we’re not. This is what we have to do to compete. 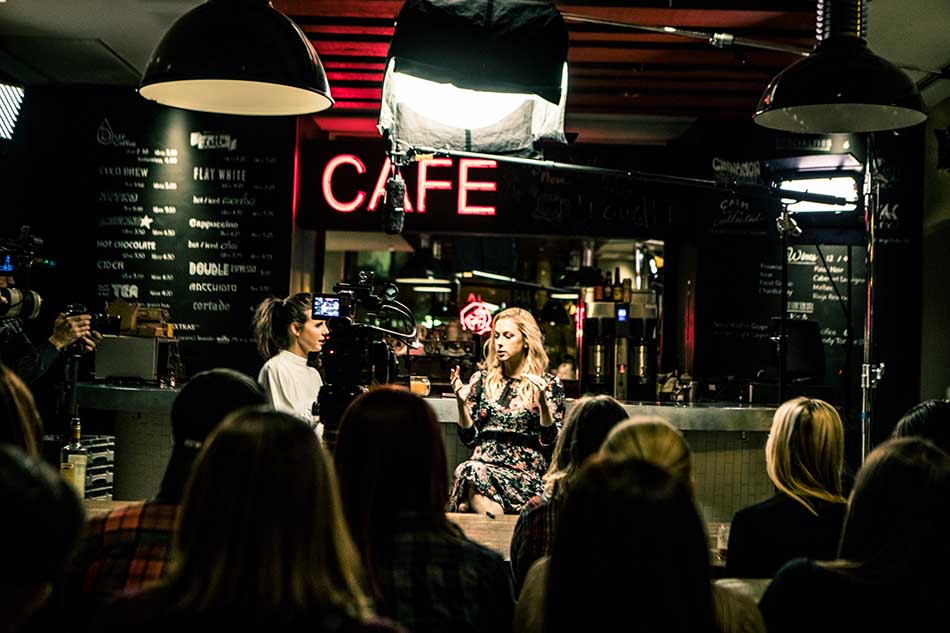 ADW: Did anyone give you advice along the way for surviving in comedy?
IS: No. I have a very different path into stand-up than a lot of people. It’s not relatable because I was doing stand-up for three years… just bar shows, I had a day job. I quit the day job to do stand-up full-time, but then I won a show called “Last Comic Standing.” When you win something like that you don’t become a celebrity overnight, but you get the chance to be a headliner which means I never had to go on the road with a man. I never had to hope that somebody would give me a break. I wasn’t making a ton of money and these weren’t amazing venues, but I was the queen of my own domain. My teeny, tiny, not-paid-much domain. So, I missed those years in the trenches of gritting it out with people. It’s like I skipped college and went from high school to the real world. I didn’t have a lot of that time that a lot of other comics had. I didn’t know any other women— any [women] I knew were famous so they didn’t know me. I had to piece together whoever would be cool to me or whoever was around me at the comedy show and just sort of piece together what I thought a career should look like. When I talk to other women who do it, it’s not a sense of competition — I mean, underlying, of course, you want to outsell everyone and be the best — but 10 percent of women get what I do in show business. They understand the travel and how scary it can be. If you can set aside ego, which is very hard to do, you can share a heart with someone. I think as women we’re taught not to do that because everything is so cutthroat. 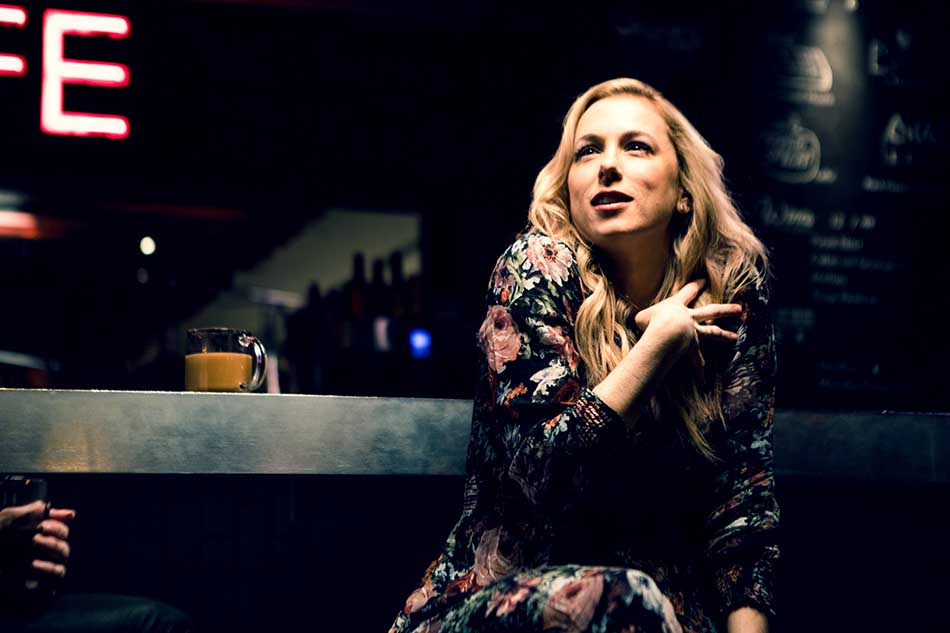 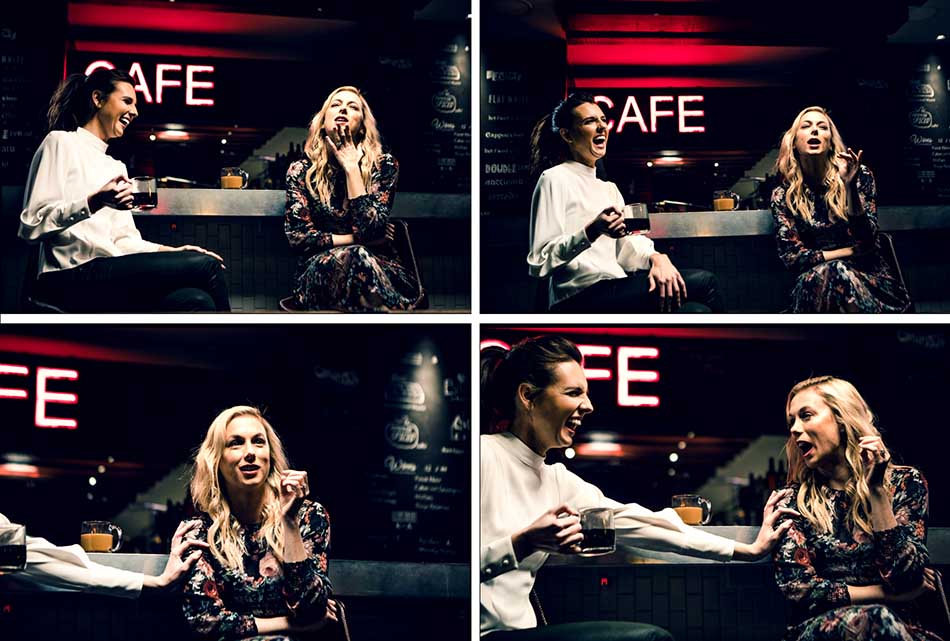 ADW: You’re on the road all of the time. Since we’re at Virgin Hotels Chicago, why is being nice to hotel check-in one of your travel tips?
IS: I’ve made an art out of [traveling]. You get off a plane, you’re exhausted, you get there and they can’t check you in. You’re thinking, “Give me my room… I’ve got to take a shit, I’ve got to feed my dog, I’ve got two hours to take a nap!” I think hotel check-in is kind of like flight attendants. They deal with people that are angry all day long. If you can muster just the tiniest smile from the Uber to the door and say something like, “I love your hair,” or just something that you see [to acknowledge they’re] a person. And that’s what life is… just faking it to get someone to be nice to you. 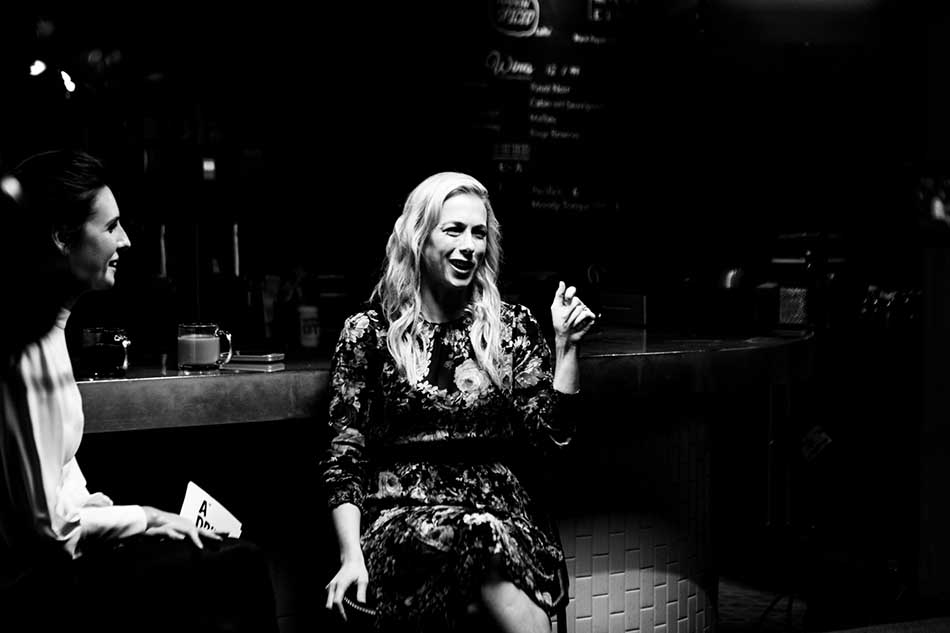 ADW: What’s your biggest anxiety when traveling?
IS: Traveling to LAX from my home. Without a doubt. I could go on forever. I believe that airport is based off of a blind child’s drawing contest. We have our international terminal in the middle so no matter what terminal you’re going to you have to pass it. If I’m going to Sacramento, why do I have to pass Aer Lingus? There’s just no reason for that and it creates this vortex of shitty traffic and there’s one way to cut across and it’s like a bread line. It’s just awful … You have O’Hare. Woof. I was walking through O’Hare when we landed today and it was like I was in a Museum of Horrors. I can’t imagine what it was like Thanksgiving weekend: Nuts on Clark everywhere, popcorn, just a mess… That tunnel with the lights. 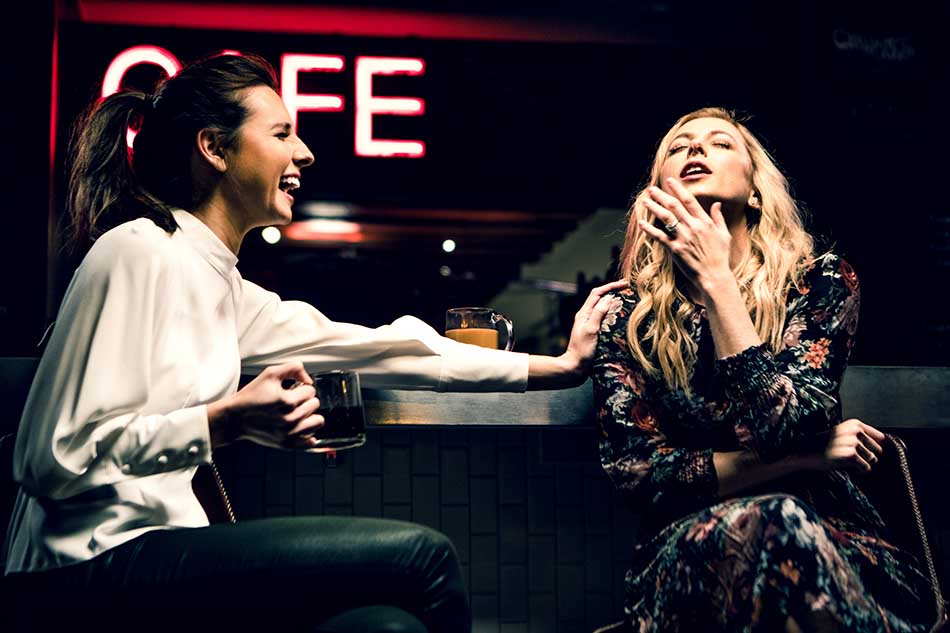 ADW: If you could have a drink with anyone, who would it be?
IS: That’s hard because I’m supposed to give an answer like Jesus. Now my girl logic is kicking in and I’m thinking, “You want to say something intelligent like Ernest Hemingway. But also, Marilyn Monroe.” I’m answering this like it’s going to come true. I feel like every white girl says Beyoncé. This is not going to feed my soul and I don’t think we would have a fun conversation, but I would share a Gatorade — she looks like she’s had a lot of it from playing sports — with Sarah Huckabee Sanders. I’d be like, “What the fuck is going on? Are you for real? Are you trolling? There’s no way you believe this.” She just reminds me of the girls that you play sports with that are like, “No problem, coach. I’ll run those extra miles,” and you’re like, “Fuck that.” I would get her drunk and put vodka in the Gatorade just to get it out of her. She’d say, “Sometimes I don’t even read off a prompter. Sometimes I just talk and the GOP’s like, ‘It’s gold, it’s fine.’” I’d want to know. 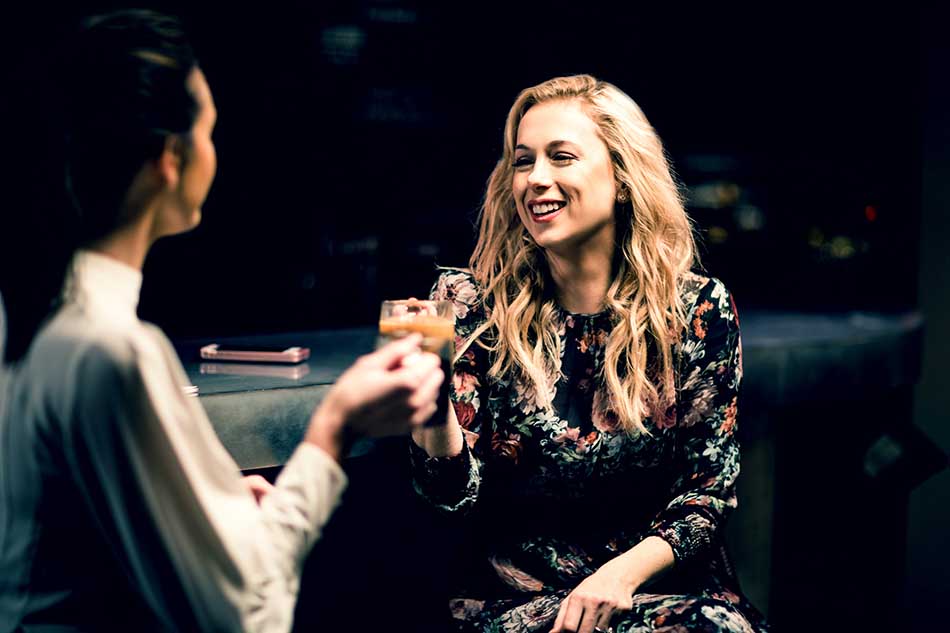