Over the years, drag has grown to become one of the most popular gender-bending cultural phenoms. RuPaul’s Drag Race has helped catapult Queens to stardom, giving birth to household names like Tyra Sanchez and Chad Michaels. Chicago is currently the epicenter of drag, where drag and activism collide to create one (fabulous) powerhouse.

Lucy Stoole, a Kansas-native, has seen first-hand the drag scene transform since moving to Chicago in 2007. We sat down with the International Black-Bearded Beauty, artist and host to see why the community has fallen head-over-heels for this Queen.

VHC: What are your pronouns in drag? Out of drag?
LS: Out of drag I prefer they/she/he in that order but in drag it’s she/her/Queen!

VHC: Tell me about the first gig you performed in drag.
LS: Hahahaha, well it was a Halloween party at the first bar I ever worked at when I first moved to Chicago! I was a really piss poor Diana Ross with a ratty wig and heels that were too small.

VHC: Tell us about the first time you put on/someone put you in face?
LS: My first experience with wearing drag makeup was because of my good friend Sofia Saffire. We went to college together and were even in the same fraternity (lol)! She moved to Chicago a few years before me and when I arrived she welcomed me with open arms and a set of makeup brushes!

VHC: Who is your favorite non-drag race Queen?
LS: It’s so hard to pick one! Chicago is currently the epicenter of underground drag and we’re blessed to work and live in this community that supports our art and encourages all forms of drag. Off the top of my head, I’m a big fan of Nico/Bambi Banks-Coulee/Hinkypunk/Aunty Chan/The Lady Ivory/Imp Queen and so many others! I could go on and on but I’ll save you the paragraphs, lol.

VHC: What does drag mean to you?
LS: Drag means the world to me. Drag came to me at a time in my life when I needed some nerve and hope and it gave me all of that and more. It’s helped me discover more about myself and this world than I ever could have imagined.

VHC: What advice would you give to new performers?
LS: 1) Be on time! 2) Kindness and compassion are more important than status and social climbing. 3) Everything happens when it’s supposed to. Work hard and don’t worry about who’s getting more gigs than you. 4) More rhinestones. 5) Less flats. 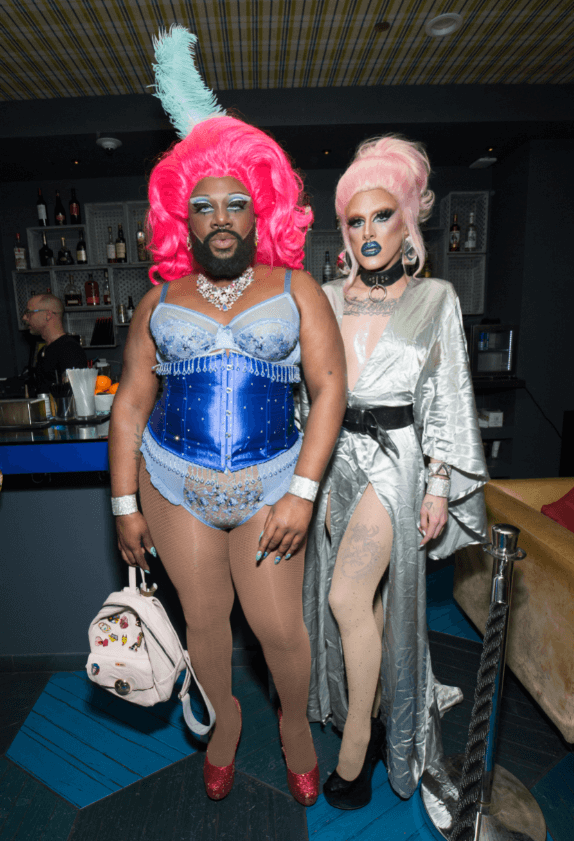 VHC: How do drag and activism intersect for you?
LS: I think that all forms of drag are activism. As for me, being a Black, non-binary, bearded queer performer is activism in itself. Me being visible, outspoken and authentically me is where drag and activism meet for me.

VHC: Describe your ideal gig.
LS: Any gig with a great crowd, free booze and a triple-digit booking fee!

VHC: Tell me about your favorite look you’ve ever created.
LS: I’ve done many over the past six years but one of my faves is still one of the looks I did in my first year of drag! It was a space rave disco Dalmatian and I won a look contest that night!

VHC: How did you get your name?
LS: My current name was given to me by my best friend at an Oscar party yearsssssss ago! It was a perfect mix of the housewife and filth that my drag embodies!