It was 10 years ago that Michael Kolar and Alexander Fruchter founded Closed Sessions —and Chicago’s hip-hop scene hasn’t been the same since. What started as a documentary series for Fruchter’s blog has grown into an indie record label recognized around the world, working with artists such as Jamila Woods, Jack Larson and Kweku Collins. But Closed Sessions is much more than a respected expert on Chicago’s hip-hop scene. The duo puts their money where their mouths are by supporting the community around it. “Our specialty is helping a new artist find their voice, and then make people care about it,” says Fruchter. “So many of my favorite moments are not about me, but the artists we’re working with achieving milestones.” For Kolar, it’s “seeing the look on their faces the first time they go to the Capitol Records building or soundcheck on a large festival stage” as some of his favorite Closed Sessions highlights over the years. Here’s what else you need to know about this Chicago-based company.

What inspired the name? MK: Our very first session was with Curren$y in which he instructed us to have no one come to the studio.  The session and documentary from that night turned out amazing, in part because the artist has a creative environment all to himself to create in. For every session since, we created a studio environment that fostered creativity with no unnecessary distractions or outside influence, hence the name Closed Sessions.

How is Closed Sessions different from other indie record labels? AF: Our whole formation exists on YouTube. Our history is fully traceable and documented, and it is also at the core of who we are. We came up at a special time in Chicago hip-hop as well as the digital transformations of the music business. That history, that perspective, the character traits, and work ethic imparted on us by the city of Chicago jump out to me as what sets Closed Sessions apart from other independent labels.

Closed Sessions is also known as a mentor for inexperienced artists. Why did you take on that role? AF: We take a holistic view of music, art and what it takes to be successful. I came from a DJing and writing background; Mike is a studio owner and engineer. We see the unsung heroes all day. Since I was a kid, I heard, ‘You need to leave Chicago to be a successful artist.’ We exist to change that, and the only way to change that is to provide structure and resources to the artists. We want to work with new musicians and develop talent, no question. But we also want to develop other young people in their respective fields. We want the full scene to grow, and I think that is a crucial element in being part of a community. It is also embedded in hip-hop culture. Lastly, my mom was a CPS teacher, I was a CPS teacher, I now teach at Columbia College. Teaching is somehow just in my DNA, and it applies to our work at Closed Sessions as well.

Why hip-hop?  MK: After coming up in Chicago’s rock/punk scene, I felt constrained by what could be done with the rock format. Hip-hop allowed for far more boundaries to be pushed. The collaborative aspect has made me a better engineer. I always root for the under-dog, so the social message and the outlet for the less heard is amazing. Plus, I always love a good story. 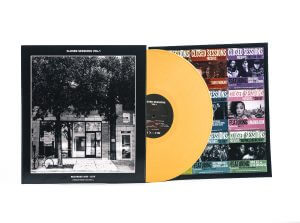 AF: I fell in love with hip-hop as a kid growing up in Hyde Park. I eventually started DJing and chasing down my favorite emcees for interviews and becoming politically and socially active through an organization called Hip Hop Congress. I have tried to celebrate and contribute to hip-hop in any way possible since. Closed Sessions is now that vehicle. Also, the hip-hop community was leading the way in the blog era, embracing technology and alternative distribution methods first. Closed Sessions as an idea would not work in any other genre. Now in 2019, we have branched out and released music with artists of all sounds and styles. But at the core of all our releases is that small piece that ties them all together regardless of genre, and always back to our hip-hop foundation.

What makes an artist Closed Session-worthy? AF: I don’t think about the artist being “worthy” to join Closed Sessions. A lot of my time is spent convincing artists that we are worthy to work with them. It’s really a feeling when listening to an artist’s music. We are really small and can’t afford to be wrong or do things just to do them. We want to work on projects that can be impactful and that we can sink our teeth into.

How does Chicago hip-hop differ from other cities? MK: We actually have a music scene and community here. NYC’s gentrification makes even Jay-Z complain about the cost of living and L.A only has a “Winner’s Circle” where once you are on, you can plug-in. But both coasts’ capitals don’t have a ground level scene to foster new artists. That allows Chicago artists to operate at a much more authentic level and have an edge.

Where do you find your talent? AF: The talent kind of finds me. I don’t study blogs or go “searching” for artists in those traditional ways. I like a more organic relationship. Some of the artists sent me a demo that I was blown away by or was recommended by a mutual confidant. There’s another artist on our label that I found through my classroom. For me, it’s not about searching for talent but more being aware, being open, and being able to recognize when the talent presents itself.

Where would you like to see Closed Sessions in the next 10 years? AF: I want to continue to release important music from new and emerging artists. I’d like our label to be a source of employment for other young people working in Chicago’s music industry. And I’d like to be able to look back on a catalog that I am proud of. MK: I always want to be on the front lines of music. Fostering new artists, creating new sounds in the studio. Really just an amplification of what we are doing now but with more artists, more employees, new opportunities, more empowerment, more community. 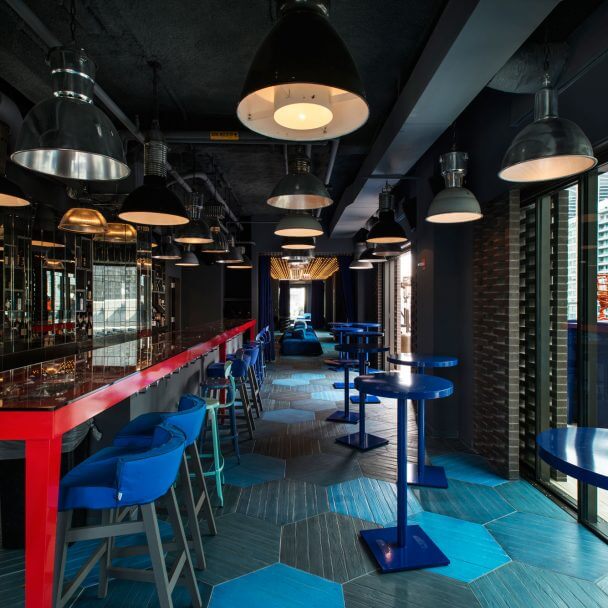 Make Our Chicago Rooftop Bar Your Own

If you’re planning an event in Chicago, let us help you make it one your guests won’t soon…